Hello! I am a Irish athlete with a broad range of interests. I enjoy running, travelling, writing and photography, and in 2013 I combined my biggest passions and published my first book. The book, Notes from Higher Grounds (Kukimbia Huru Publishing), is a travel guide for endurance athletes looking to train at altitude. I have a BSc in Sports Science and a PhD in Exercise Physiology, and have spent the last 10 years helping high performance athletes achieve their potential.  My book can be purchased via Altitude Training Camps.
InfoBarrel is a writing platform for non-fiction, reference-based, informative content. Opinions expressed by InfoBarrel writers are their own.
InfoBarrel > Travel & Places > Places > Ireland

Top Things to do in County Wicklow, Ireland

County Wicklow, known as the Garden County, is located on Ireland's east coast, between Dublin and Wexford. The county is full of dramatic mountains, scenic seascapes, forests, gardens and historic buildings.  Glendalough is the best known attraction, but there is much more to County Wicklow than this ancient lakeside monastery.  Just south of Dublin, and easily accessed from the capital, Wicklow makes a welcome respite from urban life. To get the most from your trip, be sure to pack your hiking boots.

The valley of the two lakes

Glendalough, literally the valley of two lakes, is the picturesque is home to Ireland's best known monastery ruins. The monastery at Glendalough was founded by St Kevin in the 6th Century, and remained in use until 1539. It should be emphasised that these are ruins, but the area is of more than historical interest.  The walk between the two glacial lakes is particularly pleasant, and the area makes a wonderful day out for all the family.  Of particular interest is St Kevin's Cross, carved from a single piece of granite and one of the largest cross, and the near perfect Round Tower. The Visitor Centre has an interesting audio-visual show and exhibition, and holds free lectures on Irish history and heritage during the summer months.

Powerscourt House and Gardens, just outside Enniskerry village, is one of the many fine houses and gardens that gives Wicklow it's nickname The Garden of Ireland.

The house, set on a 19 acre site, was originally a 13th century castle, which was extensively adapted in the 18th century. The work, commissioned by Richard Wingfield, 3rd Vicount of Powerscourt, was designed by architect Richard Cassels.

The 19th century gardens at Powerscourt, like Johnstown Castle gardens in Co Wexford, were designed by Daniel Robertson and inspired by the palace gardens at Versailles and Schonbrunn, near Vienna, and the gardens at Schwitzingen Castle near Heidelburg. Commissioned by Mervyn Wingfield, 7th Vicount of  Powerscourt, the gardens took 20 yeas to complete. Notable features include Tower Lake, Triton Lake, Dolphin Pond, Japanese, Italian and walled gardens, winged horse statues, Bamberg Gate, and a pet cemetry, which includes very personal tombstones.

Tara's Palace Museum relocated here from Malahide Castle in Dublin in 2011. The museum, centred around Tara's Palace, one of the greatest doll's houses in the world, includes dolls, doll's houses and miniatures and other historic toys.

The site also incorporates a golf course, an Avoca Handweavers restaurant and an autograph collection.

Powerscourt Waterfall, which at 121 metres is the highest waterfall in Ireland, and the surrounding valley are also located on the original Powerscourt Estate.  The waterfall is 7 kilometres from Enniskerry.

The heart of County Wicklow

Both Glendalough and Powerscourt are within the Wicklow Mountains.  Indeed this majestic mountain range takes up much of county Wicklow, and many of the county's best activities are based within the mountains.  Wicklow Mountains National Park covers part of the range and is a valuable recreational space within easy reach of the capital.  While it is estimated that more than the park receives more than a million visits each year, the area portrays isolation and wilderness at their absolute best. Bogs and heath blanket the rounded peaks and upper slopes of the mountains, with the dramatic open vistas interrupted only by winding roads and forest plantations.

Scenic drives through the area include Wicklow Gap, a route linking East and West Wicklow via Laragh, Glenmalure, Aughrim, Avoca and Rathdrum, and Sally Gap, the road from Dublin to Glendalough via Kilternan, Enniskerry, and Laragh.  Sally Gap is also a popular road cycling route.

If walking or mountain biking cycling is more your thing, then Wicklow way, a 129 kilometre trail from Marlay Park in South Co Dublin to Clonegal in County Carlow, is the best way to see the mountains.  The route, which uses mountain paths, forest tracks, quite country roads and boreens, is typically completed in 5 to 7 days.  The northern section is made up o steep-sided glacial valleys and mountain peaks as it crosses the Wicklow Mountains, while the southern section is comprised of gentler rolling foothills. 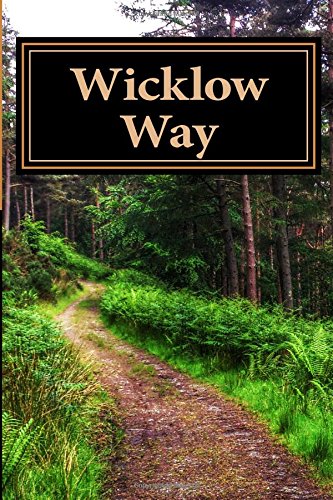 The birthplace of Charles Stuart Parnell

Avondale House, near Rathdrum, is set amid a 500 acre forest park. The Georgian House contains many original pieces of furniture and fine examples of decorative plasterwork, but is best known as the birthplace of Charles Stewart Parnell, one of the leading Irish political leaders in the late 19th century.

The park contains a variety of tree trail walks of various lengths up to five hours.  There are three orienteering courses, the maps for which can be downloaded from the Coillte Outdoors website.

A fun day by the sea

Bray, just south of Dublin's city limits, is a large tourist town and seaside resort. A number of excellent hotels, guest houses and restaurants overlook the 1.6 kilometre sand and gravel beach and promenade. Brayhead rises steeply to the south of the town offering panoramic views of the sea and surrounding mountain peaks. A 7km trail leads from the end of the promenade, along the head to the small coastal town of Greystones.

The National Sea Life Centre, located on the promenade, is home to more than 1,000 creatures, including octopus, stingrays seahorses, black tip reef sharks and red-bellied piranha.

Summerfest, a 6-week festival offering more than 100 free entertainment events, runs every July and August in the town.

Ardmore Studios, Ireland's only film studios is located in the town. Excalibur, Braveheart and Breakfast on Pluto are among the feature length films shot here.

Guided tours are available at Kilruddery House, just outside the town. The adjacent 17th century gardens are also popular, and a farm market is help year round in the hourseyard and grainstore.

Other sites, attractions and activities

Mount Usher Gardens was planted in 1868 in the Robinsonian style, a style which emphasises informal planting in harmony with the garden's natural setting.  Today it contains more than 5,000 species of trees, shrubs and plants and is also worth a visit.

Attractions at Russborough House, a large stately home near Blessington Lakes close to the Kildare border, include a maze, forest walkways, a playground and daily sheepdog demonstrations. Guided tours of the house are available, and refreshments are available in the newly refurbished tearooms. A number of artisans have studios and workshops in the courtyard area adjacent to the house.

Greenan Farm Museums and Maze is also worth a visit. In addition to the farm museum and mazes, there is a wild nature walk, farm animals and tearooms, ensuring a fun day out for all the family.

Wicklow Gaol is an atmospheric jail museum experience offering visitors a glimpse into prison life in days gone by. The three story building dates from 184203, though a jail has stood on the site since 1702. Between then, and it's closure in 1924, the jail played a role in some if Ireland's most significant historical events, including the 1798 Rebellion, the Great Famine, transportation of prisoners to the colonies, the 1916 rising, and subsequent independence. In addition to exhibits on each of these, the jail, located in Wicklow town, is home to the Wicklow Genealogy Centre.

Avoca is a particularly scenic village on the river of the same name, and grew up around its historic coper mines. It was the location of Ballykissangel, a popular BBC drama series which made actor Colin Farrell a household name. Sites from the Ballykissangel set, ruins of Avoca mines, and the Avoca handweavers, are among the village's attractions.

There are golf courses in Aughrim, Druids Glen, Glenmalure and Roundwood, among others. The beaches Wicklow, Arklow and Brittas Bay are suitable for swimming, and sailing and windsurfing are also available along the coast. Fishing is available on the Avonmore, Aughrim and Avoca rivers, and at fisheries in Aughrim and Annamoe. 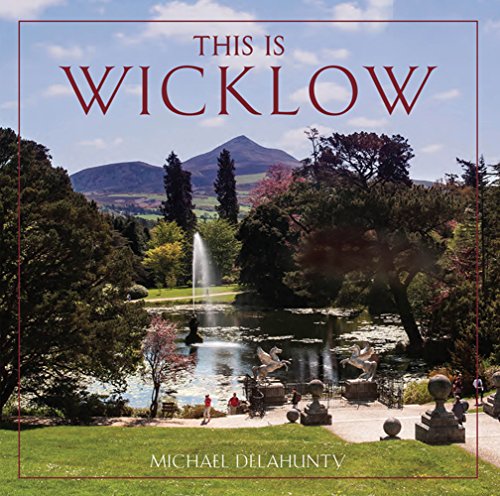