Why did the Roman Empire fall? Historians have argued over it for centuries. Was it because they overextended themselves and what their military could enforce? The spread of the values of Christianity? Perhaps it was too much economic decay from barbarian skirmishes and raiding. In the case of Total War: Rome II, Rome fell because it was under the hand of my terrible leadership.

Total War: Rome II is the latest edition to Creative Assembly's long beloved and time-sucking Total War series. For fans of the series, the months, days, and hours oozed by as this game slowly chugged towards its release date of September 3rd, 2013. Now that it is here, it seems as though the game should not have been as anticipated as it was. Those familiar with the original Rome: Total War will feel at home with much of how the game is conducted. The game follows the annals of history, players shouldn't expect a lot of change to the general plot. Much of the same factions are present as in the first game, as well as many of the same mechanics. In fact, much of Creative Assembly's efforts seemed to be making the game more beautiful as well as tweaking some of the gameplay of the original to fix the problems it had and make the end game more manageable. Overall, it feels much like the first game in a shiny new wrapper.  Not that that is a bad thing.

Again, Total War: Rome II picks up its role as an expansive turn-based strategy game that takes place from a campaign map. Players will manage their provinces and use their armies to bring the rest of the world under their heel, from Europe to Africa and into Asia Minor.

It seems a key difference that Creative Assembly decided to focus on first and foremost was scale. If the original game was big (which it was) then this game is massive. Even the Roman faction feels much like a drop of water in an ocean, the map is populated with beautiful forests, mountains and landmarks from the ancient world. Cities are designed to look specifically designed in the architecture of the faction. A new feature is that cities can expand with the click of a button once the qualifications are met. It pretty much looks like the opening credits of Game of Thrones.

However, while it is refreshing to see the grand scale return after smaller scale games like Napoleon and Shogun 2, the big scale also comes with something that truly brings the game down—lag. Considering the campaign map is where most of Total War games has always been played, it is a real problem when it lags. The frame rates dipped as low as five for me when scrolling across the campaign maps, and like other Total War games, it on occasion straight up freezes when scrolling over water. The freezes can fix themselves, but sometimes they freeze so bad the game crashes. I have always like to play games on the highest graphical settings just because I can, but with Total War: Rome II my beastly gaming PC has met its match. Even turning the game down to the lowest settings doesn't much help the freezing problems. It does however help the frame rates, so there is that. Just to get the three screenshots I took of the game on maximum settings it took me 20 minutes, just so much lag and load times. 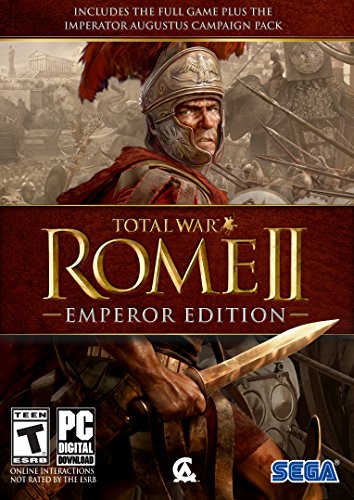 An improvement to the game that is actually pretty refreshing is that cities are now lumped into provinces. These provinces allow for players to quickly look through and upgrade cities without having to flip through all the individual cities just to make sure you had barracks or something like that built. This is an effort to make an improvement to the tedious end game play of the original game, in which you needed a solid 30 minutes to go through towns and build things before continuing battle. If you even cared about those things when you got to the end game, that is.

The sluggish pace in which scrolling over the campaign map isn't the only slow bit of this game though. While there are only eight playable factions (not counting the chooseable houses within them), there is no shortage of non-playable factions. There are TONS of them, at first I enjoyed the site. However, a few turns in the novelty wore off. It took a solid minute for the factions to all go through their turn. To put this in perspective, in Total War games, when players aren't fighting they spend maybe 30 seconds queuing buildings, soldiers and managing all their stuff before ending their turn. When a player waits longer for other AI players to take their turn compared to actually playing, it is a problem.

One would think this length between turns would get shorter as factions rise and fall later in the game, alas no, it just gets longer. Factions begin moving troops around and it just ends up taking longer. Not to mention that you also have to deal with constant diplomatic affairs (which for some reason all involve me giving THEM money in return for non-aggression pacts or the like). I am 56 turns into my campaign, which is around 11 hours of play for me and it takes 3-5 minutes in between turns. Good thing I have dual monitors and can watch Netflix. And no, the aforementioned  lag was not caused by watching Netflix, the first five hours I kept the second screen off.

Anyway, enough about all the business-end aspects. Total War games have always primarily been about one thing—War! There have been some definite improvements to the battlefield itself. Most of it graphical, however. Your soldiers look less like life bars and more like individual units. They even have adorable tough little generals at the head that give stirring post battle speeches and such.  When zoomed in, the battles look massive and interesting. The AI has also been somewhat improved, now battles are less of a massive kiting affair and more tactical. However, it seems Creative Assembly took a step too far in the other direction. Enemies are less vulnerable to kiting, but perhaps a little bit oblivious. While some units will give chase, others will just completely ignore my tiny horde of raging German berserkers as they murder their comrades.

On the campaign map, the AI seems to have brain damage though. I captured all of a factions homeland and their army fled into my lesser defended provinces. I got a little scared as I was waging war with Gauls and this was all the way near the borders of Russia, a long walk for my main force. However, the forces went three separate ways, where as the lumped sum could have easily taken a city. Two were killed by strong garrisons, but one persisted. He was down to 12 soldiers after his first assault. For 5 turns as one of my armies marched back, the AI continually assaulted the same city. Each time two of his men died and he just kept persisting. When my army got there, there was no sport to be had. Upping the difficulty doesn't do much to change this either.

While this game will look familiar to wizened players of Total War games, any new players to the series will have a difficult time with Total War: Rome II. While there are tooltips to explain what everything does, the tooltips are not always in the most obvious of places. The poor tutorial, which has always been lacking in Total War games as well as the lack of tool tips really place a high learning curve on this game where there is just so much stuff to learn and understand. It really makes this a task to get into for new players.