http://www.infobarrel.com/signup.php?ref_id=75055
InfoBarrel is a writing platform for non-fiction, reference-based, informative content. Opinions expressed by InfoBarrel writers are their own.
InfoBarrel > History

History of the Tower of London

The Tower of London, England, is at the heart of British history and is one of the most famous places in the world. It is also one of the most visited tourist attractions in the United Kingdom. It is well-known for its ravens, beefeaters and the famous Crown Jewels. But it has a very long history.

William the Conqueror and the Norman Conquest

There were settlements around the site of the Tower of London before the Roman Invasion in AD 43 but it wasn't until after the coronation of William the Conqueror in 1066 that there was a need for these Norman invaders to build a stronghold against the fierce population.

So the beginnings of a defence began along the walls already constructed by the Romans.

And with the construction of the White Tower begins the history of the Tower of London as we recognize it today. That work began after 1077, when the Bishop of Rochester was instructed by William the Conqueror to supervise the construction.

Sadly, The White Tower was incomplete when William the Conqueror died  after a riding accident in 1087.

Very little work was done until Henry I completed the White Tower . Henry II was more interested in building castles and appears to have taken responsibility for repairs to the structure of the castle, including some royal lodgings.

From Richard I's reign more details of the building of the Tower of London become known. As soon as he became King, he set off on a Crusade to the Holy Land and left his Chancellor, William Longchamp, to oversee the country's needs. He decided the defences of the country were in need of desperate improvement and, at once, set about working on the Tower with vast sums of money available to him.

The main task was to build a deep ditch and fill it with the water from the Thames, thereby strengthening the defences. This work was still in progress when King Richard's brother, John,  arrived in London to challenge the authority and power  that Longchamp was wielding in the absence of Richard. He fled to the Tower but had to surrender when the new moat failed to hold water. Following Longchamp's banishment the work continued on the defences. The Bell Tower constructed in Longchamp's time is still standing today.

Henry III's England was in a bad way with members of the aristocracy becoming rebellious and French allies becoming more powerful. So Henry III began to develop the Tower of London and its defences against any outbreak of resistance. During his long reign in the 1200's he spent a lot of time and attention on this task. It was the residential area where he initially devoted his efforts. This was to the south of the White Tower with two further towers, the Wakefield Tower and the Lanthorn Tower,  being constructed.

This tower was intended for the King and was very grand. It had a water-gate that gave direct access to the King's apartments. The most impressive chamber was in the tower, itself, and this is where the King would retire to for privacy.

Decoration of the royal lodgings was taken on by Queen, Eleanor of Provence, who whitewashed the walls and had flowers painted on them.

At the same time a new water-gate was built and enlarged into a strong gate-house. Since the 17th Century it has been known as the Bloody Tower.

With unrest continuing, the King began a new wave of improvements to strengthen his defences, yet again. He constructed another line of defences to the east and north and, in fact, doubled the size of the castle. The Parish Church was now included and Henry spent a considerable amount of time improving it.

Edward I is considered England's greatest builder of castles. His work on the Tower of London transformed the castle into the best fortification in England at a cost of £21,000, more than double what Henry III had spent. What a huge sum of money to be spent in the 13th Century.

Diggers set about excavating a huge moat at least 50 metres wide. Improvements included a new gate-tower known as the Postern Gate,  walls were strengthened and raised, area was reclaimed from the Thames and the main water-gate,  the Bloody Tower became an inner gate reached by land and a new outer water entrance, Traitors' Gate, was constructed. Again, the splendid rooms for the King were made on a grander scale.

During this massive development, bricks from Flanders were imported and used for the first time since the passing of the Roman Empire.

In Edward III's reign [1327-1377] an organization specialising in munitions and arms was based at the Tower. A record office was also established in the White Tower for important state documents.

Henry VII [1485-1505] did not visit the Tower very often but he did have a second court built. It was his son, Henry VIII who had the royal lodgings improved ready for the Coronation of Anne Boleyn in May 1533. She was to stay there on the occasion of her execution.

Parts of the Tower were coming into disrepair and so some of the buildings were turned into military stores but were later deemed inadequate for the amount of arms acquired. So a new armouries was built.

Even though more defences were implemented, the Tower fell into the hands of James II's enemies so by the end of the 17th Century the Tower ceased to be the central arsenal for England.

The use of the Tower had few changes during the 18th Century. However, as a result of a fire in 1774, the Ordnance Office was re built. Sadly, a second fire in 1778 seriously damaged the new building.

In 1812, the Royal Mint abandoned its workshops for new ones in the north-west of the Tower.

At this time visitors were encouraged to views the displays of arms in a new museum. Also a new Jewel House was built.

Yet again, a huge fire destroyed the Grand Storehouse and most of its contents in October 1841.

In 1845, the Duke of Wellington laid the foundation stone on the site of the Grand Storeho

Credit: flickr.comuse for a new barracks for 1000 soldiers. A new officers' lodgings and mess were also built.

At that time, many renovations and restorations were taken on and supervised by Anthony Salvin, a well-known Victorian architect.

During the Great War the Tower, again,  became a state prison and a place of execution. German spies were shot.

During the Second World War prisoners were held at the castle before being taken  to prison camps in the North of England. These prisoners were either Luftwaffe airmen or U-Boat men.

Bombing during the war resulted in a great deal of destruction of the roof of the Main Guard.

The Tower you will see today

During the war the Crown jewels and parts of the armouries were removed. Now a small number of people are retained for guard or ceremonial duties. The Tower is no longer a supply base. Skilled craftsmen closed their workshops and the armouries is now housed in Leeds, Yorkshire.

Yet, the Tower still has a Resident Governor with his own staff, and a ceremonial life continues. More than 200 people still work in the Tower grounds and 100 people are resident. The Royal Regiment of the Fusiliers remains there since 1685.

There are many treasures and exhibits on display and the ceremonial beefeater is always there to answer your questions about the last 2000 years of the Tower of London facts! 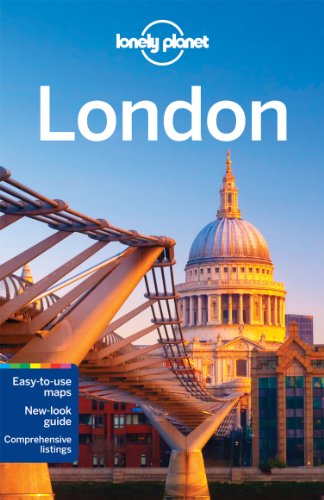