Hello! I am a Irish athlete with a broad range of interests. I enjoy running, travelling, writing and photography, and in 2013 I combined my biggest passions and published my first book. The book, Notes from Higher Grounds (Kukimbia Huru Publishing), is a travel guide for endurance athletes looking to train at altitude. I have a BSc in Sports Science and a PhD in Exercise Physiology, and have spent the last 10 years helping high performance athletes achieve their potential.  My book can be purchased via Altitude Training Camps.
InfoBarrel is a writing platform for non-fiction, reference-based, informative content. Opinions expressed by InfoBarrel writers are their own.
InfoBarrel > Sports > Olympics

The triple jump is one of the four jumping events featured on the Olympic track and field programme.  Formerly known as the Hop, Step and Jump, the triple jump is a beautiful combination of speed, skill and strength.

The event was inspired by the ancient Olympic Games, and a form of the discipline has been held for men at every modern Games.  The women's triple jump is a much more recent addition to the Olympic programme.  Women first competed for an Olympic title in the event at the 1996 Games in Atlanta, after first competing for world championship medals in 1993.

Competitors use the runway to gain speed and momentum before preforming a hop, a bound and a jump into the sand.  Apart from the jump pattern and the position of the board, the rules are the same as for the long jump, the other horizontal jump on the track and field programme.

History of the event

Reports of jumps in excess of 15 metres at the ancient Olympic Games lead historians to believe that there was an event consisting of a series of jumps, and this belief provided the basis for the event now known as the triple jump. There is no further evidence that a triple jump as held as part of the ancient Games, and such reports of extraordinary distances may purely have been exaggeration to highlight the feats of the competitors.

At the first modern Olympic Games, held in Athens in 1896, the discipline consisted of two hops and a jump.  The event was changed to its current format, and called the hop, skip and jump, in 1908.  The early Olympic games also included the standing triple jump.

Triple jump was added alongside the hammer to the Olympic programme for women in 1996. The steeplechase was the only event to receive gender equality at a later date.

Athletes gain speed along the runway and take off from (ideally) or before a wooden board which, in international competition, is placed 13 metres from the sandpit for men or 11 metres from the pit for women. During the initial hop phase, the athlete lands on the same foot as that which he or she took off from. They land on the opposite foot following the step phase, and land with both feet in the sand after the final jump phase. The three phases are complete in one continuous sequence. The jump is measured from the front of the the board to the closest indentation in the sand.

If the athlete steps beyond the board, a foul has been committed and the jump is not measured.  At championship events each athlete gets three attempts, and the top athletes (usually 8) get a further 3 attempts. Results are decided based on an athlete's best jump only, unless there is a tie, in which case athletes are separated based on their next best performance.

Mr Triple Jump, Jonathan Edwards (Great Britain), is the current men's world record holder with a jump of 18.29 metres. He achieved this mark in winning the 1995 World Championships in Gothenburg. Edwards is the only man to win more than one IAAF World Championship title (1995 and 2001). He won the 2000 Olympic title, the 1998 European Championships, and completed the set when winning the Commonwealth Games title on home soil in Manchester in 2002.

Inessa Kravetes (Ukraine) is the women's world record holder with 15.50 metres.  Like Edwards, Kravetes achieved her record breaking performance in winning the 1995 World Title in Gothenburg.

Tatyana Lebedeva, known for here colourful hair styles, won World titles in 2001 and 2003. She broke the World indoor record three times on her way to the 2004 World Indoor title. In addition to three Olympic medals in the triple jump, Lebedeva also won the 2004 Olympic title and the 2007 world title in the long jump.

An unprecedented six women achieved 15 metres or longer at the 2008 Olympic Games in Beijing.  The competition was won by defending champion Francoise Mbango of the Cameroon, who's 15.39 metre performance was the second best ever achieved by a women. 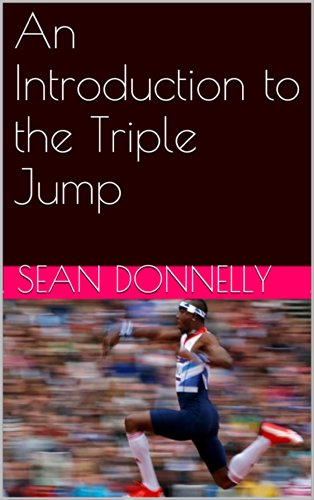 An Introduction to the Triple Jump Amazon Price: Buy Now(price as of Mar 23, 2015)
Next >> 2014 Sochi | More Reasons To Love Our Canadian Athletes