Trampled by Turtles: Putting Duluth, MN on the Map for Indie/Folk/Bluegrass Music

Duluth, MN, Minnesota’s fourth largest city, located at the far western shore of lake superior, has always been known for it’ s frigidly cold winters and lake front squalls.  It is a hub for ocean liner vessels carrying coal and taconite along the St. Laurence seaway, to and from the Atlantic Ocean, passing by various ports along the great lakes system.  The town offers a close drive for locals and tourists to the Boundary Waters Canoe Area, camping and hiking at Gooseberry Falls State Park and the Superior National Forest, as well as many other outdoor and recreational adventures.   What Duluth hasn’t typically been known for is its hot bed for indie/folk/bluegrass music.  But in the last 10 years, the band Trampled by Turtles has put the town of Duluth on the map for exactly that.

Trampled by Turtles formed back in 2003, and is comprised of 5 members:  Dave Simonett (guitar/vocals), Erik Berry (mandolin), Dave Carroll (banjo/vocals), Tim Saxhaug (bass/vocals), and Ryan Young (fiddle/vocals).     A large part of the band starting was because front man Dave Simonett had his electric guitar and equipment stolen after the last gig with his previous band.  As result, he had to turn to his old yamaha acoustic guitar to play with, as he didn’t the money at the time to buy new equipment.

How the Band Formed

Simonett, while playing guitar with another group, opened for Erik Berry’s band at their last show in Duluth.  Berry, who was playing bass at the time with his current band, invited himself to play mandolin with Simonett, and the two started playing duo side gigs in addition to playing with their current bands.  After Simonett’s equipment was stolen, the two started playing more often together.

Dave Carroll, who played banjo, and had never been in a band before happened to see simonett and Berry playing together at a show, and afterwards asked if they would be interested in him playing banjo in the group.  They agreed, and newly formed side project became a trio.

Tim Saxhaug was a bass player in a jam band.  He saw the trio playing at different shows, and after meeting them, was invited over to play.  Saxhaug was available to play the next dozen or so gigs with the band.  The chemistry was good, and he stayed with them.

Ryan Young was the final ingredient to join the group that was soon be Trampled by Turtles.  The four other band mates saw him play with another group in the area and got him to play with them at some of their gigs.  They noticed a huge difference in their sound during the shows he wasn’t able to play with them, and soon after convinced him to become a permanent part of the group that was soon to be named Trampled by Turtles.

How They Got Their Name

Unlike many groups who have a great story or reason behind the naming of their band, Trampled By Turtles has no rhyme or reason.  When the group was playing with just four of their original members as a side project, they had a few gigs booked, and the venues needed a name for them.  They had a bunch of ideas written down at the time, and didn’t want the name to have any “bluegrassy” meaning to it.  The name had been among the ones jotted down and the group went with it.  It stuck, and quickly became a household name among fans all over the country.

Trampled by Turtles have written and recorded Six albums since forming together in 2003.

Songs from a Ghost Town: October 2004

Trampled by Turtles recently celebrated their 10th anniversary as a band with a three day stint at the legendary rock and roll venue First Avenue in Minneapolis Minnesota early November 2013. 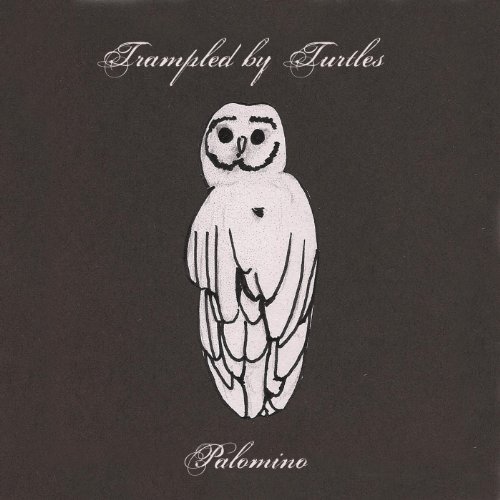 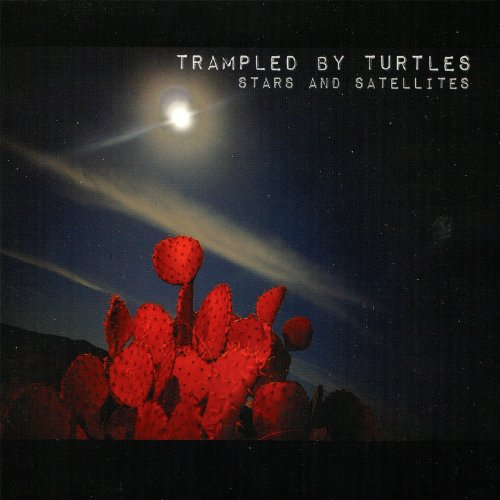 Stars and Satellites:Midnight on the Interstate