Dangers of driving at night

It is bad enough driving on our roads during the day but the added risks of night travel are doubled.  During the day you have a chance of spotting the cattle or kangaroos darting across the road in front of you but at night you would not even have any warning.

Like in the picture above. This apollo van would be I believe a write off.  It suffered damage in the front from hitting the bull and we were told they were towing a vehicle so that when it hit the van was damaged in the rear from the impact from their towed vehicle.

There were no obvious skid or brake marks on the road probably because it was too late when they hit the bull.

We all need to be more vigilant when driving on any roads. And night time is often made worse with people driving with their lights on high beam which can temporarily blind drivers for a moment.

Parking Caravans or RV at night

Many people when going on holidays look at the things they need to take with them and often decide on the way they will get to the places they want to go but forget about looking for safe places to park their caravans or RV's for the night.

Because the ground looks okay when they stop is not good enough.  In Australia the red dirt is a well know trap for the unwary.  When dry it it rock solid but at the slightest sight of rain it turns to mud. Yes mud that could bog down for days or even a week with a good rain.

We stopped for a few days at the De Gray river on the way up north and it is a beautiful spot to stop.  You can enjoy a camp fire in season and walking along the river and looking at the trees and bird life.

The weather was beautiful when we stopped but overnight it poured and their was water laying everywhere. As usual everyone wanted to leave early and instead of waiting for the water to soak in for a couple of hours they all wanted to drive off.  Wrong- they soon found out they were well and truly bogged.

We watched for a while and then our neighbors in a big winnebago bus got stuck.  You guessed it my husband unhooked our vehicle and towed him out, only for him to get stuck five minutes later.

In the end he towed four other out that same morning.  If only they had looked for solid ground the night before or at least waited for the sun to dry out the ground it would have saved that problem.

This huge tree trunk was stuck high up about twenty to twenty five feet above the ground in a tree after the last flood.  It is just unbelievable how high the water rises in the winter storms.  I would love to see it but hate to be there under such dangerous situations when you see what happens to these massive trees.

Books for traveling off the Beaten track 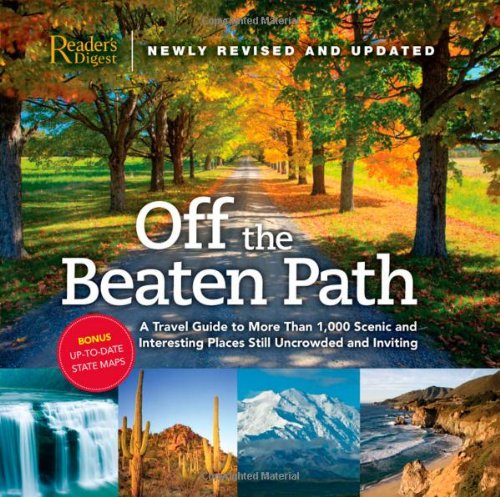 Off the Beaten Path: A Travel Guide to More Than 1000 Scenic and Interesting Places Still Uncrowded and Inviting Amazon Price: $30.00 $14.99 Buy Now(price as of May 11, 2015)
This book will offer you a few ideas for traveling off the beaten path to new type adventures for the whole family

We had rain at the De Gray river but people at Mary Pool near Fitzroy were worse off as a Helicopter came in and warned everyone to leave at once or stay for a while until the water level dropped again.

One Motorbike rider was not so lucky he evidently tried to leave but had to be rescued.  When we arrived we saw what was left of his bike and read the message he had left on it.

With some tender loving care I think someone could restore this and send him some photos to remind the owner of how lucky he was to still be alive.  People take so many risks without realising how dangerous it could be at the time.

Never take water for granted there is a lot of force behind flooding water and it could easily drag a larger vehicle away without any chance of recovering it. Sorry I could not make the writing any clearer.

If you look carefully you can see the ripples in the picture above, that is the crossing we drove across although it had dropped a lot when we arrived here and further still when we left. This was a great place to stop for a couple of nights camping under the stars. And I did not see one mosquito either which was a real blessing thats for sure. 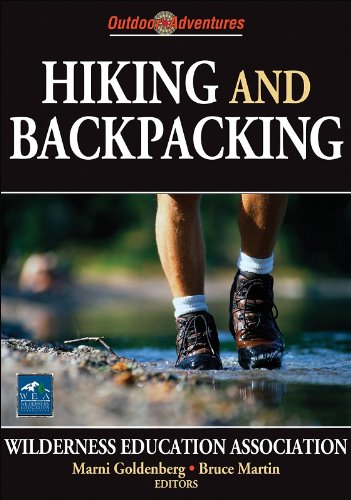 Hiking and Backpacking (Outdoor Adventures Series) Amazon Price: $21.95 $5.80 Buy Now(price as of May 11, 2015)
Tips and Ideas to prepare you for your backpacking adventure

What do you think? Is this an accident waiting to happen or what.

There are two kids standing on the right side running boards and there was another child on the other side too.

I think it was the mother driving this over rough terrain at de gray river and another person taking photos. If one fell they could not only go under the back car wheel but be run over by the camper trailer as well.

Some people should not have kids if they risks their lives like that. I mean kids get hurt all the time without adding to that risk needlessly.

We turned the corner to find a dead bull half way across our side of the road. Luckily we had time to stop as the semi truck heading our way was not going to stop. 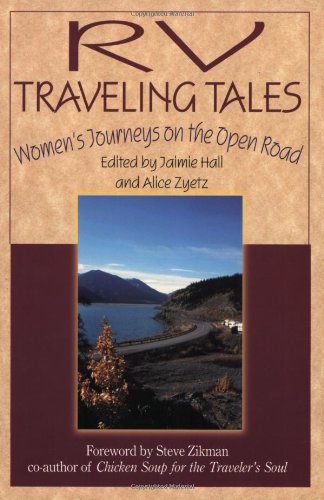 RV Traveling Tales: Women's Journeys on the Open Road Amazon Price: $14.95 $2.94 Buy Now(price as of May 11, 2015)
I was surprised at the amount of women that are traveling on their own these days. So I thought this book could give them some ideas to prepare for that next trip
Next >> A Punishing Hike to Mt. Ypsilon in Rocky Mountain National Park