Thanks for Reading.  You can check out fitness information for those starting their new fitness lifestyles and have zero time to spare here.  zerotimefitness.com If you want to find out how you can write for infobarrel and start earning passive income click here.  Its free and easy to do!
InfoBarrel is a writing platform for non-fiction, reference-based, informative content. Opinions expressed by InfoBarrel writers are their own.
InfoBarrel > Travel & Places > Travel Advice

Traveling Into Shark Territory: The Bloody and Horrific "Need to Know" Truth

You all know the familiar sound and you can probably replay it in your heads.  The dreadful jaws theme music that has been so vividly engrained into us.  As we look out into the seemingly abysmal and vast ocean, it is hard to even fathom the things that could be out there.  Why is it though that some of us can’t even look out into the water without expecting to see a giant shark fin briskly slicing its way along the surface in the direction of the next unsuspecting victim?  Is this visual something that we should actually be fearful of, or have our thoughts been so skewed that we don’t know what to believe anymore?

I don’t care who you are, coming across the absolute perfect predator under the wrong circumstances would be an absolute nightmare for anyone.  The thought of such a gruesome encounter would be absolutely horrific.

Imagine for a second that you are swimming just outside the surf zone at your favorite beach.  You are enjoying the beautiful sunshine, the slight breeze, and the joyful sounds of summer all around you.  You look toward the beach and you can see your friends enjoying their time in the sun.  You wave several times out to them with a smile on your face only to realize none of them are actually paying attention.  Not a big deal.  As you begin to relax, you slowly lay your head back into the water and allow the motion of the waves to move your body up and down.  This is what life is all about.

Suddenly something touches your foot.  Something big.  You abruptly make yourself vertical in the water and begin looking all around you.  Quickly turning you head to the left and to the right you realize that the water is too murky to see anything.  Everything in your mind is telling you to swim back as fast as you can, but if you panic you look like prey.  On the other hand, if you make the surf zone, the waves will carry you in and it won’t be able to get you.  Should I go?  Should I stay?  Your mind and heart race each other as you tuck your legs and feet as close to your body as you can.  You want nothing more right now than to have whatever it was that touched you to just go away.  Promising yourself never to go into the ocean again after this, your mind begins to run wild.  You picture that a 17 foot, 2 ton great white shark is going to use its endless rows or razor sharp teeth to dismantle your legs in a manner which makes you reconsider your own meat eating dietary choices.

Then...... it happens.  As you float passively through the water, something large suddenly places itself against the meat of your thigh.  Instinctively throwing your legs down into the water hoping to defend yourself from this bloodthirsty monster, both of your feet plant themselves on a solid surface and you realize.. . . . . . . . you can stand.  Your mind finally comes to sense that you your “monster” all along has been nothing but a reef and a sand bar.

Now standing out passed the surf zone in less than knee deep water, you do your best to breathe deeply and regain all that self-pride you just crapped out.  Your friends take notice to your “Jesus like” walk on water abilities and quickly join you out on the reef where you spend the rest of your day without incident.

Horrifying right?  While the occasional shark attack does occur, more often than not, this is how the story usually ends.  So why is it that we have come so out of tune, misinformed and most of all overly fearful of sharks?

A few Hollywood productions come to mind while dealing with this mind alteration.  The main one though, known by almost everyone out there…….. Jaws.  Everyone knows the sound.  Everyone has heard the anxiety building music that comes with a horrific Jaws scene.  The slow building “BUM BUM” always seeming to be followed with a piercing and blood curdling scream really has a way of making your mind run wild.  This tune is so deeply engrained into the heads of some people that hearing it while swimming in a freshwater lake, where you should have absolutely no reason to fear shark attack, can still cause overwhelming anxiety.   A Hollywood success due to its abilities to create a life-long fear, this movie is far from being truthful.  Believing that there are monster, blood thirsty, human consuming, death machines out there capable of biting your boat in half is as far-fetched as believing your favorite Hollywood super hero actually exists. . . . . . . . Grow up.

The media just loves a good shark attack story.  This is part of the reason that you hear about every attack that happens.  The media works on a ratings system and they sure do love a story they can use to exploit your fears.  They know your fears will sell.  They know that if they go into commercial just after talking about a viciously gruesome shark attack teaser, you’re still going to be around after the commercial break.  Hell, its probably the reason you clicked on this article in the first place.

Imagine for once the national or world media reporting every single car fatality that happened in the nation.  Or better yet, imagine your news station reported every single HUMAN INDUCED ATTACK that happened in your nation.  Goes to show how much greater of a risk you are sitting behind the wheel, or stepping foot into the oh so deadly human territory.

#1 The Sheer Blind Ignorance and "sheep mentality" of People

Somewhere in 2012 the number of shark incidents occurring on the West Coast of Australia skyrocketed.  The number now reached 4.  Immediately the news media swarmed.  As coverage of the incident caught attention on a world wide scale, a mob began to mass with torches and pitch forks.  The growing mob mentality, led by mass media and followed by the unthinking majority of sheeple, protested an outright hunt for the “beast” responsible.  Now, instead of one shark being in danger, the rules were thrown out the window.  People were now able to capture or kill any shark “on sight” thus leading to the senseless killing of hundreds of sharks. You can bet that this never captured any media attention.

The truth is that we are in far greater danger walking down the street, sitting behind the wheel of our cars, or going about other various daily life tasks.  Like I said before, imagine if mass media reported and sensationalized all of the >1.25 million vehicle fatalities worldwide in 2012 as reported by the World Health Organization.  We would have time for nothing else.

We need not look into the vast depths of the ocean to find the species willing and capable of killing millions.  We need only to look deep into the depths of the mirror.

Just imagine if Sharks had news media. What would it say about humans?

Hundreds of Sand Tiger sharks get laid out in preperation for slaughter....at least in this picture they are utilizing the entire animal.

Thousands of shark fins getting ready to be processed.  Most of the time people just cut the fins off the sharks and throw it back into the water where it either gets eaten alive by someting else or slowly sinks to the bottom and suffocates.  This is so fisherman can save space in their boats and return with a product worth more value in its weight.  So if your travels are taking you into shark territory.  Avoid the shark fin soup..... your just contributing to a growing problem if you do.

To learn more about Great white sharks in a more scientific fashion, you can click here for more information. 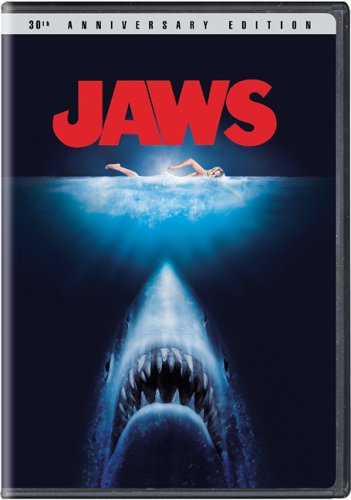 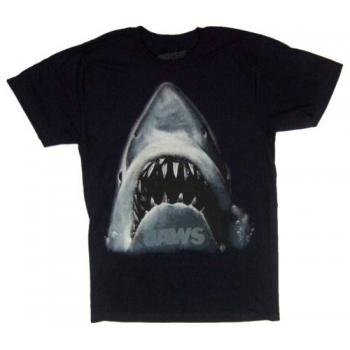