I've spent most of the past two decades in East Asia, holding lecturing and publishing positions in Hong Kong, Japan and South Korea. Among my favorite places are Taiwan and the Philippines. I'm fascinated by local religions and customs, and enjoy reading about history and how the English language changes and develops. I enjoy writing on InfoBarrel. If you love writing, sign up today.
InfoBarrel is a writing platform for non-fiction, reference-based, informative content. Opinions expressed by InfoBarrel writers are their own.
InfoBarrel > Travel & Places > Places > Philippines

Traveling Safely in the Philippines, Part I

The Republic of the Philippines is a fabulously diverse and scenic country. An archipelago of 7,107 islands populated by 99.6 million people who speak 171 languages, it has jungles, beaches, active volcanoes, tremendous ecological treasures and a city bigger than New York. It's also a challenging place to visit, and not only because its information, transportation and law-enforcement systems are less developed than in neighboring countries like Malaysia. But bear the following advice in mind and you're likely to have a highly enjoyable trip.

Unlike other Asian countries which have embraced rapid-transit rail systems and low-emission buses, public transportation in the Philippines still depends on passenger motorcycles, old-fashioned diesel-powered buses and jeepneys (pickup-type vehicles in which passengers sit on covered benches). Air pollution is a major problems, and those with respiratory issues would do well to avoid busy thoroughfares in Manila and other cities, especially during rush hours.

While on the subject of roads, be warned that many streets are dangerously crowded with vehicles and people, and surfaces are poorly maintained, so the country sees plenty of traffic accidents. According to the 2009 Global Status Report on Road Safety (published by the World Health Organization), the Philippines was 70th best out the 178 countries given a rating - slightly better than Thailand and Laos but way below Western Europe.

Water quality is very poor. Most advisories urge travelers to use mineral water when brushing their teeth; avoiding ice cubes is also wise, because they're usually made using ordinary tap water.

Water can spoil your vacation in other ways. Getting from one island to another is usually done by taking a ferry, but some vessels are unsafe. Following a serious accident in 2013, the UK's  Foreign Office told British citizens to avoid traveling on ferries, saying they're "often overloaded, lack necessary lifesaving equipment, are not adequately maintained and have incomplete passenger manifests." In 2008, the MV Princess of the Stars capsized during a typhoon; only 56 of 862 passengers and crew survived. In one 1987 disaster, an estimated 4,300 people perished.

Even if for those staying on dry land, typhoons can be a very serious threat.

Snakes, mosquitoes and other creatures

Given the Philippines' warm climate and mostly rural character, it isn't surprisingly that snakes are common, among them poisonous snakes such as the Philippine cobra. Although the majority of the archipelago's 170-plus snake species are not dangerous to humans, and almost all avoid people (wisely, because many Filipinos enjoy snake meat), you're advised to steer well clear of any serpents you come across.

Malaria continues to be a problem. According to the US Centers for Disease Control and Prevention, the illness is a concern when visiting areas less than 600m above sea level on the islands of Basilu, Luzon, Mindanao, Mindoro, Palawan, Sulu, and Tawi-Tawi. Dengue fever, which like malaria is transmitted through the bite of mosquitoes, is also a serious threat with 96,000 cases last year. The best protection is to avoid getting bitten: Wear long pants, long sleeves and apply insect repellent.

Of creatures larger than snakes and mosquitoes, you need to worry most about dogs. Rabies kills an estimated 200 to 500 Filipinos each year, and anti-rabies shots are standard procedure following any dog bite, even from an apparently docile pet. Any dog or cat bite must be cleaned thoroughly to avoid other infections. If you're far from a medical center and get bitten, immediately make your way to the nearest city for treatment, however badly it disrupts your travel plans.

Other nasties to avoid are the blue-ringed octopus (so venomous humans often die within minutes; no antivenom is available), spiders, centipedes and, if you spend a lot of time in the sea, sharks.

While traveling in the Philippines, you should also take precautions to protect themselves against dangerous and dishonest people. 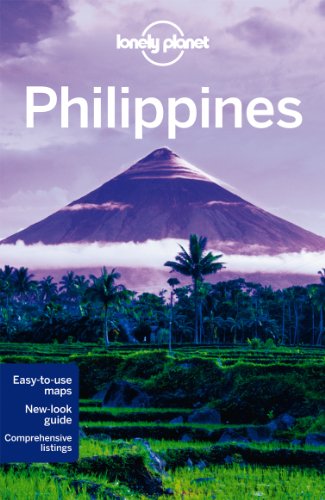 Things to do in Baguio City Philippines