It was Saturday, 26 April 1986, when the catastrophic nuclear accident at the Chernobyl Nuclear Power Plant in Ukraine occurred (under the  jurisdiction of Moscow). Considered the worst nuclear power plant accident in history, huge quantities of radioactive contamination spewed into the atmosphere, as the Moscow authorities fought to contain the contamination. An effort which cost huge amounts of money and man power and brought the Soviet economy to its knees.

Downtown Pripyat, as seen from the top of a roof

The city of Pripyat, which was built to house the workers of the Chernobyl Nuclear Power Plant, was officially proclaimed a city in 1979, but had to be abandoned in 1986 following the Chernobyl disaster. With a population of around 50,000 before the accident, the abandoned city now sits decaying and vandalised, with multi-story buildings collapsing, roofs caving in and structures rotting.

Pripyat was not evacuated until 36 hours after the accident occurred and as residents were told that they would be soon returning, they left most of their belongings and pets. Sadly these pets were left to starve and horrific scenes ensued. Today the abandoned town slides deeper into decay, as the surrounding trees grow in closer and thicker, and the sound of insects grows ever  stronger.

Inside the Pripyat hotel, Chernobyl

Mutations in humans and other animals, increased after the accident. In the first four years after the catastrophic event, nearly 350 animals were born, exhibiting horrible deformities such as missing or extra limbs, missing eyes, heads or ribs, or deformed skulls.

Located 110 km from Kiev and 16 km from the border with Belarus, you need a day pass to gain access to Pripyat. This can be done through tour operators.

View of the Abandoned City of Famagusta

Called Varosha by the Greek Cypriots, this part of Famagusta is a "forbidden zone", fenced off  after the Turkish invaded in 1974  and occupied the Northern part of Cyprus. Residents fled in fear of their lives, leaving clothes, furniture and even dinner on the stove.

Protected by a 1984 UN Security Council resolution, this fenced off and abandoned city can only be resettled by those who formerly  lived there, or their descendants. Like a haunting time capsule, clothes, shoes and appliances from the 1970s, are still displayed in shops; albeit covered in layers of dust and faded from the intense sunlight. The Swedish journalist Jan-Olof Bengtsson, who visited  Famagusta and Varosha in 1977 wrote: “The asphalt on the roads has cracked in the warm sun and along the sidewalks bushes are growing. “Today – September 1977 – the breakfast tables are still set, the laundry still hanging and the lamps still burning. Varosha is a ghost town.”

When I lived in Cyprus for a few years in the 1990s, the country was still divided by a "green line". I recall visiting the home of family who had a look out post in their garden to view the vacant town where they once lived. I remember feeling my eyes expand saucer like and my feelings of disbelief, as I gazed at hotel after hotel, empty and abandoned, with thousands of windows like empty staring eyes.

With no real solution to the Cyprus problem in sight, since the rejection by Greek Cypriots of the "Annan Plan" in 2004  and the original rightful residents of the town growing older everyday, one has to wonder what will be the future of Famagusta and the northern, occupied area of Cyprus?

And so it is the case that cars from the 1970s sit in dealerships and garages. Shops, boutiques, cinemas, library's, churches and schools crumble further into decay and perhaps soon the town will be beyond saving. 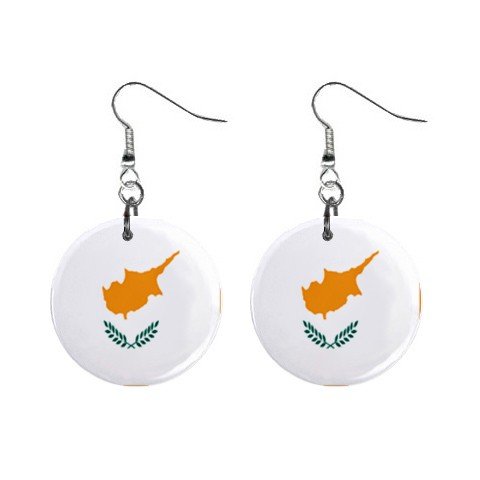