Read my blog for more on online marketing, or join InfoBarrel and earn money from your writing. Use LongTailPro for keyword research.
InfoBarrel is a writing platform for non-fiction, reference-based, informative content. Opinions expressed by InfoBarrel writers are their own.
InfoBarrel > Technology > Internet

Two Trends that Could Damage the Web

There are a couple of trends at the moment that have the potential to cause a lot of damage to how the world wide web works. The web is built up of links between sites, and these two things limit this.The first is that of companies demanding that they be paid for incoming links; the second is a result of Google's Penguin  update.

Having To Pay To Link To Sites

Credit: ClkerThis is not the idea of buying a link on one site that points to your own site. This is, instead, the idea that in order to link to a site, you must pay a fee to the site you are linking to. Bizarre, right? Rather than an unprovoked link to a site being considered something to be desired, some companies are actually considering it theft of their intellectual property.The companies objecting to unprovoked linking to their content are by and large the old, traditional media companies. What they are objecting to is where a site, search engine or aggregator links to a page on their site using the title of the linked to article.

How Will This Benefit These Companies?

Well, quite simply, it won't, but they haven't realised that. Should they actually manage to make it illegal to link to their content, or provide a snippet from, for example, a linked to RSS feed  (something RSS feeds are actually designed to do), it will cost them. Big time.These companies do not seem to have grasped how the web actually works. They want users to visit their site to see their content, and they want to do it directly, either by typing in the site's URL, or using a paid app.The problem is that most users don't know what a URL (Universal Resource Locator) actually is. Or even what a website is. This is not because of stupidity on their part, but rather a lack of technical knowledge. The demographics of web users aren't what they were even ten years ago. Probably the majority of today’s surfers have no technical knowledge at all about how to navigate the web.An average modern surfer doesn't type in the URL, such as http://www.facebook.com, into the browsers address bar - assuming they even know what the address bar is. Instead, if they want to login to Facebook, they are far more likely to type "facebook login" into the address bar (they do know where it is, if not what it is called) which will then do a Google search for the term, at which point they click the first result (and they may not even know what a result is). Which, for some searches, is probably an ad.This example wasn't picked at random, but is actually based on something that did happen. A site published an article that wound up, briefly, ranking first on Google for "facebook login." What were the majority of the comments on the article about? They weren't comments about the article itself, but were instead complaints from users that they couldn't login to their Facebook account. Yes, they'd typed the search term into the address bar, and clicked on the first result, then tried to login there to Facebook. Which, if the site had been a phishing site, would have resulted in a lot of people giving away their Facebook login details.

This Will Probably Cost Them

Credit: eGDC LtdGiven the above that most web users don't know how to actually navigate the world wide web (or that world wide web and internet are not actually interchangeable terms) making sites, including search engines, have to pay to link to your content will most likely result in no visitors to your own site. No visitors = no money = site dies.So far, rulings have been on the side of those saying, rightly, that a link is Fair Use, but recent attempts with SOPA and PIPA have shown the lengths old media companies are willing to go to, and the money they are willing to pay out, to try and protect their old-style marketing rather than actually attempt to create a new style of marketing that is designed to make money from how the web works, rather than how they wished it worked.If they do succeed in their attempts, it will wind up destroying them, although they are currently incapable of seeing this, but they can cause a fair bit of damage in their death throws.

Credit: ClkerThe Google algorithm update code named "Penguin" which was announced on 24th April 2012 is designed to reduce the search engine ranking of websites that use techniques that Google does not approve of, which includes but is not limited to various linking schemes and methods. Many websites that used what Google considers unusual linking received an email from Google stating this.This is apparently an increased emphasis on "natural" linking, although it does at times appear that the only links that Google consider to be "natural" are those bought using their AdWords product.One outcome of this has been that many websites and companies are sending out emails to owners of other sites demanding removal of links to their site. This is often happening no matter how that link got there - even if it was added in a natural fashion or was added by or for the site now demanding it be removed. Legal action has on occasion been threatened if the offending links are not removed.It is worth noting that "natural" unprovoked linking to sites, which is what Penguin is supposed to encourage, is something that the companies mentioned in the first part of this article are often utterly opposed to.Google has started messaging site owners when their site has links pointing to it that are, or might be, suspect. This has prompted said owners to message those sites where their link is, asking the link and/or content to be removed. It's unknown how many links and pages of content have been removed so far, but it's likely to be at the very least in the tens of thousands, and this is just the beginning.It would have probably been better for Google to just discount those links it considers dubious, rather than actively penalising sites for having them, and thus allowing any unprincipled company to damage their competitors by spending just a few hundred dollars, costing said competitors search engine rankings and sales, plus whatever it costs to fix the problems caused.

Credit: eGDC LtdThe web is built of links, going from one site to another. Both topics mentioned above could cause some links to generate legal action or worse against site owners. Sites would then be afraid of linking to each other, shattering the web. It would even affect search engines, giving web users no easy method of finding sites or content. User posted links, likes or pluses could be banned by site owners, as allowing them could land the site in legal trouble or with numerous lawsuits.

Of the two trends mentioned, it's Google's actions that are the most damaging. Because of Google's enormous influence sites are demanding that links are taken down all over the place, even quality links from quality sites; links that previously the linked to site would have been happy about. Sites are desperate to remain on Google's good side, or possibly lose a damaging amount of traffic by performing worse in their search engine ranking.

Is it probable that this will break the web? Hopefully not. Possible? Certainly. 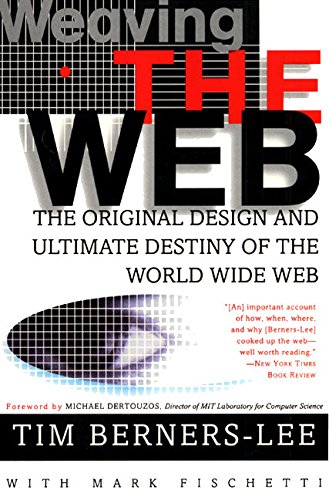