More of Renee Dillon's work can be found at ReneeDillonArt.
InfoBarrel is a writing platform for non-fiction, reference-based, informative content. Opinions expressed by InfoBarrel writers are their own.
InfoBarrel > Lifestyle > Pets & Animals > Dogs

There are many different types of collars available for walking and training dogs. It is necessary to have a dog on a leash while in public places, to prevent it from running places it shouldn’t go (like running onto the road) or having altercations with other animals. Even a well trained dog can become scared or distracted. It is for this reason that it is important to choose a collar and leash that can be used to keep your pet under control, without the risk of causing harm to yourself or it. The following list describes a few of the options available to you.

Choke chains or chain slip collars are intended for walking or training, not intended for a dog to wear all the time. The idea of this kind of collar is for the owner to pull on it to reprimand the dog when it pulls away from the owner, tightening the chain around the dog’s neck. If the choke chain is on a dog while it is unsupervised, it may get caught on something and it may injure itself in an attempt to get free. Unfortunately, even when used for walking or training, choke chains are often used incorrectly. The collar should sit loosely most of the time, so as not to be constantly choking the dog. When a correction is made, it should loosen again almost immediately. If it doesn’t, it may have been placed on the animal incorrectly. If the collar is constantly tight, it means nothing to the dog and it will not teach the dog to change its behaviour. Consider training your dog with an alternative type of collar.

The humane choke collar works similarly to the standard chain slip collar. However, a standard choke chain is made of one piece of chain which can be tightened until it causes injury to the dog. Conversely, the martingale is made of two separate chains connected by three metal rings. Because of the way it is made, it can’t be pulled quite as tightly as the standard choke chain. It may still be possible to injure the dog, depending on the size of the collar and the size of the dog’s neck, but it is considered safer than the standard chain slip collar. Like the choke chain, it is not intended to be left on the dog at all times, as it could become caught. 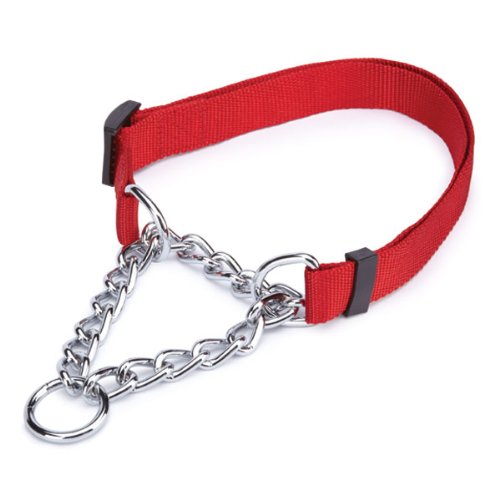 Head collars are used to control the head of a dog, similar to a halter on a horse. The idea is that the body will follow where the head goes, and the head can be guided in a direction using this type of collar. If the animal doesn’t like having something dangling in front of its face and paws at the strap under its chin, train the dog by putting the collar on for short periods of time and giving it food rewards. Distract your pet from the collar with the treats and keep it focused on you, rather than playing with or pawing at the collar. Soon it will become used to the collar and can be taught to walk close to you without pulling ahead. 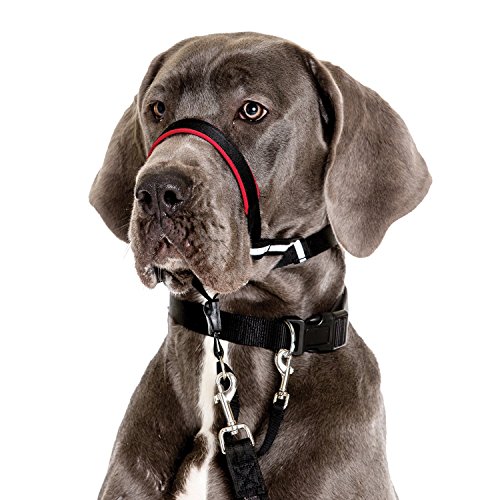 Metal prong collars can be used in situations where the strength of the dog is disproportionate to the strength of the owner (which, to begin with, is not an ideal situation). It is used to physically restrain the dog, rather than teach it to behave appropriately. It works in a similar way to the choke collar, except that it tightens by poking the dog with uncomfortable metal prongs.

A harness attaches the leash to the dog around the chest and legs rather than around the neck. This may be necessary for certain dogs, such as those with slender necks such as greyhounds or those that may suffer from breathing problems such as pugs. Consult your vet about which type of collar is appropriate for your pet. 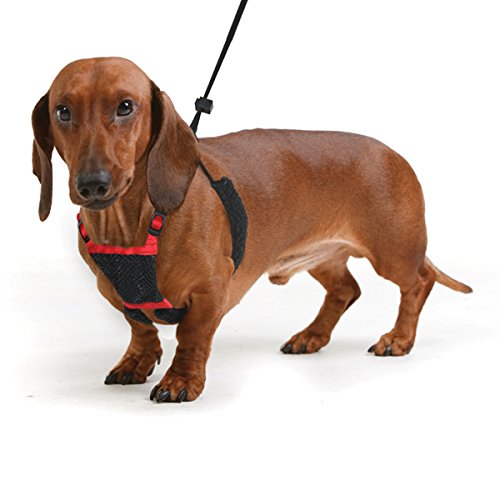 The vibration collar was developed for the use of people with dogs that are deaf or hearing impaired. As the voice commands that most dog trainers use are ineffective, trainers of deaf dogs need to rely on visual signals and commands. However, the dog must be looking at the trainer to notice the visual command. The vibration collar vibrates slightly at the press of a remote control. The idea is to train the animal to look at the trainer when it feels the vibration, so it can be given another command. 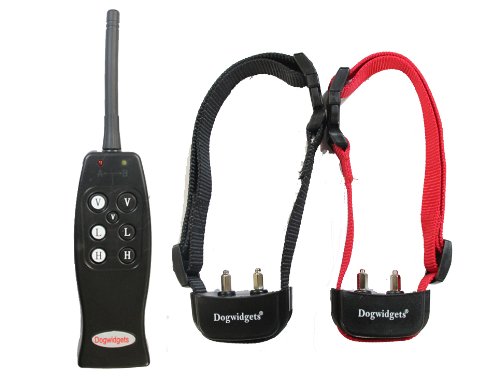 Shock collars are a last resort method for some trainers for dogs that do not respond to other types of training. The idea of the shock collar is aversive conditioning – the animal behaves badly, then receives a shock, and over time will come to associate their behaviour with the painful shock and stop acting that way. Some shock collars also come with a beep function, which can also be used to warn the animal to stop behaving inappropriately. If it is shocked after the beep, it may learn to stop when it hears the beep and not need to be shocked every time. It is important that the owner doesn’t threaten the dog with the remote before shocking it, as it may associate the pain with the behaviour of the owner, and could start to fear the owner for causing the pain rather than think of the pain as a result of its own behaviour.

As you can see, there are a variety of different collars that have different uses. Some are considered to be safer to use than others, and some trainers refuse to use certain types of collars due to the risk to the dog or the ineffectiveness. Ideally, the collar is meant to provide a signal to the dog, to let it know when it is behaving in a positive or negative way. In most cases, this message can be communicated without the need for pain or injury to the animal. If you have any concerns about the safety of the accessories you're looking at buying, or whether they're appropriate for your pet, talk to your veterinarian and discuss your options. Making sure you get the best collar well help to ensure you have a happy, well trained pet.