A favorite with collectors and a financial jackpot for investors, US Large Cents have become a great collectible as well as a financial tool for savvy traders in the rare coin market.

Getting in now could be the last chance to obtain some of these coins. They are disappearing from the market at an alarming rate.

In the year 1792 the congress of the United States authorized coinage of half cents and large cents. The large cent to weigh exactly twice the half cent and both were to be made from pure copper planchets.

A very limited amount of both denominations were struck and collectors will flock to any on line auction or other sale venue offering any example of a 1793 large cent or half cent. This is in fact a great coin to build an entire set around because if you can afford to get one of the minimal amount of surviving examples then the rest of the set will be easy.

Below we'll walk through the various design changes chronologically as the coins were struck. Each design has its own very established collector base and all have key dates and errors within their respective series.

Collecting large cents is a hobby with many possible variations. Some like to collect one coin from every year and some will focus on one of each design type. Some will collect die varieties from a single year. Whatever area of collecting you decide to pursue, make sure to spend a little time learning about your chosen realm.

There are many on line sites like PCGS and Coin World among others that will give you specific info on exactly what your trying to buy. eBay is a great place for research. Look at historical records of auctions completed recently and see what the coins brought. This way you will never over pay for a coin.

Grading is another subjective area. If you want to be sure that what you see is what you get, then sticking to certified coins is recommended, unless you wish to take the time to learn a lot. Be careful not to purchase cleaned coins as they are usually worthless. Some cleanings are subtle and hard to detect.

So the first coins for the US large cent series was in 1793. They were struck every year after that, except 1815, when the war used up the available copper. 1857 saw the end of the large cent and the mint replaced them with the small cent we see today.

Collecting the early year copper cents of the United States is a hobby best left to the rich nowadays as the prices are in the six figures and higher for some rarities. The later dates such as the coronet head and the matron head large cents are a more realistic endeavor for most of us.

This coin was the first attempt the US Mint tried to satisfy the need for coinage among the early American settlers. The public cried out when they were shown the horrific look on the face of lady Liberty. She was deemed the scared head or the frightened head and these facts led to a very short run as well as a very rare collectible. It also has become an investment coin.

The second shot was almost as bad although the profile had been softened, the public still disliked the flowing hair design. Wreath cents are also very rare in any condition. One variety containing a strawberry leaf rather then the normal sprig, has the reputation of only four examples known. Finding one of those is highly unlikely but the regular version can be had for a few thousand dollars. Of course that would be in worn out condition.

Late in 1793 the design was again changed to please the public outcry and a much more receptive crowd greeted the liberty cap cents. Now holding a pole with a cap perched above and a pleasant jovial expression that finally made the grade with the population. Coinage was very limited for this type during the rest of 1793. Collectors have great difficulty filling this hole in their type sets.

1796 became another split year with two distinct designs. For a short time Liberty cap cents were produced until this new Draped Bust design was introduced later in the year. Liberty cap cents from 1796 are far rarer then their draped bust counterparts. This is another coin that makes early type sets difficult to assemble. From late 1796 through 1807, Draped Bust cents were minted each year.

Classic Head United States large cents made the scene during the year 1808 and had a short run lasting only through the year 1814. The Hardest years to obtain are the 1809, 1811, and 1813. Several die varieties exist for each year and collectors look for these coins to fill this type of set. A 1814 or an 1812 will be used for type sets as they are available at a much more reasonable price and represent the type just as well as the rarer years.

1815 saw no production and in 1816 a new coin was introduced with yet another updated Liberty Bust. A thinner trimmer coin with a reduced weight and enlarged diameter was introduced and ran until the year 1835. This is a very good series for collecting as all years are available at reasonable prices.

In 1835 the final design change was implemented and the braided hair large cent was born. Continuing through 1857 when the final large cents were produced the braided hair series is another inexpensive area to collect. Higher grades can be achieved within a collection because of the lower values on these later issues. 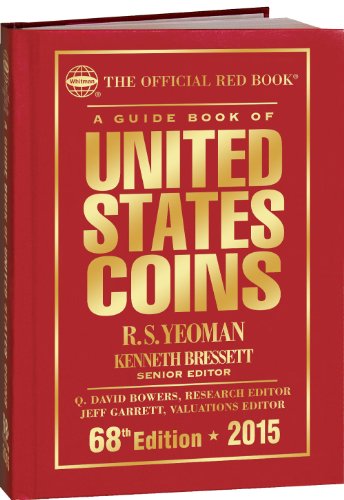