Strange and Unbelievable Islands of the World

Islands have long captured the imagination of would be adventurers. Since before the Age of Discovery countries and private expeditions have been searching for bits of undiscovered land to claim as their own. With the advent of satellites there are no longer truly undiscovered islands, but thanks to the internet we can discover some very unusual, even unbelievable islands from the comfort of our homes.  From the inaccessible remote to a failed multi-bullion dollar project these are some of the most unbelievable island photos in the world.

The Island of Madeira is Portuguese territory located 520 km (323.11 mi) from the African coast and 1,000 km (621.37 mi) from the European continent. The volcanic island is very hilly and the place lacks good beaches, but that has not stopped the Portuguese from getting to paradise and improving it.  They built two unique structures on Madeira Island; an award-winning engineering marvel of an airport partly built on pillars and a completely artificial beach built from imported sand from Western Saharan.

Credit: Google EarthNorth Sentinel Island exists in a time warp, a stone age time warp. When Europeans were exploring the world they regularly encountered indigenous islanders and either befriended them or fought with them. In many cases the superior weapons of the European sailors lead to quick capitulation, but sometimes the islanders got the upper hand and killed the newcomers.  However, in every case the new culture has been imposed on the traditional culture - except for just one island - North Sentinel.  The Sentinelese people have resisted all contact with outsiders and finally the Government of India has decided to leave them be.[4]

Credit: telegraph.co.ukThe rest of the world knows next to nothing about the Sentinelese and they know even less about us. There is no population count. No one recognizes the language they speak. No one knows what they call themselves or how the society is structured. They are presumed not to have fire and they don't seem to farm, subsisting on fishing and forging.

We do know they DO NOT want contact with outsiders[5].  In 2006, Sentinelese archers killed two fishermen who were fishing illegally within range of the island and buried the bodies on the beach. The warriors (pictured) later drove off a Coast Guard helicopter with a hail of arrows.

The Island of Male is the capital of Maldives and very densely populated.

Unlike North Sentinel which has no infrastructure, Male Island and three more islands connected to it are completely over developed and crowded.  The population of Male has grown from 20,000 people in 1987 to over 103,000 people in 2006 and the people are jammed in cheek to jowl.

Since there is no surrounding countryside, all infrastructure has to be located in the city itself. Water is desalinated via reverse osmosis from brackish 50-60m deep wells within the city. Diesel generators provide all electric power. Sewage is simply pumped untreated into the ocean. Solid waste is transported to nearby islands, where it is used to fill in lagoons. The airport is built on garbage and Thilafushi lagoon is now being filled in. Much of the current land mass of Male is actually fill. The highest elevation of only 8 feet/2.4 meters (buildings are much taller of course) so if sea levels rise, bye-bye Male.

The World and the Palm

The Palm came first, a collection of uniquely shaped man made islands off the coast of Dubai.  There are homes, apartment buildings and planned hotels on the Palm. Then in September 2003 dredging was started to build Sheikh Mohammed bin Rashid Al Maktoum's "The World" development, just one of many highly ambitious projects reshaping Dubai.

The World islands range from 14,000 to 42,000 square metres (150,000 to 450,000 sq ft) in area with an average 100 metres (330 ft) between them. 321 million cubic metres of sand from the Gulf and 31 million tons of rock trucked from the mountainous interior were used to create the development in an area that covers 6 by 9 kilometres (3.7 by 5.6 mi).  An oval-shaped breakwater island shelters the sand islands from being washed away (hopefully that is, some say the islands are already eroding). [1] Because there are so many new islands, roughly 232 km (144 mi) of new shoreline has been created for a country with limited developable waterfront.

It is estimated that The World's base island cost a cool $14 billion USD and billions more will be spent in constructing buildings. Many of the "countries" have sold, but all plans to develop the new islands were shelved in 2008/2009 by the various developer owners.

Penguin Marine, the company contracted to provide transportation to the archipelago, is attempting to get out of the annual fees of $1.6 million paid to Nakheel properties.

John O'Dolan, who purchased the "Ireland" island, committed suicide in February 2009 after his group fell into financial problems.

Promotional Video for The World at Dubai 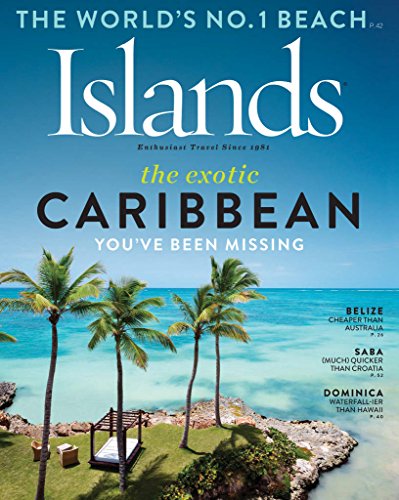 Most Remote Island in the World

Not a lot happens on this frozen inaccessible extinct volcano. No one has lived on the island for more then a month or so and tourism arrivals are almost non-existent. If you decide to visit, it's likely that you will be denied permission unless you join a research expedition, as the whole island is a nature reserve.[3]

It might be possible to land with a small boat (there is no harbor) but helicoptering off a ship is the safest way on to Bouvet Island. The small (58.5 km2) volcanic island  rises sharply from the ocean, with cliffs up to 500 metres high. Almost all of the island is covered by a thick glacier and considered inaccessible. The highest point is Olav Peak at 780 meters.

Because it is designated as a dependant territory, Bouvet Island comes up in many lists of countries. This causes travel websites to automatically create pages for the island and attempt to generate flight, hotel, car rental and attraction listings even though there will never be any of these things on Bouvet. For some obscure reason the Internet Assigned Numbers Authority gave it its own top-level domain .bv which no one uses. Here are some of the coolest, most spectacular, biggest, and most uniquecontrolled demolitions on video.  They are captured from around the world - Argentina, China, the USA, and South Africa.