From the time the 56 men signed the Declaration of Independence on July 4, 1776, Americans have been celebrating the birth of our nation in a big way. In the book Little Town on the Prairie, Laura Ingalls Wilder writes about her hometown celebration and how she, Pa and Carrie listened to speeches, sang songs, and enjoyed America's birthday with bread and butter sandwiches with smoked herring. Cities such as Boston and Philadelphia, two of the homes of our nation's birth, have big parades and celebrations.

Towns and cities across the country had big celebrations complete with fireworks. Those who preferred a smaller,more intimate celebration at home began having barbecues and setting off their own sparklers and cherry bombs. This has been a part of American history and it continues today.

One of the most popular patriotic symbols is Uncle Sam.  There are costumes for you to dress up in that work for wither Halloween or your Fourth of July parade.

Who is Uncle Sam?

Uncle Sam is an instantly recognizable patriotic figure. He is one of America's most famous symbols of freedom. But just who is he and how did he come to be?

He first appeared during the War of 1812. It was used for various reasons, mostly by critics of the war. Thomas Nast, who created other famous symbols like Santa Claus, drew him resemble Abe Lincoln with the beard and the patriotic clothing in the late 1800's.

Did you know that Uncle Sam was also a real person? His name was Samuel Wilson, and he was a meat distributor to the troops during the war. In 1961, Congress recognized this as a fact.

The character that we see today was created by James Montgomery Flagg during World War I. It first appeared on the cover of Leslie's Weekly on July 6, 1916. It was so popular, it was also used during the second World War on all kinds of posters and other printed material.

There are many different variations of this costume.  This one is an outfit that has red and white pinstripe pants, with the jacket collar and bow tie to match.  The jacket is blue with long sleeves and white button accents on either side.  The large hat has a wide brim and it looks like the American flag.  Use a white shirt from your closet and black shoes or sneakers. The white gloves and beard are sold separately.

Accessories to Finish the Look

If your hair is not long and gray and you are not the beard wearing kind, this accessory kit will complete and compliment the ensemble you have purchased.

Even kids can dress like one of nation's symbols!  This child sized version can be used for Halloween, school presentations, Election Day or Fourth of July parades.  It comes with the classic red and white striped pants with matching collar, the blue jacket with two buttons either side,  the bowtie and hat.

Uncle Sam costumes are a great way to celebrate so many holidays! 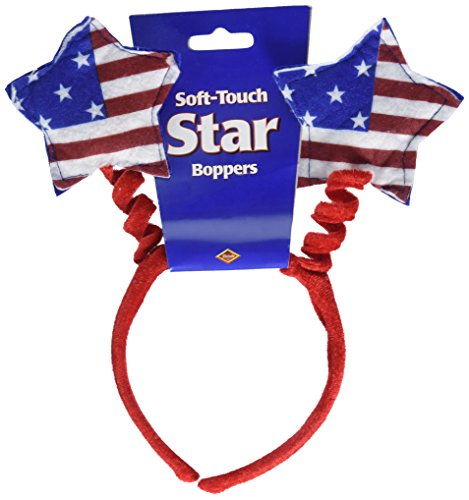 This hat has bling! 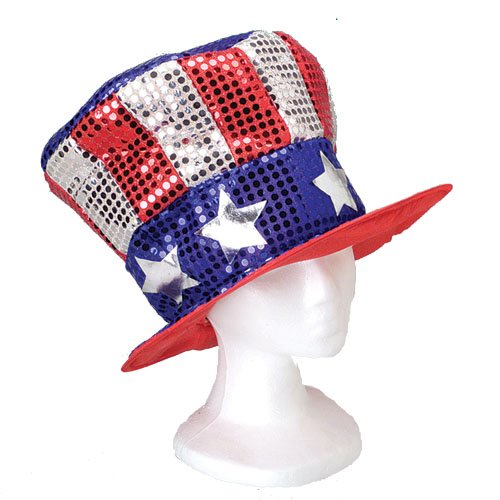