Understanding the Disease of Alcoholism

and Getting Medical Help for Alcoholics

When some members of my family confessed that they had a problem with alcohol, it came as no surprise. By the time most people recognize that alcohol is causing them problems, everyone around them is well aware of this fact. However, what does frequently come as a surprise is the information that alcoholism is a disease.  For certain people, once they have begun using alcohol on a regular basis, they are especially likely to become addicted to it and it can be very difficult for them to stop ... even when they know they are doing substantial damage to their health and their relationships.

Many people see alcoholism as a moral problem. We often envision alcoholics as people who are homeless, or who live in poverty. While it is true that many homeless people (but not all of them) do have problems with drugs, alcohol or mental illness, they are not the only ones to suffer from this debilitating disease. Alcoholism affects every level of society, people in every occupation, and people who live in nearly every neighborhood in the country. There are alcoholic priests, housewives, physicians, attorney, secretaries and sales clerks. People who could be considered morally upright in other areas of their lives can still struggle with an addiction to alcohol. As a result, the American Medical Association now recognizes that alcoholism is a disease; in addition, doctors are able to use a variety of methods to treat it.

Many people find it helpful to join Alanon when someone they love has a problem with alcohol abuse.  If you want to learn more about this program, you can use the link below to look over a variety of helpful books on the subject:

Quick link to Amazon books for the families of alcoholics.

The Tendency to Become an Alcoholic May be Inherited

One reason why alcoholism seems to be a medical issue is because there seems to be a genetic component to it. Researchers have long noticed that alcoholism tends to run in certain families. They have also recognized that there may be a relationship between alcoholism and other metabolic diseases in the same families. One such related illness is diabetes. They are not sure why there is a link, but there is no question that certain genes may be involved. Since not all of a parent's genes are passed to each of their children, this explains why some children of an alcoholic may also develop alcoholism, while others do not. The genetic component also lends support to the idea that alcoholism is not simply a moral weakness, but a disease.

Another aspect of alcoholism is that people actually become physically addicted to the alcohol, much like they do to tobacco and other drugs. Some researchers have discovered that the brains of certain people cause them to become addicted to these substances more easily. They sometimes refer to this as having an "addictive personality."

In addition, studies have also shown that the younger someone is when they begin to drink heavily, or abuse drugs, the more likely they are to become addicted. This helps promote the idea that it is important to enforce age restrictions on alcohol and drug use. If a young person comes from a family where alcoholism has occurred in the past, it is even more important! Because these young people may have a genetic trigger that makes them even more vulnerable to the addictive effects of alcoholism, they should avoid the use of any addictive substances as long as possible. They should also be careful about using certain prescribed medications.

Alcoholism Can Cause Psychological Dependency

In addition to becoming physically addicted to alcohol, many people can also become psychologically dependent on it, too. They may begin to use alcohol as a crutch to get through difficult days, or they may use it to help them relax, or because they think they socialize better with others after a few cocktails. After a while, they convince themselves that they absolutely have to have a drink in order to handle all the problems in their lives. This psychological dependency can become very strong, and may require therapy in order to recover from it.

Quick link to Amazon books for the families of alcoholics.

Alcoholics Need to Consult With a Doctor

If someone has had a long-term problem with alcohol, they should consult with a physician before making a sudden change. In extreme situations, if they have been heavy daily drinkers, they could experience extreme physical reactions when they try to withdraw from alcohol. In some cases, physicians can prescribe medications that help the alcoholic get through the first few weeks of sobriety. These medications can help reduce the craving for alcohol. Medicine, alone, however is usually not enough to permanently keep someone away from alcohol.

Another reason to consult with a doctor is because, like other diseases, alcoholism is progressive. In other words, if left untreated it almost always gets worse. As the disease progresses, it can cause other illnesses to develop, such as liver disease. Because of these issues, it is important that the alcoholic consult with a doctor as soon as they recognize that they have a problem.

Although alcoholism can never be completely cured, like many diseases there are ways to treat it. Many people benefit from going through an alcohol treatment program, either inpatient or on an outpatient basis. The treatment centers are especially helpful if the person needs to go through a "drying out" period before they get started on the road to recovery.

After the initial treatment period, however, most alcoholics find that the only way they can continue to avoid succumbing to their addiction is by joining a support group. Some treatment centers have their own outpatient aftercare program. Other treatment centers refer people to Alcoholics Anonymous.

Alcoholics Anonymous is extremely affordable. Most groups only ask for a donation of a dollar or two at each meeting you attend. Working together, alcoholics have discovered that they are able to overcome their genetic, physical and psychological addiction to alcohol. Alcoholics learn that they need to use Alcoholics Anonymous as a "maintenance program" and that they will probably need to rely it for the rest of their lives.

The alcoholics are not the only ones who need to practice a new way of behavior. Their spouses, children, parents and other close friends and relatives have found it helpful to meet and learn new ways of dealing with the problems that have been caused by alcoholism in the family. One program that is very helpful in this regard is Alanon. They also have inexpensive meetings where family members learn how to live with both active alcoholics and recovering alcoholics.

Dealing with Alcohol Concern for a Spouse

A Helpful Book for People Who Love an Alcoholic 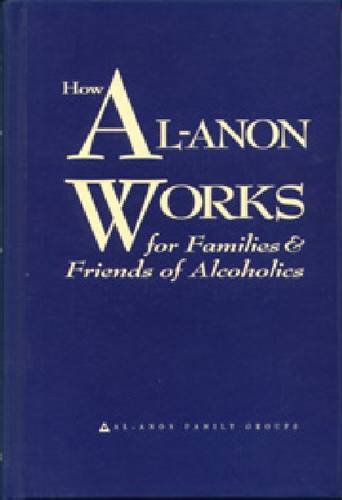 How Al-Anon Works for Families & Friends of Alcoholics Amazon Price: $13.50 $4.50 Buy Now(price as of Aug 3, 2016)
Millions of people have found that it is easier for them to deal with an alcoholic or addict when they get emotional support and fresh approaches from a group like Al-Anon.
Next >> Death of Karen Carpenter