Like what you read? Check out AlphaDark.com for more content just like this!
InfoBarrel is a writing platform for non-fiction, reference-based, informative content. Opinions expressed by InfoBarrel writers are their own.
InfoBarrel > Technology > Mobile

UniWar Review - The Best Multiplayer Mobile App You're Not Playing

I hear the same thing every time.

"I don't know if this game is for me, it seems kinda nerdy." "Seems like it's complicated and will take too long to learn."

Nonsense.  UniWar is a chess-like game available for mobile devices such as Android and iPhone, and works cross platform.  If you have ever played StarCraft, then this game will make a lot of immediate sense, as the races and game play draw inspiration from the classic PC game.  It offers hours and hours of fun multiplayer gaming, with options for free-for-all and team based play with up to eight people!

Here's how it works.

I start a game against you.  We both select a race, and begin play.  The game is turn based, so it does not occur in real time, but rather at your convenience which is just beautiful.  You might be out camping in the woods somewhere, taking your time to submit a move.  I might be bored as hell at work and suddenly see that it is my turn.  We could be battling from anywhere on the globe.

The map is 2D and showcases a variety of terrain, which plays an integral role in the strategy.  It is not graphically intense so it won't bog down your phone.

There is a mini economy (like resources in StarCraft) and players must purchase units based on the resources they have saved up.  Bigger, badder units cost more.  As the game unfolds, combat ensues, and the idea is to overtake the other player's bases to win the game.  The more bases you hold, the richer you are!

As you can see from the picture, there are various types of terrain.  Smaller units gain defense strength from standing in the trees or the mountains, but lose defense and attack power if stuck in the swamp.

Bulky tanks and artillery are slow and lose defense if they get pinned down in the trees.  The key to the game is to use terrain to your advantage to exploit strengths and weaknesses of the different races, of which there are three.  UniWar strategy is pretty easy to master once you experiment with each.

Again, this is all happening whenever you feel like it, from the palm of your hand.  It's great for trash talking at work, or winning a quick drink or lunch bet from a buddy.  When you are sick of kicking one person's ass enough times, there are plenty of random opponents out there to be matched up with.  The game gives you a rating based on performance and as you mow people down, you are matched up with opponents who have a similar record.  Perfect.

The game is at its absolute best when you have four or more people in the ring.  This could be a four person rumble pit, or my favorite, team play.  Two vs. two, three vs three, etc.   Even with so many people, you don't have to remember when it's your turn as the app can send you push notifications or emails.

Because the game is tile based, there is an easy-to-use map editor to create and submit your own maps.  This means that you can draw on an almost endless pool of user generated content to keep it fresh.  Sure, there are some garbage maps out there submitted by people who didn't know what the hell they were doing, but the point still stands.

Admittedly, UniWar HD does have a learning curve.  Someone who has played for a few months and has the feel for it will absolutely demolish a newbie, so if you manage to bring on some new players, go easy on 'em at first.

I first played this game in 2009 and still play it today because it still is highly balanced, competitive, and the number of maps are endless.  For some reason it's cheaper on iPhone than Android, and I'm not sure why that is (at least it was at the time of this article).  Anyway, $5 is absolutely worth it.  In my case that has been almost a dollar a year.

Yeah, I know.  You've heard it before - "you have to get this game!" Well, in this case it's true, and if you click away from this page without downloading it, you made a mistake!  Board game fans will love this, as it combines the strategy of chess with the multiplayer fun of online gaming.  If you build up your skill and want to get destroyed, let me know in the comments section and I will send you a challenge.

Tell your friends, then whup their ass. 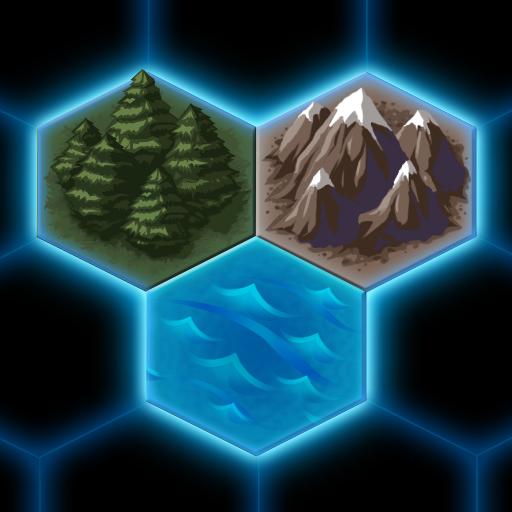