Being the longest lived studio in the history of Hollywood, Universal studios is again pumped up and ready to give us a wonderful movie experience as they gave us a preview of what’s in store for us this 2012. Here’s a sneak peak for some of it’s movie offerings:

WANDERLUST - Prepare for some great laugh as Jennifer Aniston and Paul Rudd illustrates the journey of an Manhattan couple which was forced to relocate to Georgia with their family because they don’t have enough money to sustain life. However, on their way to Atlanta, they stumbled on a hotel with a chaotic yet colorful community that will turn their trip a crazy unforgettable one. This movie will be on theaters this coming February 24.

DR. SEUSS THE LORAX - From the makers of Despicable Me comes this animated movie which was based on Dr. Seuss book of the same name. The adventure follows the plight of Ted, a 12-year-old Kid that searches for the one thing that will help him to win the affection of the girl of his dreams, Audrey. To accomplished it,  he will unravel along his journey the story of the Lorax, the grumpy yet witty creature who protects the artificial world they lived in. Be enchanted and know the importance of taking care of our nature as it hits the movie screens this March 6 featuring the voices of Zac Efron, Danny DeVito and Taylor Swift.

AMERICAN REUNION - The much awaited sequel of the blockbuster original American pie series and they’re ready to give us some naughty laughs once again. Reprising their roles are the original cast that includes Jason Biggs, Chris Klein, Thomas Ian Nicholas and the rest of the fabolous alumni of the East Great Falls as they go back to their beloved alma mater to celebrate their High School Reunion. This will surely be a riot movie treat for everyone. Coming this April 2012.

Bourne Legacy - The fourth installment of the higly successful Bourne film series promises to be another action-packed film. This movie will feature a whole new hero, a new chapter to be played by Jeremy Renner together with Rachel Weiss and Edward Norton as a new assassin which is trained in the same program as Jason Bourne (Matt Damon).  Hitting the cinemas this August 2012. 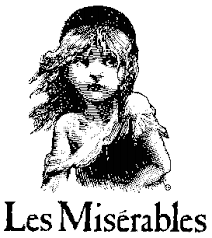 Les Misérables - Probably the most awaited theater adaptation for the year as it boosts of a star studded casts that includes Hugh Jackman, Russell Crowe, Amanda Seyfriend, Anne Hathaway and Samantha Barks. The 2012 remake of this hit musical based on the book of Victor Hugo will keep us in awe and delight just like it’s Broadway and West-End counterparts. This is scheduled to be released on December 2012.

So if you have any college papers or essay paper to do during this time. You should plan ahead and mark your calendars on their release dates because all these fantastic movies will be a sure-hit and standing ovation worthy of some sorts.