Laughter is the best medicine. (Unless you're really sick....then you should see the doctor.)   Whilst every effort is made to ensure accuracy, the information on this website should not be used for medical purposes without consulting your doctor first or for legal purposes
InfoBarrel is a writing platform for non-fiction, reference-based, informative content. Opinions expressed by InfoBarrel writers are their own.
InfoBarrel > Health > Surgery & Treatment

Uterine transplantation is a very new procedure which started about 2 years ago. It involves taking a uterus from a live donor and surgically placing it into a woman who was born without one. At the moment, it has only been made available in Sweden to very select patients as is still considered to be an experimental procedure. To date, there have been only 7 successful transplants performed worldwide. One of these 7 women have given birth recently and another 2 women are currently pregnant.

The uterus is the medical term for a woman’s womb. It is where a baby grows for 9 months and receives nutrients from. Its structure and anatomy is shown in the picture below. Some women, due to genetic disorders are born without one, and some women lose their uterus and their ability to have children due to cancer. The uterus lining is what thickens and then gets shed at each menstrual cycle.

The first successful uterine transplant was performed about 2 years ago. The 36 year old anonymous woman from Sweden gave birth last September 2014. She was diagnosed with Mayer-Rokitansky-Kuester-Hauser (MRKH) syndrome when she was 15 years old. This syndrome is seen in one in 4500 girls who are born without part or all of their uterus or vagina. She read about an ongoing research headed by Professor Matts Brannstrom from the University of Gothenburg and signed up for it, despite being warned of the low success rate. The uterus donor was a 61 year old family friend who had given birth to 2 sons previously and already undergone natural menopause.

The baby boy, Vincent, was born prematurely, almost 32 weeks into the pregnancy, after the mother developed a condition known as pre-eclampsia and the baby's heart rate became abnormal. He was delivered by caesarean section and weighed 3.9 pounds, a normal weight for a baby at that gestational age. Vincent was discharged after 10 days in the neonatal unit. Both mother and baby are currently doing well one month after the operation.

It was known beforehand that her ovaries were unaffected by the MRKH syndrome. Therefore, her own eggs were used and the couple went through in-vitro fertilisation (IVF) to produce 11 embryos, which were frozen. Doctors from the University of Gothenburg then performed the uterus transplant. The operation took 10 hours to complete. Six weeks after the transplant, she got her menstrual period -- a sign that the uterus was healthy. A year after the transplant, doctors decided they were ready to implant one of the frozen embryos and a pregnancy ensued. The woman, who has only one kidney, had three mild rejection episodes, including one during pregnancy, but all were successfully treated.

Professor Matts Brannstrom and his team did 10 years of intensive animal research before performing the first uterus transplant 2 years ago. Brannstrom has acknowledged that it is likely to be a long time before the procedure will be common, and concerns have been expressed about the health impact for live donors. Brannstrom and colleagues transplanted wombs into nine women over the last two years as part of a study, in one case from mother to daughter. Seven were successful and the women began to menstruate within 2-3 months In the other 2 cases, infection and clotting forced them to remove the organs. Earlier this year, Brannstrom began transferring embryos into the seven other women. He said there are two other pregnancies at least 25 weeks along. The results of those pregnancy attempts will give a better idea of whether this technique can be used more widely. The research was paid for by the Jane and Dan Olsson Foundation for Science, a Swedish charity. The success of Brannstrom and his team opens up a new, but still experimental, alternative for some of the thousands of women who are unable to have children because they lost a uterus to cancer or were born without one.

The invetor of the uterine transplant technique, Professor Matts Brannstrom

The End of Female Infertility?

Uterine transplantation, like other organ transplantations, require anti-rejection medications. Although the couple are still enjoying their medical miracle, they will soon have to decide if they want another child since prolonged use of anti-rejection drugs put her at increased risk of cancer. They will therefore need to try again quickly or have the uterus removed.

It is hoped that in the future, doctors will be able to find a way to make the operation more reliable and safer. There is already a list of patients waiting to have the operation done. Before these cases, there had been two attempts to transplant a womb in Saudi Arabia and Turkey, but no live births resulted. Doctors in Britain, France, Japan, Turkey and elsewhere are planning to try similar operations, but using wombs from women who have just died instead of from live donors.

Where do I see thing going?

Firstly, I foresee improvements to the technique in future years and thousands more happy couples as a result.

Secondly, I also foresee them trying to reduce the use of organ rejection drugs. With the sure emergence of ethical issues in using live donors for uterus (for instance, the emergence of selling uteri on the black market for organ transplants), it is possible that they will develop techniques to use the person’s own stem cells, matured and targeted to form whole uterus organs and transplant that instead. No live donor and no need for organ rejection drugs.

Finally, the most far-fetched possibility I can foresee is the first male pregnancy. Uterus transplants will need to be successfully combined with hormonal replacements to keep the organ stable in the male body and carry a baby to term pregnancy. With the number of transgender operations being performed nowadays, uterus transplantation will no doubt be the next step for them to complete the transformation. I think it is possible that I might hear about a man giving birth within my lifetime! 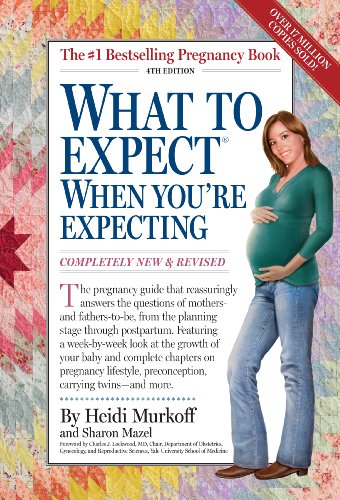 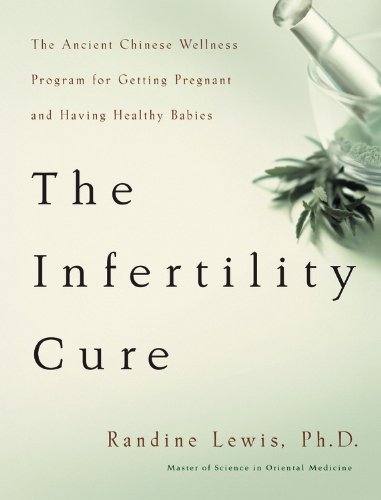 The Infertility Cure: The Ancient Chinese Wellness Program for Getting Pregnant and Having Healthy Babies Amazon Price: $18.00 $6.30 Buy Now(price as of Nov 24, 2015)
Next >> How Do Braces Move My Teeth, Anyway? - The Surprising Complexity of Teeth

Don't Eat That: 5 of the Worst Foods to Eat With Braces

Root canals and your super-toxic potential

How Much is Invisalign?

Healthy Soft Foods to Eat after Dental Treatment or Surgery

The New Huff on Garlic is About Hydrogen Sulphide

Animal Within and Without: 5 Beastly Body Modifications