Thanks for reading my Philosophy article. You can also visit my Philosophy blog and like my page Philosophyzer on Facebook. Feel free to leave your philosophical comments or get in touch. If you want to make money by publishing online, join me on Infobarrel and Zujava.
InfoBarrel is a writing platform for non-fiction, reference-based, informative content. Opinions expressed by InfoBarrel writers are their own.
InfoBarrel > Lifestyle > Philosophy > Ethics

Utilitarianism - The Ethics of Jeremy Bentham and John Stuart Mill

The basic utilitarian principle is that your decision should be based on providing the greatest happiness for the greatest number of people. This may involve doing some bad on the way!

Imagine that a naval warship is in a battle and receives a severe hit to the engineering section. A large fire then breaks out. If the fire continues, the ship’s munitions could explode, killing the whole crew. The captain could use a fast-acting fire extinguisher that would result in blasts of steam putting out the fire. However, this would kill any men trapped in engineering.

What would a teleological thinker do? Probably use the fast acting fire extinguisher, because more men would survive as a result. 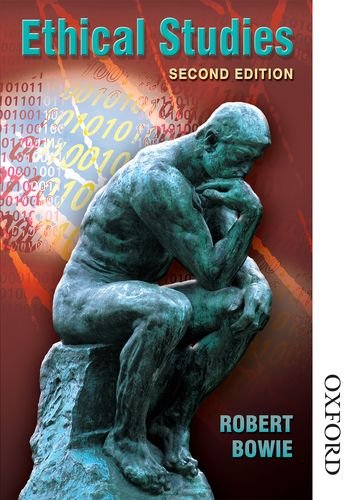 Jeremy Bentham devised the theory of utilitarianism. His theory stated that all humans pursue pleasure, which is the sole good, and seek to avoid pain, which is the sole evil. This is how he understood morality, making him a hedonist. He stated that an action is right if it produces the greatest good (i.e. pleasure) and the least bad (i.e. pain)  for the greatest number of people- i.e. the majority.

For the principle of utilitarianism to work, you need to be able to measure the pleasure or pain. Jeremy Bentham developed the Hedonic Calculus, which can be used to weigh up the pain and pleasure (consequences) generated by the available moral actions. To find the best action, a person can weigh up the pain or pleasure based on the following...

3. Its certainty or uncertainty

4. Its propinquity (nearness) or remoteness

5. Its fecundity ( literally ‘fertility’), or the chance it has of being followed

by, sensations of the same kind: that is, pleasures, if it is a pleasure:

6. Its purity, or the chance it has of not being followed by, sensations of the

opposite kind: that is, pains, if it's a pleasure: pleasures, if it's a

7. It’s extent; that is, the number of persons to whom it extends; or (in

other words) who are affected by it.[1]

Utilitarianism may sound good in theory, but if you try to apply it to an ethical situation (should a woman have an abortion, for example) it does not work very well in practice.  It is very difficult to qualify pleasure. Also, some pain might be bad for us, such as aches caused from exercising, and some pleasures might be bad such as drink and drugs.

The results of act utilitarianism can be quite extreme.  For example, it may be the case that in every situation where you could allow yourself pleasure, you could do something else that would give pleasure to a greater number of people. Therefore, you can't ever allow yourself any pleasure! If you follow Bentham's line of thought, Utilitarianism could be used to justify any act, even if that meant killing, or slavery, for example.

John Stuart Mill (1806-1873) agreed with Bentham that morality concerns ensuring that people enjoy pleasure and avoid pain.  He believed that people are most likely to gain pleasure when they are free to live their lives in the way they wish.

Mill developed Bentham’s theory by saying that pleasure gained as a consequence of an act must be measured on a qualitative, basis as well as (or, perhaps, instead of) on a quantitative basis (like in Bentham’s Hedonic Calculus). In other words, Mill wanted to look at the type of pleasure (and whether this type was of high or low quality) as well as how much pleasure was being gained.

This might help avoid one of the potentially problematic outcomes of using a purely quantitative measure (like Bentham) - what if focusing on enabling the majority to have the greatest amount/quantity of pleasure led to the minority’s pleasure being totally extinguished? With Mill’s method, it could be argued that the type of pleasure that is gained at the expense of others is not of a very high quality.

As a general guide, Mill said that pleasures of the mind/ intellectual pleasures (e.g., enjoying poetry or art) were of a higher quality than those of the body (e.g. eating and drinking).[1]

Act and Rule Utilitarianism - What is the difference?

Rule Utilitarianism establishes the best overall rule for moral actions, rather than focussing on every individual action.  In other words, some rules take priority over every situation, because when followed by the whole community, it leads to the best result.  E.g. ‘I should never steal because, as a general community rule, stealing does not bring about the greatest good for the community’.[1]

In general, rule utilitarianism does not justify acts that break the law as the law is usually based on rules that are for the benefit of the whole community. It is easier to apply to daily life- general rules can be applied to different situations. A rule that allows individual pleasure would be acceptable.  However, it lacks the flexibility of Act Utilitarianism.[1]

Next >> Does True Altruism Exist?