Laughter is the best medicine. (Unless you're really sick....then you should see the doctor.)   Whilst every effort is made to ensure accuracy, the information on this website should not be used for medical purposes without consulting your doctor first or for legal purposes
InfoBarrel is a writing platform for non-fiction, reference-based, informative content. Opinions expressed by InfoBarrel writers are their own.
InfoBarrel > Health > Medication & Treatments

I can almost hear the collective rushed mouse clicks from the readers of this article - some filled with excitement, some filled with uncertainty, some filled with curiosity. A new form of birth control, you say? Men soon might actually have another option besides condoms and vasectomies, you say? Women might be free from oral hormonal contraceptives soon, you say? Yes to all of the above!

It all started about 20 years ago with RISUG (Reversible Inhibition of Sperm Under Guidance). RISUG was invented by Sujoy K Guha, a professor of biomedical engineering in India. RISUG is composed of powdered styrene maleic anhydride (SMA) combined with dimethyl sulfoxide (DMSO) which formed a polymer gel substance.

Sperm is produced in the testes and stored in the epididymis. It then passes through a tube called the vas deferens on their way to the penis. The vas deferens is the same tube that is cut in a vasectomy. A vasectomy is generally permanent. RISUG is similar to vasectomy but with several advantages, the most significant being that it is more reversible.

It involves injection of a polymer gel into the vas deferens using a no-scalpel technique. The procedure can be completed within 15 minutes and the gel can be flushed out later on should they wish to have the process reversed. The polymer gel material is thought to actively kill any sperm that come into contact with it. Within minutes of insertion, the gel solidifies and anchors itself to the inner walls of the vas deferens. As sperm come into contact with the polymer, the combination of positive and negative charges on the polymer's surface causes the sperm to burst. The sperm are unable to travel and fertilize an egg.

Therefore, unlike a vasectomy, RISUG is effective almost immediately. Vasectomies normally take about 3 months for the infertility to be confirmed and the procedure to be deemed successful. In clinical trials, there have been no pregnancies in the first 6 months after injection as the men were noted to have azoospermia almost immediately (the sperm being absent, too few or too sluggish to swim). Men are still advised, however, to wait at least three days for the polymer to fully anchor itself before having sex and to use condoms for the first ten days.

According to a study in 2001, chemical markers of prostate health were within the normal range in men using RISUG, even after eight years.

Another study in 2003 showed that RISUG did not cause sperm granulomas in monkeys. Granulomas are inflammatory reactions to sperm leakage from the reproductive tract into surrounding tissue. This eliminated the painful nodules that a small percentage of men experience after vasectomy.

The contraceptive's reversibility was tested in a study by Manivannan, Mishra, & Lohiya in 1999. It showed that the inner surface of the vas deferens also returns to normal upon removing RISUG. The reversal procedure involves an injection of DMSO (a chemical compound) or sodium bicarbonate. Hence, one injection to stop fertility and one injection to restore it.

There have been some studies on non-invasive restoration techniques as well such as using vibration techniques to dislodge the polymer and make it travel out of the vas deferens. However, all of these reversal studies have only been conducted on animal models so far.

There have been a few disadvantages pointed out with RISUG, however.

Firstly, with the current manufacturing process, it is quite expensive. Even though it may end up cheaper in the long run than buying condoms or pills regularly, it is still a large sum of money to part with at one go.

Secondly, a big question will be whether women would trust men to take responsibility for birth control? After all the advances in medicine, it is still only women who get pregnant and therefore most people say that women will still end up taking a second form of birth control anyway.

Thirdly, it only prevents from unwanted pregnancies, not sexually transmitted diseases. Although, that being said, there have been proposed studies using RISUG as a way to deliver anti-HIV drugs into the vas deferens and thereby reducing the HIV viral load. We hope to see progress in this area of medicine in the future. 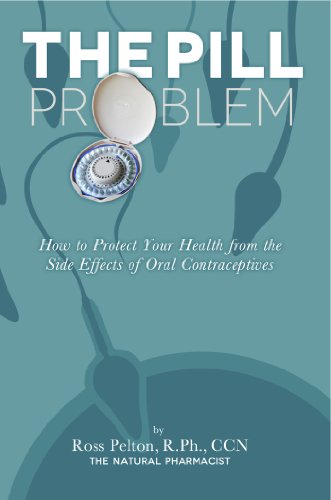 The Pill Problem: How to Protect Your Health from the Side Effects of Oral Contraceptives Amazon Price: Buy Now(price as of May 5, 2015)

In early 2010 The Parsemus Foundation earned the rights to develop a polymer similar to RISUG for the rest of the world outside India. Although RISUG research started in India, researchers would have to duplicate older animal safety studies on a larger scale, for a longer study period, and with extensive record-keeping. Without those animal studies, approval for human studies is unlikely. The foundation began by working on RISUG, but has moved towards working on a similar but distinct product called Vasalgel. Vasalgel is expected to be more cost-effective and is making its way through the regulatory process necessary to bring the product to market.

Big pharmaceutical companies have not picked up on Vasalgel yet as it will be less profitable for them to have a longer term contraceptive available for the general population than to market regularly consumed pills. We foresee also some obstacles thrown in by the condom manufacturers. Hence, the foundation has recently started crowd funding online for a pivotal study to be done on monkeys. It is hoped that Vasalgel will be available in the market in about 3 years.

What do you think about this new form of birth control? Will it change cultural attitudes to who should be responsible for birth control? Do you support this new method? Are you intrigued to see the conclusion of the studies? I sure am!