InfoBarrel is a writing platform for non-fiction, reference-based, informative content. Opinions expressed by InfoBarrel writers are their own.
InfoBarrel > Travel & Places > Places > Spain

Ventalló: a Quiet Village 5 Miles Away From Costa Brava's Beaches in Spain

Who hasn't heard about the Costa Brava and its beaches? First it was during Franco's regime, when Spain started to open to French and German visitors from the northeast, where access by car was easier for them and dafer to control at the border. Then, little by little, the Costa Brava became more and more popular throughout Europe and, after Spain entered in the European Union, became one of the cheapest destinations in the EU. It is true that it became so popular that some of the villages became cities, and some of the special beaches became overcrowded. But there are still some nice and  authentic corners where you can feel the origins of the people and still access the most unknown beaches. Ventalló, although being 8km away from the coast, is one of them.

The area has had settlements since the Neolithic era. Passageway for Greeks and Romans when going to the major settlement of Empuries. All traditional town centers are documented in SX XI and belonged to Empúries. Romanesque remains can still be appreciated especially in churches; most buildings are from the last four centuries.

Traditionally an agricultural area, foodstuffs are now oil and fruit, and livestock is mainly composed of swine. Many families from Barcelona have second homes in this little town, due to its closeness to the city (approx. 1h30 by car) and to the beach (8km – 5miles). Ventalló is well served in social services, having schools, kindergarten, clinic and community center with bar and restaurant.

On the sixteenth century, there were sixty families in the village. The population grew to over a thousand people at the end of the century, and declined to just over five hundred people in the eighties. It is now stable at nearly 900 inhabitants.

Fundació l’Olivar offers guest rooms in a secluded location with private terraces and views to the sea. Prices range €75, increasing during the summer holidays. The restaurant has some high quality local dishes to be combined with typical catalan wines. 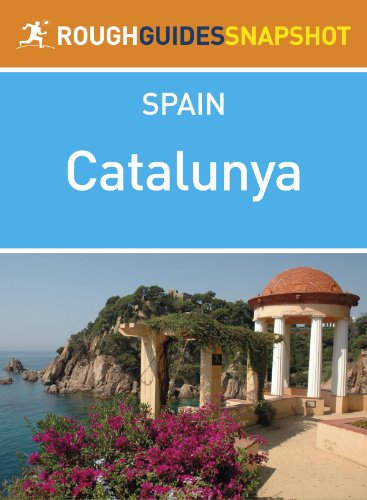 Catalunya Rough Guides Snapshot Spain (includes The Costa Brava, CadaquÃ©s, Girona, Figueres, the Catalan Pyrenees, Sitges and Tarragona) (Rough Guide to...) Amazon Price: Buy Now(price as of Aug 18, 2015)
Next >> Where to Get the Best Tapas in Barcelona, Spain

Cordoba: What to See and Do on a Short Stay Visit

Avila, Spain. Just a Train Ride Away From Madrid

Things to Do in Madrid: The Reina Sofia Art Museum