It’s pretty much no secret I love bunnies (as well as Latinas).  Though I have shared the good company of several Latinas, I never owned them; I have, however, owned my share of rabbits for pets.

And I have found personal favorites among the different kinds of rabbits I’ve kept.  All have their distinct physical characteristics that typify a specific breed.  Personality traits vary (and yes, bunnies, just like any other animal, have “personalities”, distinctive behaviors specific to either the breed or the individual rabbit).  For example, the newer Lion Head breed tends to be a bit aggressive.  Angoras are majorly curious and get into everything if left unattended.  English Spotted can be very rambunctious.

But for a cuddly little bundle of “personality” that will fit cupped in your two hands and that is very affectionate, you could do with having a Netherland Dwarf bunny in your home.

BunnydomOnce thought to be a member of the rodent family rabbits were reclassified and are now differentiated from rodents scientifically.  Rabbits belong to their own genus, distinct from any other animal.  They have several features that separate them from hares, as well (one of which is that their young, unlike that of the hare, are born naked, blind, and helpless).  All of today’s domestic rabbits share the Old World rabbit of Europe and Asia (Oryctolagus cuniculus) as their common ancestor.

Rabbit breeders and rabbit fanciers, over many decades, have created or otherwise enhanced a wide variety of bunnies.  Some, such as the Angora, are raised for their silky-fine, flyaway longish hair from which Angora yarn is made (turned into, among other clothing items, the classically hyper-sexy Angora pullover in which many a heavy-racked dame has shown off her sweater puppets).   Other bunnies, such as the Flemish or Belgian Giant (and they are huge, with most adults bigger than some midsize dogs!) were meant as meat sources.  Though people do keep them as pets they were not bred to that purpose.

Just a BabyOther breeds became popular with hobbyists as pets or for showing. And at the other end of the size scale from the Flemish Giant is the Netherland Dwarf.

This type first developed as a result of a mutation seen in the Dutch breed of rabbit in the 1880s.  After a relatively long period of inadvertent, and increasingly purposeful, cross-breeding efforts spanning several countries and decades in Europe, the kind known today as the Netherland Dwarf was firmly fixed with its show standards by the 1950s.  They were first imported to the US in the mid 1960s from England (where they were popularized in the post-World War II years).

Of the roughly four dozen rabbit breeds recognized by the American Rabbit Breeders Association the Netherland Dwarf is the smallest.  A healthy adult might weigh up to a little over 3 pounds (a bit over a kilogram), but preferred show weight is around 2 pounds (less than a kilogram).

It also has the most color variation of any type, with over 24 different configurations ranging from solid to shaded (as in the “otter” coloring, a sable base color with tawny highlights on the face, belly and shot throughout the main color).

One of the reasons for their popularity is they retain a certain “babyish” quality in appearance.  Their ears are short and tiny; they have chubby little cheeks, short legs, and cobbie bodies (about the size of a softball) with nearly perfectly round heads.  Rabbits do not have foot pads (as dogs and cats do); the Netherland Dwarf’s paws are covered on the bottoms with enough fur that their bunny feet look like little snowshoes.

This is Christopher Hoppen, an otter-colored Netherland Dwarf.  He is ten months old (as of this writing), and his name is a play on the name of actor, Christopher Walken (cuz our Christopher is hoppin’, see, not walkin’).

Also, like many people do with their pets, a “voice” has been assigned to Christopher Hoppen—magically when he “talks” he sounds just like Christopher Walken (“I need more cowbell!”; “Don’ make me stick you in the eye with a soldering iron!”).  [Obviously, I do the voice—bunnies can’t talk, whatta ya, freakin’ nuts or somethin’?]

Rabbits from good breeders are generally not sold any younger than six weeks of age (to insure they are weaned and healthy).  We bought Mr. Hoppen at that recommended age in January 2014—he is now at his full adult size (rabbits are pretty much fully grown by six months).

He cost us $50 to buy.  The accoutrements (hutch, housing, food and water dishes, a coupla start-up toys, his personal masseuse, etc.) set my wife and I back another C-note.  As it is strongly recommended both for the bunny’s longevity and to scale back on aggression (should another rabbit be brought in as a playmate) we had him neutered when he was four months old (a proper age according to our veterinarian).  That was another $45, but worth it.

Christopher lives indoors.  I am not a fan of keeping animals outside exposed to the elements unnecessarily.  He has a friend who lives with him (acquired a couple of months after we got him).  Her name is Nancy Bunatra (cuz her boots were made for hoppin’, see?), and she is a broken chocolate Mini Satin.

Rabbits are inquisitive, and they do express opinions.  Early on, Christopher decided he didn’t like the way I had his new cage furnished, and he re-arranged everything (his “beehive” house, and his food and water bowls) to suit his man-of-the-world image (I’m guessing).  He also grunts disapprovingly when he isn’t getting his way.

Temperamentally, he is very gentle, and doesn’t mind being handled, held, or played with.

He also clearly understands when it is about time for him to eat.

Bunnies throw little tantrums of sorts from time to time.  Mostly, it is play: they bounce around, toss their toys, stamp their back feet.

But sometimes they can get downright indignant.  These little displays of pique are called “binkies” or “throwing a binky”.  If Christopher knows it’s feeding time, and no one is paying attention to that little fact, he will start chucking his food dishes around inside his hutch.  The racket alone is annoying enough you want it to stop.

Neither he nor Nancy is always caged up.  He gets out in a safe pen; he’s also been out in the back yard on a harness (that goes around his midsection, not a collar) with a leash.  Because Netherlands are so small, the back yard can seem overwhelming, so it is best to make sure the animal is supervised.

Many nights my wife will get him out to play.  His favorite place is the sofa—he likes to perch on the back of the couch or run back and forth along the seating area.  His favorite spot, though, is my wife’s shoulder; he will sit there like a pirate’s parrot and lick her face, or the tip of her nose, or give her bunny kisses (which she loves).  He will, however, occasionally nip her (and my) skin—these are not meant as true bites, but are more affectionate in nature.  These “love bites” do not hurt, they merely startle (but, in all fairness, be advised a rabbit’s front teeth are very strong and sharp, and if so inclined one of them could really bite hard enough to break the skin).

Netherland Dwarf CareAs with all animals, not just rabbits, a decent-sized domicile is necessary.  Christopher shares a hutch with a buddy and there is room for them to run and bounce around as they see fit.  They also like enclosed spaces, so a small wooden house is in the caged area for one or both to hide out in.

They will molt, usually after reaching adulthood for the first time, or seasonally.  This makes their coat kind of clumpy looking; gentle brushing or plucking the loose fur helps get rid of the excess and returns them to normal.

They groom themselves as cats do, licking their front paws and washing their faces and ears.  Additionally, they nuzzle and groom each other as well.  [Nancy Bunatra, about twice his size, will actually place a paw on top of Christopher’s head, in effect pinning him in place while she licks his face, neck, and back.  He doesn’t seem to mind, though, and does not struggle to get away.]

Rabbits have two sets of incisors, one behind the other, and their teeth grow continually.  They need to have things to chew on to keep their teeth from growing too long and affecting their ability to eat.  And since bunnies love to chew make sure whatever goes in the cage is safe for them to gnaw on.

A simple toy, and one that Christopher loves, is the empty cardboard tube from a toilet paper roll.  It is light enough for him to throw around his cage, he chases it, throws it around some more, and chews on it, too.  He also likes a paper towel: he can throw it around, drag it, and shred it to his heart’s content. Finally, if any bunny is out of his/her hutch make sure to watch them at all times—indoors has many bunny hazards (electrical cords, for example, that they won’t hesitate to gnaw, etc.).

Credit: Vic Dillinger,; Oct 24, 2014He is fed twice a day (measured quantities of blended rabbit food—seeds mixed with the standard pellets—in addition to small amounts of timothy hay, and occasional treats such as baby carrots and fresh kale).  And one more thing: make sure there is plenty of fresh water—man, bunnies drink a lot of water!  Christopher won’t drink from one of those hanging, drip-style water dispensers though—he has a water bowl that sometimes he’ll toss a toy into, probably just to annoy me.

In all seriousness, the Netherland Dwarf is an adorable little addition to a home.  Their diminutive size means they don’t need a lot of space so long as the owner insures plenty of “outside” time (out of a cage or hutch) for them to run and play.  They can be litter trained (using a box with bunny safe litter in it; by putting some of their droppings in the box so it has their “scent” they learn to “go” there).  Children like this small breed of pet because of their baby faces, their tiny size, and little features.

My wife says Christopher has “little tiny potato chip ears”.  Also, he will let you put an Abraham Lincoln hat on him.

AUTHOR’S NOTE: Because Nancy Bunatra is so big and domineering over tiny Christopher Hoppen we had to make some changes.  Nancy was bustin’ and a humpin’ on him too much, and he is so small and docile he didn’t fight back.  So, we got a Flemish Giant, named Regis Philbun, and the largish Nancy is now his buddy.

To keep Christopher Hoppen company, as an early Christmas gift for my wife, we got another Netherland Dwarf on December 8, 2014 (cost was $60 because females have potential as breeding stock).  She is a fawn-colored 5-month-old, and weighs less than a kilo.  Her name is Amelia Earhop: she is an aviatrix from da Bronx what din’t get lost at sea!

Anyway, Amelia, like damn near any Netherland Dwarf you’d find, is a total sweetie, she sits quietly on your lap for an hour or more, and is so damn cute you almost can’t stand it! 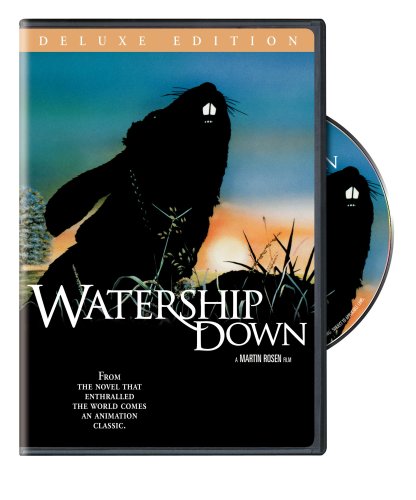 no bunnies here, though