The Discovery of Paris - About the Exhibition

The Wallace Collection is showing early 19th-century scenes of Paris created by British artists. Prepared by Stephen Duffy, curator of 19th-century pictures at the Wallace Collection, the exhibition features some sixty watercolours, drawings and associated prints, dating from approximately 1800 to 1840. The gallery is grateful to barons David and Eric de Rothschild for their generous support of this project.

The Wallace has a good number of watercolours from the 1800s by British artists, but surprising as it may seem, they have no views of Paris from this period.   Therefore, all the works of art on display have been loaned by other organisations, both public and private, including the V&A; the British Museum; the Fitzwilliam, Cambridge; the British Library; Tate, London and many others.

From 1793 onwards Britain was at war with France more or less continually for over twenty years. There were a few short periods of peace in 1801-3 and 1814-5, and after the defeat of Napoleon at Waterloo in 1815. During those periods British artists and their patrons were able to visit Paris freely as the city rapidly became a tourist hotspot popular with the middle-classes and aristocracy. It provided an ever-expanding market for paintings by British artists, especially views of the city.

The Discovery of Paris explores the outstanding contribution made by artists such as Richard Parkes Bonington, Thomas Shotter Boys, Thomas Girtin, Ambrose Poynter, J. M. W. Turner and many others, all of whom played a key role in recording Parisian life and cityscapes for posterity. Their beautiful views of Paris continue to inspire 21st century artists who sell their paintings on the banks of the Seine or in Montmartre. 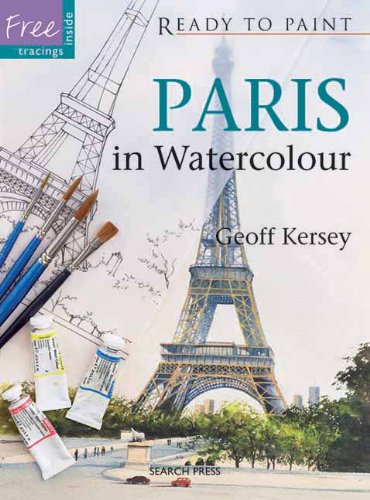 Paris, View over the Rooftops towards Montmartre by Thomas Girtin

The installation features several works by Thomas Girtin (1775-1802) including Paris View over the Rooftops towards Montmartre (1801-02). Born in London, Girtin was a pupil of watercolour painter Edward Dayes and later, Dr Thomas Monro. It is known that Girtin was planning to paint a panorama of the city. He faced considerable competition from artists such as John Samuel Hayward and Henry Aston Barker and maybe, because of that competition, his panorama of Paris was never completed. Although Paris View over the Rooftops shows Girtin's interest in panoramic scenes it is not thought to be a study for the proposed panorama.

T. Girtin, Paris, View over the Rooftops towards Montmartre

The Trustees of the British Museum

The exhibition also showcases several paintings by Joseph Mallord William Turner such as The Pont-Neuf and the Île de la Cité (1833); The Marché aux Fleurs and the Pont au Change (c.1833) and The Hotel de Ville and the Pont d'Arcole (c.1833). Turner, son of a barber, entered the Royal Academy Schools in 1789, becoming a full member in 1802. A keen traveller, he made several tours of England and Europe producing a large library of sketches in preparation for finished watercolours or oil paintings. Many were displayed in his own London gallery or at the Royal Academy, where he exhibited works for over sixty years.

J.M.W. Turner - The Pont-Neuf and the Ile de la Cite 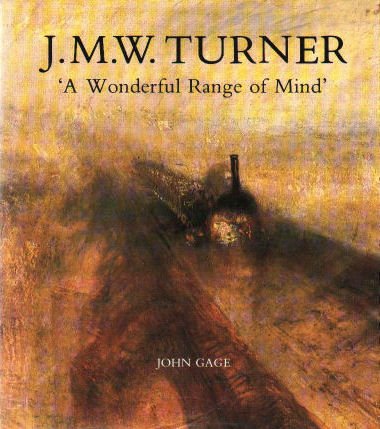 Another important artist is the painter and lithographer Richard Parkes Bonington (1802-28). The display includes a drawing and a watercolour both entitled The Institut, Paris (c. 1828). The watercolour, clearly based on the drawing, retains most of the original elements and demonstrates the artist's remarkable skill as an architectural draughtsman. When this painting was created in 1828 the Pont des Arts, a pedestrian toll bridge costing one sou to cross, would have been in position. Bonington omits the bridge, perhaps because it would have hidden the view of the Île de la Cité located on the far left of the painting.

Trustees of the British Museum

Credit: Copyright The Trustees of the British Museum

The Trustees of the Cecil Higgins Art Gallery, Bedford

Tempted to Take up Painting? 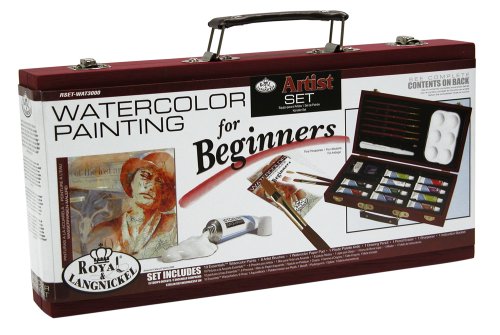 Also on display are a number of paintings and drawings by Ambrose Poynter (1796-1886). Originally an architect, Poynter was also an accomplished watercolourist. The Discovery of Paris features a series of drawings of figures which may have been preparatory studies for other works. The three figures shown below appear in his painting The Church of Saint Gervais, Paris (1836).

The Church of Saint Gervais, Paris, by Ambrose Poynter

The Discovery of Paris Watercolours by Early Nineteenth-Century British Artists is accompanied by a 140-page full colour catalogue available from the Wallace and all good book stores. There will also be a programme of interesting public events linked to the exhibition.

The show will be open until 15th September 2013. Entrance is free and further details can be obtained from The Wallace Collection. 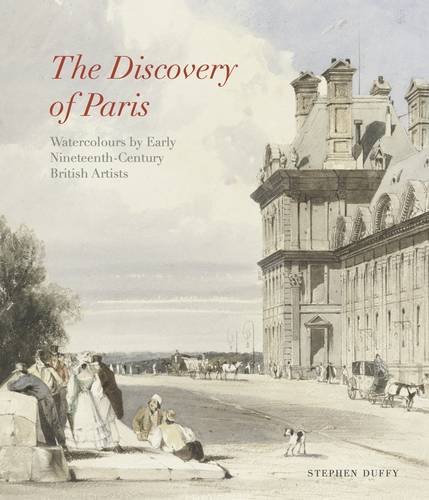 Getting to the Wallace Collection

This exhibition is highly recommended.