Among vintage cycle enthusiasts, few bicycles are held in higher standing than vintage classic Raleigh bicycles. The company has been around forever, and the bikes have been sold worldwide, making a real impact on the history and evolution of this form of transportation. Vintage classic Raleigh bicycles are not too hard to find, and they are of high quality. If you happen to come across one, fix it up! This bike will last longer than most new ones from the bike shop.

This article is dedicated to a few of my favorite vintage classic Raleigh bicycles, and I'll go into a bit of detail on their history and why I think they are so cool. I can only touch on three bicycles in this article, but I may do a few more, because there are a lot of cool vintage classic raleigh bicycle models out there, and there are a lot more that deserve attention!

Without ado, let's get into this exposition on old raleigh bicycles! 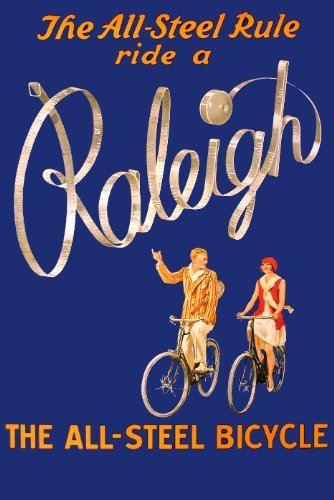 The Raleigh Roadster was one of the earliest vintage classic Raleigh bicycles out there, and it's a really beautiful bike! These things are definitely collectibles, so if you find one hang onto it for dear life. They were equipped with rod brakes (a now defunct braking system), either a full or half chainguard, and wide, thick tires. The intended usage for these nifty little bikes was dirt roads or cobblestone, and these classic vintage Raleigh bicycles were intended to be very durable and last a long time... which they have!

Not overly popular in the United States, they can still be found here and there. In Great Britain, however, they are extremely common, and they were often used by various governments offices for their staff to get around. These classic, vintage Raleigh bicycles should be in decent shape when found, and will last for a lot longer if cared for. 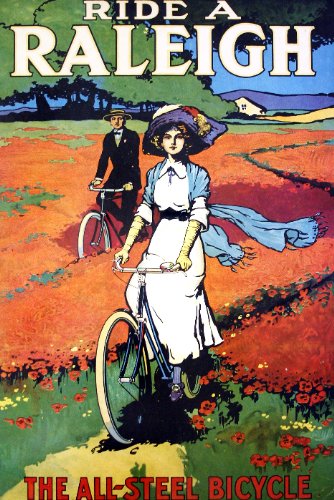 The Raleigh Sports was another cruiser / 3 speed style of classic vintage Raleigh bicycles. These are my particular favorites simply because I used to own one! They are solidly built steel framed bicycles with an understated beauty and totally utilitarian roots. I live in Canada and they can be found everywhere around here, particularly in that bright blue paint scheme that was so popular.

Raleigh wasn't ever much for showy spectacle, like other bicycle companies like Schwinn. Their designs were often dirt simple and made for durability and use. The Sports was a serious bicycle, and was touted as such. The 3 speed rear hub was nearly indestructible, and the all-steel frame was hard to hurt. I personally love the simplicity in the frame geometry and the detailing on the matching fenders. This vintage classic Raleigh bicycle is a real gem, and a keeper if you happen to come across one! 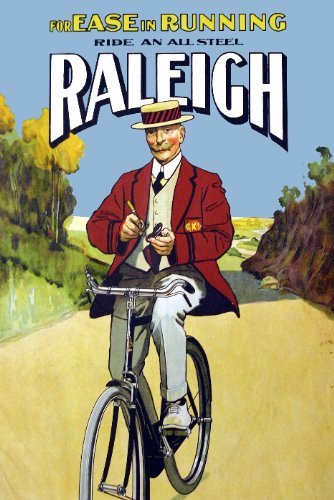 How could I talk about vintage classic Raleigh bicycles without mentioning the Raleigh Twenty? This was one of the earliest popularized folding bicycles, and it was really revolutionary. Completely strong and durable with its all steel frame, the bike had a 3-speed internal hub to aid in folding. The bike would fold up small enough to easily stow in the back of a car, and it was capable of being a comfortable ride for most adults. It had quick release levers to allow for quick breakdown, and the components were all specially designed to handle the rigors of routine folding and stowage.

The Raleigh Twenty is also quite beautiful, and as vintage classic bicycles go it holds its own. The bike was produced for many years and the design was ripped off by countless other bicycle manufacturers over the years. Early models of the Raleigh Twenty are collectibles nowadays, so if you see one consider picking it up. 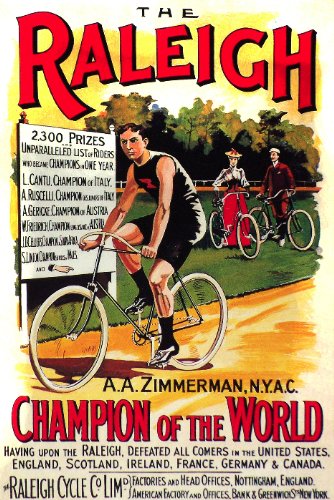 Did I say I would write about 3 bicycles? I lied, I'm having too much fun! The last bike I want to look at is the Raleigh Professional, the top of the line model for the company for many years. This is a vintage classic Raleigh bicycle that could easily run with the top of the line bikes of today. This old Raleigh bicycle had many revolutionary features. The 'fastback' seat was designed to put the rider more over the rear wheel, and in a lower riding position to reduce air resistence.

You can see many elements of the 'bicycle wars' going on at the time between the British and Italian bicycle makers. Ironically, in their attempt to better their rivals, Raleigh used Campagnolo brakes on this model, an Italian brand! This is a vintage classic Raleigh bicycle that should still perform exceedingly well if you're lucky enough to stumble across one. 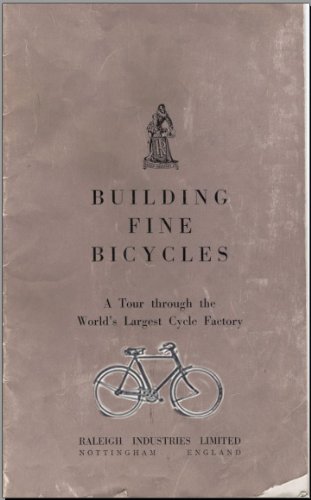