InfoBarrel is a writing platform for non-fiction, reference-based, informative content. Opinions expressed by InfoBarrel writers are their own.
InfoBarrel > Technology > Audio & Video > Stereos

Compact discs, (cds) became popular late in the twentieth century. They replaced the analog vinyl records used since the early twentieth century. People touted cds because they didn't have skip or hiss. The vinyl record was dead. Audiophiles, listeners who search for the perfect sound, feel the analog sound is superior to digital in several ways. Vinyl fans say cds sound tinny and cold. After 30 years vinyl records started to make a comeback. Vinyl enthusiasts have kept and enlarged their record collections all along.

Analog records are made by sounds recorded on a magnetic master tape. This is then transferred to a disk which uses a needle to cut grooves to make the master recording. This master disk is then used to press the vinyl records. These records can be played back on a turntable which uses a needle or stylus to pick up the vibrations which play out the speakers as sound.

Digital sound is made by recording the sound at a rate of 44,100 times per second known as sample timing. While fast, it’s not continuous like analog, and that’s where the difference comes in. It distorts sounds such as fast drum beats, or instrument tones because the sound depends on what portion of the sound it records. The cd is converted back to analog when it plays on the home audio system. Undoubtedly digital sound will come closer to continuous as equipment improves and the sample timing becomes closer to continuous sound without breaks.

According to the experts, the sound system is the most important part of the audio equation. Sound experts claim when a cd and new vinyl record are played on a good sound system, most people can’t tell the difference.

Audiophiles disagree. They claim digital sound loses quality in the high and low range. This gives vinyl a small advantage on the low end by making a warmer sound. Compact discs can’t be smooth as vinyl records, as it doesn’t continuously record the sound, and audiophiles claim that makes a difference in the sound.

Cds have the advantage of putting more music on a disc. A long playing (LP) record can hold approximately 20 minutes on one side. After one side’s done, it has to be turned over to play the other side. A cd could hold all this and more.

The most recent vinyl record, and still used, is a 12 inch diameter long LP that plays at 33 and a third revolutions per minute (rpm). These hold 60 minutes of music, 30 per side, but most recordings held about a maximum of 45 minutes. The 10 inch 33 and a third rpm preceded the 12 inch LP and held about 6 minutes per side, or 12 minutes maximum. The 78 rpm was also 10 inches in diameter and held 3 minutes of music per side. The 45 rpm is a 7 inch disk that commonly has one three minute tune per side.

Another form of LP was the V-disc used during World War II. It was a 12 inch disc that held six minutes recording per side. The material was unbreakable and sent to armed forces overseas to boost morale. Because of the agreements signed with the record companies, they were to be destroyed after the war. Some did survive and can be found on cds.

The number of 12 inch, 33 and a third vinyl records being made and sold has grown the last five years. Collectors search thrift stores and record shops to buy old copies of their favorite artist’s recordings. Internet sites sell records in addition to turntables, needles, stylus, tuners and speakers and all the equipment needed to play the 12 inch long playing record. This type of equipment is also making a comeback. Vinyl record supplies such as needles, turntables, vinyl sleeves and covers are available in stores and over the internet.

The magazine, Goldmine, publishes articles on record collecting, and publishes a catalogue that gives sales prices for records. Goldmine defined condition requirements for records and jackets which is the industry standard.

One thing the compact disc doesn’t have is the covers. Protective cardboard record covers are big enough to slide the 12 inch record into. The front has an illustration, often of the performer, or a work of art that portrays the philosophy of the musical content, album title or the performer. Sometimes the record is packaged in a double record set that opens like a book. The back is covered with text or photographs. This may tell about the different tunes, the process the performers went through to record the music. Cds do the same thing with smaller text. If it is a reissue of an old record onto cd the case often includes photos and text from the original record cover. Reading a record cover is an additional enjoyable experience as one listens to the record the first time.

Sometimes rare record covers become collectable in their own right. A vinyl record cover can be used as artwork. The Beatles Yesterday and Today butcher cover album was in stores about a day before Capital Records pulled it and pasted another cover over the picture. A few customers bought the record before the recall, and these covers sell for a premium. The albums with the pasted on cover sell for almost as much if the  paste on photograph is removed without damage to the album jacket.

It’s possible to transfer the vinyl recordings to computer or to cds, and enjoy them in those formats. Transferring analog vinyl records to digital is a common process. These recordings can be cleaned up, and the sound is good. 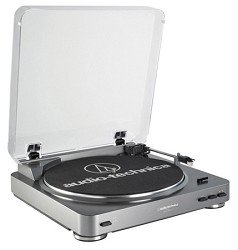 Some of these evaluations are subjective, and not related to the sound, but both sides have good points to make a case for the better system. Audiophiles who enjoy vinyl records will continue to like them better than cds. To decide which the best is for you, a blind test of the same music on the same equipment of a cd and a record may help you decide. Or maybe not.