Are you weighing up either buying the Vitamix 5000 or 5200, however are a little unsure over the differences between the two Vitamix blenders and ultimately which one you should actually invest in as well?

Well, this comparison guide of the Vitamix 5000 Vs 5200, will be able to help you out through firstly pin pointing and highlighting both the key differences & similarities between the blenders. Let's get right to comparing them.

As you might have already worked out, they are actually quite similar models -- and there is sound reasoning for that. They are actually fundamentally the exact same blender, however the 5200 version is essentially the replacement model for the 5000 blender. With this there have been some slight improvements and differences made which we will hit upon later, but for now we will just cover the fundamental aspects that are shared between the 5000 and 5200. 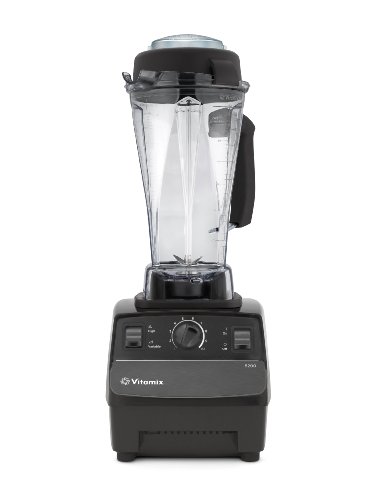 So the only real aspects to consider, is that they both take on essentially the same fundamental design of a tall jug capacity (not the newer design see for instance Vitamix 5200 vs 7500) and that they have the variable speed option allowing you to increase the intensity of the blend and thereby have a control over the thickness and viscosity of the contents inside.

They don't however, come with the preset modes that come with the more advanced Vitamix blender models (see for instance Vitamix 5200 Vs 6300 & find out more about the pre-set programs feature) -- although many claim that this feature is somewhat redundant as it -- in all -- doesn't work that effectively as you would like. 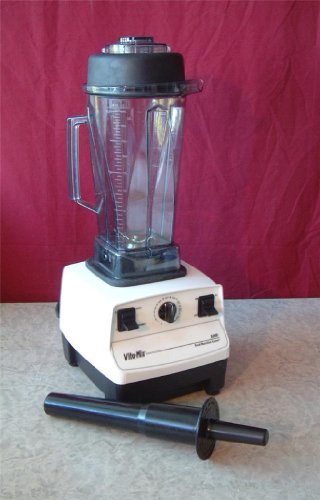 Ok, there are basically a good few differences to mention between them. The 5000 model was released in the early nineties and the replacement (as stated above) was released in late 2000's. So from the off, getting a 5000 model will be twenty years old and obviously more prone to breaking than getting a brand new 52000 model.

The major difference to note is the material used for the container. They basically switched with the 5200 from that of polycarbonate being used in the 5000 to that of co-polyester, this means that the blender is now BPA free. Also, upon close inspection you will see that there were some slight design changes as well with regards to the lid of the container as well as the handle, but nothing too drastic nor significant.

The motor also got updated and as result is both more efficient and quieter, but there is dispute if whether it is more powerful or not either way, there is no real impact on the overall performance of the blender. Apart, from this they are ultimately the exact same machine.

If you are to get the 5000 model, it will be more than likely second hand and hence won't come with the 5200's seven year warranty coverage. This is in general, why I suggest going for the latter -- that being said if you can find a new 5000 or a barely used/refurbished model for considerably cheaper than around the $500 price tag that the 5200 comes at -- then go for it! Ultimately, though they are the exact same model, just the 5200 is the more up to date version of it.

Make sure you if you have any questions or issues that you make a comment in the section below and I will be happy to get back to you. I think you might have read that QVC & some Vitamix reps have stated they are the same, and they are right to a point in that it is the same model base but there as stated above a few minor differences to be had.