Like many are you a bit stumped over the differences between the Vitamix 5200 and 7500?

Well, that's not a surprise really -- as they are essentially the exact same blender model with the same primary features (variable speed control) -- which is where most people get a bit stuck and ask 'why the price difference then?'

It's simply to do with the Vitamix 7500 model being the newer version (post 2012 generation).

However, this is definitely not to say that 'no changes' have been made at all between the 5200 and 7500. Improvements have been made both to the practical design of the 5200 as well as the core mechanical blending performance too.

There are four distinct differences to discuss: 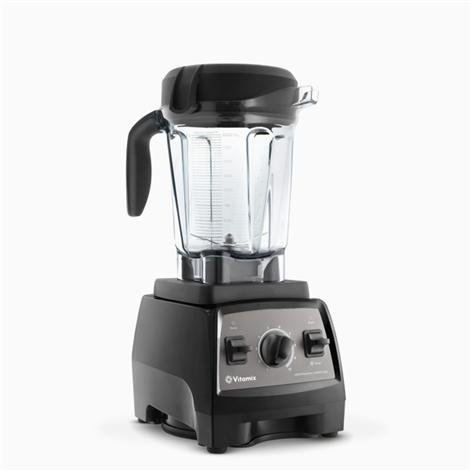 Obviously, the most noticeable difference is that the Vitamix 7500 (the newer generation) is shorter and wider (whereas the older generation is taller and thinner). The actual container capacity is the exact same at 64 oz, but this alteration in design was done for several reasons:

i. It is a lot easier to store the Vitamix blender away (i.e a less awkward design), especially when it comes to fitting under and into kitchen cabinets.

ii. It makes pouring any smoothies that have just been blended a great deal easier (with regards to actually getting out of the container and into a cup).

iii. It also enhances the blender produce finish, with it being able to 'get at' the food better.

Point 3 also comes with the factor that the 7500 has a tougher and longer 4 inch blade compared to a 3 inch blade on the 5200 -- allowing essentially for more food to be 'moved around' whilst blending and offers a better and more consistent blend.

Other than that though the stainless steel base design of the 5200 and 7500 are still actually rather similar, a modern look with mechanical set switches. Coming with the three option points to manually alter the speed and so on. 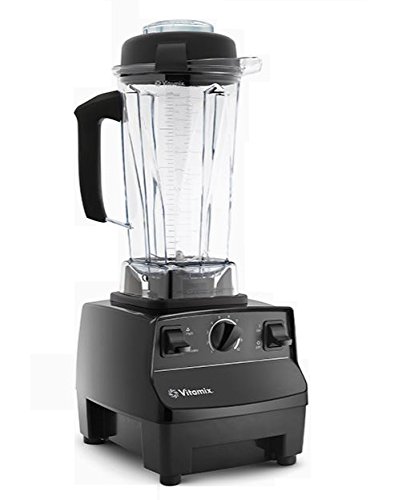 Both the Vitamix blenders have commercial grade motors, however the Vitamix 7500 is slightly more powerful. The 5200 has a 2 HP whereas the 7500 has a 2.2 HP -- giving a slight edge of 0.2 HP -- allowing it to get through the tougher ingredients that 'bit better'.

However, not only is the Vitamix 7500 more powerful it also gets a better air flow, thereby keeping the motor cooler and hence can "work harder for you". Essentially then you are getting a more powerful & more efficient powered motor system with the 7500, in turn contributing to a better blending performance (particularly of tough ingredients) for a higher quality and smoother output.

Moreover, in comparison to the Vitamix 5200, the 7500 will be noticeably faster due to the improved motor and design alterations mentioned above -- all things equal.

Another significant factor that Vitamix like the point out is that the new generation of the Vitamix blenders (including the 7500 vs 5200) that they are much quieter in operation than the older range. You can actually hear an audible test from the youtube video I have just embedded below.

Obviously, you can't distinguish exactly but it is obvious the 7500 is quieter -- Vitamix state it to be around forty percent quieter. Such a significant reduction is due to a range of technologies and design alterations particularly in the area of both dampening, capturing and improving sound quality produced.

The Vitamix 5200 and 7500 do still contain some identical aspects too such as the industry leading 7 year warranty coverage program that they have provided -- but the truth is when you buy a Vitamix, you're buying it for life. They really are that durable.

You also get a set of accessories with regards to recipe books and DVDs etc. They are largely the same, but there is always some slight variations amongst all the Vitamix blender models.

Clearly the Vitamix 7500 offers distinct advantages over the 5200:

i. the 7500 blends better (for a whole host of reasons listed above)

However, there is one key component that we have missed out in this comparison and that is price and ultimately the "value for money" aspect they both offer relatively. Note: that the prices of the two blenders obviously change weekly if not daily, so take my 'price' takings and comparisons with a pinch of salt (you can see the best prices for the two respectively with the elements I have included in the article).

So the question is are you willing to spend the difference on the extra benefits that the 7500 has to offer?

My answer would definitely be 'yes'. The Vitamix 7500 is a far superior model and if you are spending in excess of 400 dollars for a blender anyway, spending an extra 70 odd bucks or so to make sure you are getting a model that offers a whole more 'bang for your cash' in terms of performance makes perfect sense to me.

If spending upwards of 400 dollars for a Vitamix blender is off putting, which is obviously understandable -- you might want to consider getting a refurbished model. Do note though, they are pretty limited and the warranty only covers up to 5 years. Still definitely an option worth exploring.

Let us know if you have any questions regarding the comparison of the Vitamix 5200 vs 7500 and we will be sure to answer them in the comments section just below.

Make a Fake Fried, Boiled or Poached Egg in a jiffy