Teachers of English as a Second Language (ESL) understand the importance of exposing students to new vocabulary, and presenting new words frequently and in various ways which boost students' grasp of meanings and usages. Generally speaking, learners need to encounter a word at least half a dozen times before they can retain it. The three games outlined here are all useful ways of getting ESL students to practice words which might otherwise be forgotten. With all three, the end of each round is also an opportunity for the teacher to introduce a few brand-new words to the class.

Game 1: Break down and build

This game is very easy to understand. Students, working in teams or as individuals, are given a longish English word, and they must use the letters in it - and no others - to create other English words. Make it clear that nouns, verbs and adjectives are all acceptable, but proper nouns and abbreviations don't count. At the end of the time provided, find the winner by counting how many correct English words each student or team has derived from the word you wrote on the blackboard.

Medium-ability students should be able to come up with: one, ice, ten, net, not, note, nine and tie. After you've checked everyone's efforts, you can teach some of the more obscure words that can be formed from the letters in convenient, such as: con, cot, coven, convent, cone, cite, even, inn, tone, tonne, teen, none and tee.

You can make the game a little trickier by telling the students that words of three or fewer letter won't count towards their total. Even then, with a few minutes' concentration, good students should be able to get most of these: rest, rent, rate, star, start, stun, aunt, turn, tarn, tent, test, earn, seat, sate, sure and sane.

With a word like delicious, the four-letters-or-more rule may too restrictive, as even the best students will struggle to get more than a handful of answers (deli, does, dole, cloud, lice, sold and cold). If three-letter words are allowed, you can get: lie, lid, die, old, ode, ice, use, sue and sod.

Other good starting words to use are department, elephant, literature, suggestion and telephone. 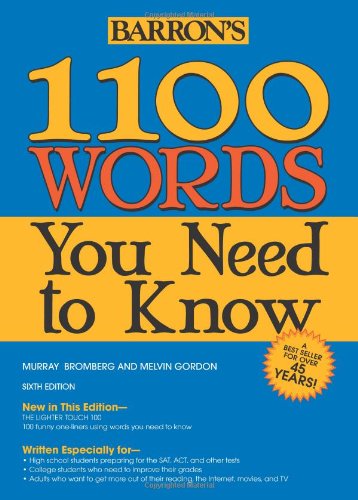 This game is good for divergent thinking, as well as reinforcing students' understanding of the different roles played by verbs, nouns and adjectives. Before starting, stress that each word much have a logical and reasonable connection to the previous word, and that words can't be reused. (You could, however, allow the same word being used differently, such as water as a noun, then later as a verb.)

This can be played as a team game, but it also works very well as an activity in which each member of the class must work by himself, provide an answer when it's his or her turn, or face elimination.

Preparing for the game takes just a few seconds. Divide the blackboard into three columns, labeled from left to right: verb, noun, adjective. Start by writing a common verb in the appropriate column, then ask the first person to play to come up with a connected noun. The person next up must offer a relevant adjective. The third participant should then give you a verb related to the adjective, and so on. After a while, your blackboard may look like this:

You'll need a dice to play this game, preferably one big enough so everyone in the classroom can see which number comes up. When it's a student's turn, he/she should roll it twice. For the first roll, he/she should refer to this list of categories:

For the second roll, he/she should refer to this list to see which letter his answer must include:

(To make the game more difficult, replace the vowels with consonants.)

If the student rolls a 2 and then a 1, he needs to say a place which includes the letter a, and it mustn't be the same as an answer given earlier in the game. Places with a include: apartment, department store, restaurant and graveyard. It's up to you whether you'll accept proper nouns, for example: America, Denmark and New Zealand.

If he or she rolls a 6 followed by a 3, good answers would be: swimming, cycling and jogging. A 4 with a 6 could be answered with sofa or stove.