I am Bill Hunter, an avid hiker. For hiking related articles, see the following: A Thrilling Trek to the Key Hole on Longs Peak An Exhilarating Hike to Scenic Hallet Peak Best Hike for Kids in Rocky Mountain National Park  Love to write too? Join me on here on InfoBarrel.
InfoBarrel is a writing platform for non-fiction, reference-based, informative content. Opinions expressed by InfoBarrel writers are their own.
InfoBarrel > Lifestyle > Religion & Spirituality > Buddhism

Was Alan Watts a Prophet?

Alan Watts (1915- 1973) was one of the first western philosophers to widely promote and popularize Zen Buddhism in the West. His message is increasingly important today, especially if you have felt disconnected or isolated, or are unhappy with your life. Many of his ideas are now supported by the leading positive psychology researchers, who study the brain to understand what really makes us happy and content. Even more amazing, his ideas on work and vocation have been co-opted by many of the supposed “thought leaders” of the day, like James Altucher and Seth Godin. Alan Watts was ahead of his time. He will be regarded with increasing importance as a new generation discovers him. Was he a prophet?

Prophetic Insight #1: You are It!

Alan Watts viewed the idea of a separate, isolated ego as an illusion. This illusion is useful and serves a purpose, but it is a fabrication, a hoax. One way to get in touch with this reality is through contemplation, meditation, or by studying koans, which are paradoxes or puzzles studied by Zen students to help them uncover their true nature. Discovering that what you think of as "you" is an illusion might seem disturbing, but it can also be liberating when you realize that your true self is an essential part of something so much larger. You are It! Everything. You and the entire  universe are part of the same connected consciousness. In Watt's own words:

"Every individual is a unique manifestation of the Whole, as every branch is a particular outreaching of the tree. To manifest individuality, every branch must have a sensitive connection with the tree, just as our independently moving and differentiated fingers must have a sensitive connection with the whole body. The point, which can hardly be repeated too often, is that differentiation is not separation. The head and the feet are different, but not separate, and though man is not connected to the universe by exactly the same physical relation as branch to tree or feet to head, he is nonetheless connected—and by physical relations of fascinating complexity." [3]

Not a bad trade-off for losing your self. But, how is this prophetic, you might ask? The idea of the isolated self as an illusion is not new. But Alan Watts recognized that the Western focus on the ego and self-reliance enhances our insecurity and anxiety. He felt that the West desperately needed another way to understand the self:

"The prevalent sensation of oneself as a separate ego enclosed in a bag of skin is a hallucination which accords neither with Western science nor with the experimental philosophy-religions of the East — in particular the central and germinal Vedanta philosophy of Hinduism. This hallucination underlies the misuse of technology for the violent subjugation of man's natural environment and, consequently, its eventual destruction. We are therefore in urgent need of a sense of our own existence which is in accord with the physical facts and which overcomes our feeling of alienation from the universe."[3] 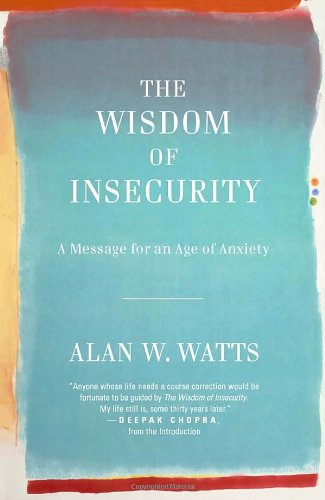 Watts offered meditation as one way to increase mindfulness and ease anxiety. Today positive psychology researchers have shown that meditation improves psychological well-being[4][6], reduces anxiety, lessens pain[5], and increases happiness[1]. Meditation is about becoming more aware of your thoughts (the ego chatter in your brain) and becoming more mindful of the present moment. Through regular meditation, the ego slowly diminishes and the sense of connection to others and the universe in general, expands.

Watts also experimented with hallucinogenic drugs to change his consciousness. While nobody of any merit would suggest this is a healthy or risk free way to expand your consciousness, this could conceivably change in the future if researchers ever discover safe, non addictive pharmaceuticals for this purpose.

Striving is Good... In Moderation

But most researchers, like Watts, also say that the goal of meditation or any spiritual practice (including ingesting hallucinogens) is not perfection. Moving to a mountain top and meditating all day, striving for enlightenment, is not a recipe for happiness for most people. That type of approach often becomes another form of striving, of placing too much importance on the isolated ego.

Researchers say that to be happy, most people need some amount of striving toward a goal, not because reaching the goal makes them happy (because often it does not, at least not for long[7]) but because the act of striving itself can increase happiness. But you can strive too much if the goal becomes so important that you focus only on the future (that day when you become rich or famous), and you neglect the present.

Happiness and the Hedonic Treadmill

You might think this advice is not all that profound, and you might be right, except that now science backs up what Watts taught decades ago. In a number of scientific studies[8], researchers have shown that people are vulnerable to the hedonic treadmill effect, which is the process whereby we quickly return to a relatively stable level of happiness despite major positive or negative life changes. The day you get a promotion, your happiness level spikes, but months later, the effect is gone. You are back to the same level of happiness that you had before the promotion. Thus, you are better off enjoying the process of striving toward the promotion because the happiness boost you get from that activity is spread out over a longer time period. 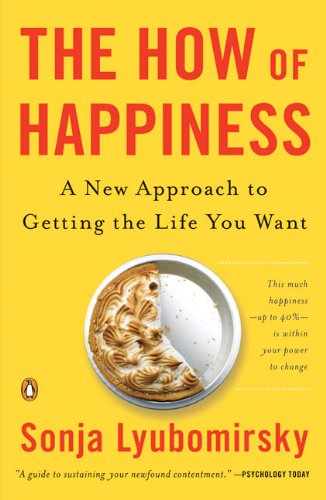 The How of Happiness: A New Approach to Getting the Life You Want Amazon Price: $17.00 $8.10 Buy Now(price as of Mar 5, 2015)
Sonja Lyubomirsky explains that everyone has a happiness set point. Positive and negative life experiences can only temporarily change your happiness level. It eventually returns to the set point.

Prophetic Insight #2: Work for Yourself

Alan Watts ideas on work  were also prescient. When asked how one should decide upon a career, here is Watts response:

"When we finally got down to something, which the individual says he really wants to do, I will say to him, you do that and forget the money, because, if you say that getting the money is the most important thing, you will spend your life completely wasting your time. You’ll be doing things you don’t like doing in order to go on living, that is to go on doing things you don’t like doing, which is stupid. Better to have a short life that is full of what you like doing than a long life spent in a miserable way.

And after all, if you do really like what you’re doing, it doesn’t matter what it is, you can eventually turn it – you could eventually become a master of it. It’s the only way to become a master of something, to be really with it. And then you’ll be able to get a good fee for whatever it is. So don’t worry too much. That’s everybody is – somebody is interested in everything, anything you can be interested in, you will find others will. But it’s absolutely stupid to spend your time doing things you don’t like, in order to go on spending things you don’t like, doing things you don’t like and to teach our children to follow in the same track."

He basically advises to follow your intrinsic passions and the money will follow. Or at least, don’t base your career choice on money. Cultivate an interest that fundamentally motivates you, get good at developing and expressing it, and eventually you will be paid for your abilities.

This advice is very similar to that expressed by both Seth Godin and James Altucher, best-selling authors, self-help gurus, and aggressive marketers, who advocate that in the new economy, job security is dead. Everyone needs to be an artist, inventing and selling themselves. According to Seth Godin "There are no longer any great jobs where someone else tells you precisely what to do" and "Everyone is an artists now". In his book Choose Yourself, James Altucher advises to quit your corporate job and instead "choose yourself." Granted, these gurus have emerged now because the employment landscape has changed radically in recent years. With outsourcing and automation eliminating many traditional jobs, we are more receptive to alternatives. Alan Watts had the same advice fifty years ago, but he was more sincere and less self-serving.

Was Watts a Prophet?

I have shown that Watts was a visionary. He was also a great writer and a charismatic speaker. But was he a prophet? He may have been brilliant in many ways, but in the end he was a flawed human being, just like all of us. He died in 1973 of alcoholism. I was a bit crushed when I discovered that fact, for I loved his writing so much that I had placed him on a pedestal. But I hope that more people discover his writings. He has much to offer, more so than some of the anointed gurus of today, who don’t really improve on anything Watts said fifty years ago, even if they are really good at self-marketing. 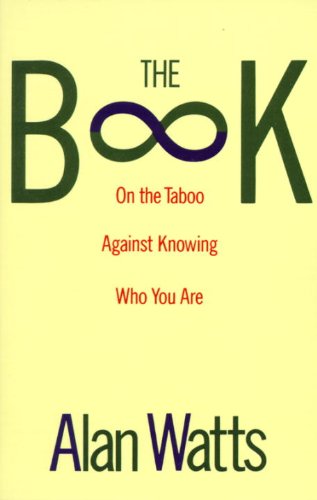