Be a great sports parent.   Find your voice writing for Infobarrel. Sign up here. BoomerBill
InfoBarrel is a writing platform for non-fiction, reference-based, informative content. Opinions expressed by InfoBarrel writers are their own.
InfoBarrel > Lifestyle > Family > Parenting

There Aren’t Any Horses!

My two children both participated in high school aquatic sports.  Their participation involved swim team and water polo.  Before watching my first water polo game I didn’t know the first thing about the sport.  After eight years of watching high school games I learned a thing or two.  The sport can be fun to watch, particularly when you understand what you are seeing.  I’ll give you some tips to be a good water polo parent.

Your Kid’s Playing What?

Be Prepared to Explain the Game

When you tell your friends your child is playing water polo, they likely don’t know much about the sport.  You’ll need to explain some basics.

The game is played with seven players on each team.  There are six field players and one goalie for each team.  Players each wear caps with numbers on them.  The ball looks like a brightly colored volleyball and has texturing for grip.  The pool is laid out with goals at each end.  The referees place cones or stripes in the middle, and at the five meter and two meter lines.

Games have two refs, one for each side of the pool.  You will note that the referees are dressed in white like Mr. Clean from the cleaner ads.  High school quarters are six minutes each with the clock stopping at various points sort of like basketball.  Games begin with each team lined in the pool at the end by their goal with a sprint to the ball drop by the ref in the middle of the pool.  Each team has a 30 second shot clock.  Possession changes with each goal scored.

Credit: wikipedia commons public domain - http://commons.wikimedia.org/wiki/User:SebjarodWater polo is played in a standard sized 25 yard competition pool with goals on either end.  The best pools for water polo are deep at most ends, but many community pools have to use a shallow end as well.  You will note that the goal in the shallow end is higher.  The idea is to make shooting on the shallow end goal no more challenging than the deeper end.  The goalie is allowing to stand when guarding the shallow end goal and leaving the goals the same would give an advantage to the defensive team.

The sport is something akin to a combination of soccer, wrestling and swimming.  There is quite a bit of contact, much of it occurring underwater.  The players push and shove a lot as they jockey for position.  Rough play is common, particularly in the boys game.  One offensive player, the hole set, typically attempts to station himself at the two meter line in front of the goal.  The other offensive players are fanned out around the hole set,[1] sometimes also known as the two meter position.  The game is the roughest right in front of the goal as the hole set offensive player jockeys for position against the hole defender.  These are generally the largest players in the game.  The goalie on each team is the only player allowed to grasp the ball with two hands.  The other players cause the team to lose possession if they grab the ball with two hands at any time during play.

For boys and girls, the swimsuits must be very tight due to the contact nature of the sport.  You don’t want to give opposing players anything to grab to slow you down.  Experienced guys wear the smallest brief or speedo type micro suits they can tolerate to limit their suit being pulled.[2]  Given that boys generally favor the long board shorts these days, the first game of the season is always funny as the boys come parading out in their new speedos.  Usually, their board short tan lines are very visible and they wander around wanting to cover up.  Be sure to take pictures for revenge later.

Refereeing is a Mystery

You will note that the referees speak very little.  They direct the flow of the game with whistle bursts and hand signals.  Until you’ve watched a few games this can be very confusing.  One whistle blast means a minor foul with a free shot.  These are usually fouls for impeding the progress of a player without the ball.  One important thing to remember is that the rules limit contact against players who don’t possess the ball, but the guy or girl who is holding the ball can be whacked.  Novice parents in the crowd are most evident as they call out for fouls against the kid with the ball.  They won’t be called unless the contact is brutal.

Listen to the Whistle Bursts

Two whistle bursts mean a change in possession.  There may also be a major foul in which the offending player must exit the pool so his or her team will play the possession in a “man down” scenario.  This is akin to the penalty box in hockey.

Sometimes the players will be confused as to what has been called since the refs use the hand signals.  The ref may or may not tell them what has occurred.  Refs are most likely to speak to inexperienced players or teams to help them learn the game.  The fans in the stands are not supposed to speak with the refs.  In fact, polo refs are more likely to have fans removed from the pool deck for excessive “conversation” (ie. yelling) than any other sport.  You have to mind your manners.

You have to remember that quite a bit of the contact occurs under the water.  The referees are standing at the edge of the pool looking down on the players.  They can see things that you cannot.  While they may also miss some underwater contact, they can still see much more than the spectators.  For the girls, some of the contact involves boob grabbing.  My daughter would have steam coming out of her ears when that happened.  My son generally was not as angered by unwarranted contact, he would simply return the favor when he was playing defense.

A great guide for understanding refereeing is A Spectator’s Guide to Water Polo by Peter W. Pappas.    I understood the game quite a bit better after reading this guide.  If you manage to read this before your child’s first game you will enjoy what you see much more because it’s more understandable.

Most referees consider themselves ambassadors of the game.  They are usually former players who love the sport and want to stay involved.  Most of them will explain things that happened during the game if you speak with them afterward.  Of course, discussion is easier when you are asking general questions or have queries about calls in the game that were not sources of dispute.  Offering negative opinions will not be well received.  Although the refs receive a fee for their services, the amount paid is pin money.

Most water polo kids are also swimmers.  Although it seems counter intuitive on its face, swim coaches tend to hate water polo and often discourage their better swimmers from playing.  Most competitive swim clubs have swimmers practice in the morning and afternoon.  The sport is big on muscle memory and finding your groove through constant repetition.  Water polo free style swimming requires keeping your head out of the water,[3] which is a no-no for competitive swimming.  Likewise, polo players are trained to do back stroke in a posture that looks as if they are sitting up.  The idea is to move backwards while watching was is happening.  This back stroke motion is very choppy and quite different from racing back stroke.

If you look at swimmers and polo players at the Olympic level, the swimmers are sleeker.  Water polo success requires a bit more strength, so the best polo players can be a bit bulkier.  Nevertheless, they are some of the most highly conditioned athletes of any sport, given the need to swim and wrestle in the same game.

Where is Water Polo Played?

California is the US mecca of the sport.  Most all of the best American players come from California.  The game has been played for years in the northeast, similar to lacrosse making its first inroads in America.  Other areas where you will find the game are Florida and portions of the Midwest.  Given that pools are required, you only find water polo high school leagues in areas with a concentration of competition pools.

Florida high school water polo is found mostly in Central Florida and South Florida.  The high school game is governed by the Florida High School Activities Association.  Their website has a water polo coaches manual you will find helpful.  This association is the governing body for all high school sports played in Florida, not just water polo.  The "season" for polo is in the spring.  The season starts in late February and runs into April.  Many polo players participate in club teams to stay active in the sport year round.

College water polo is governed by the Collegiate Water Polo Association.  College water polo is divided into varsity and club divisions.  The season in college is during the fall.  The teams tend to play in weekend long round robin tournaments instead of single games.  Conditioning requirements are even greater in college due to the players having multiples games in one day. Varsity teams are less numerous, but all have paid coaches and often provide scholarships for players.  Club teams are student organized and may or may not have coaches.  The club team members play for physical activity and love of the game.  My son currently plays on a club team and is having a blast.

You will enjoy being a water polo parent more when you understand the sport.  Watching can be a lot of fun.  Check it out! 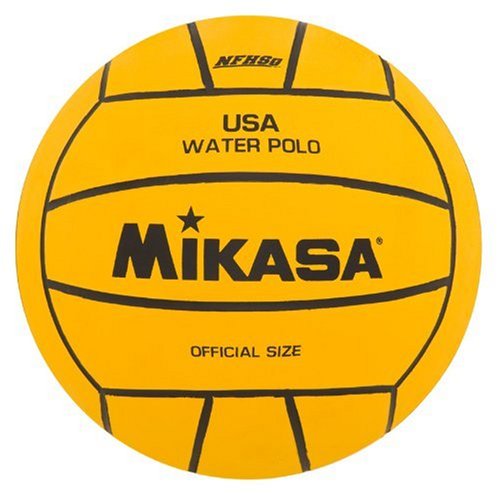