As well as being an avid writer, I am also an enthusiastic gamer, anime fan, movie buff, and love of all things strange. Being as I live with a boyfriend, I am also particularly knowledgeable about cleaning and cooking. You can join me in my adventure of writing for money here at Infobarrel. Sign Up today! Also, I wrote a book! Check out The Guild today!
InfoBarrel is a writing platform for non-fiction, reference-based, informative content. Opinions expressed by InfoBarrel writers are their own.
InfoBarrel > Lifestyle > Beauty > Skin

We have all heard the scenario: Oh no! It's the night before the big spring ball dance sock hop and I've got a pimple right in the middle of my face! However surprise badly placed pimples aren't just limited to teenage beauty queens. It can happen to men or women, young or old. They can be triggered by poor diet, stress, or a lackluster skin care routine. Regardless of the who, when, where, why, and the 'oh God what is that thing!?' something needs to be done about that pimple.

Keep Your Hands to Yourself

First things first, before you're going to start fighting that monster trying to claim your face as its own there is one rule to follow. Don't touch it. Don't prod it, don't poke it, don't stick it with a needle or try to pop it. Poking at that thing will just lead to more as your hands are filthy little bacteria spreaders.

Not touching the pimple unless washing your hands before and after is rule number one.

For those that are used to dealing with acne or surprise pimples, the first and best course of action should be to reach for your emergency acne treatment products. if you have battled acne for awhile, you will have probably found something that works best.

However, for those who are unfamiliar with acne products, there are two things that work well to clear up pimples fast—salicylic acid and benzoyl peroxide. Salicylic acid is the main ingredient in face cleansing pads like OXY. It kills the bacteria on the face responsible for pimple growth and causes your face to shed skin more rapidly while promoting the growth of new skin. This will help keep the area of your pimple clean and promote healing.

Benzoyl peroxide is similar to salicylic acid in the fact that it does essentially the same thing. However, instead of clear liquid on a pad, this is usually sold in a cream. Those with solitary pimple usually swear by this chemical because "cream = thick = better coverage." However, too high of a concentration and it will cause skin irritation. 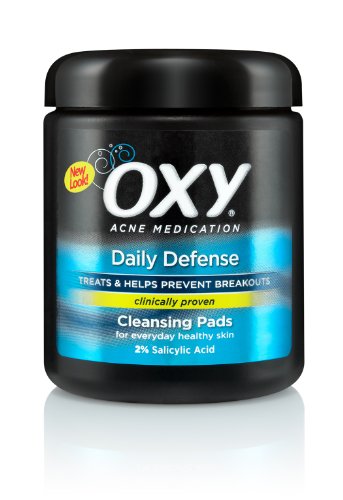 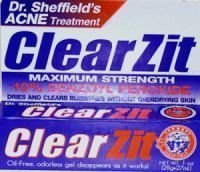 For those that don't have chemicals for acne laying around, there is often at least one remedy for a pimple right at home. Some work better than others, though often some don't work for some people but work for others. Sometimes, it is all about trying them and seeing what works.

Yes, rubbing more oil on the face …That is a recipe for success. While it sounds like it defies all the holy anti-acne rules, tea tree oil is different from the canola in your cabinet. Tea tree oil is actually is an antibacterial oil, which means it kills the bacteria that cause pimples on the skin by clogging up the pores. Be sure to add this with a Q-tip and not just slather it all over the face. Some of that face bacteria we need for healthy skin, plus it dries the skin out.

This is probably the most argued over home remedy. Some claim it works wonders (and leaves their face minty fresh), others claim it irritated their skin beyond all belief. Both sides lack all the facts, though. Most tooth paste contains silica and triclosan, silica dries the pimple out while triclosan works as an antibacterial. These ingredients are found in natural toothpastes and usually will work wonders overnight.

However, many brand name toothpastes contain sodium lauryl sulfate which, as well as burning horribly upon contact, will irritate your skin, even burn it if left on long enough.

So before using toothpaste as a home remedy, read the ingredients first. Also, you may want to opt for a toothpaste that doesn't include mint, it will hurt less.

Baking soda has anti-inflammatory properties as well as antiseptic ones. It is famed for being a pH neutralizing compound and many believe that a pH imbalance can be the cause of acne. This wondrous powder is also a somewhat effective exfoliate.

Some claim that creating a paste from baking soda and a little water, then applying to afflicted areas is a godsend miracle cure. However, it doesn't work for everyone. Ultimately it will only work for those whose pimples are caused by a pH imbalance. For those whose pimples were caused by something else it may have a lesser effect or none at all.

Crushed aspirin doesn't so much cure pimples, it just makes it less noticeable. Aspirin is an anti-inflammatory, so applying it to the blazing red skin fire on your face will help quell that. Simply crush the aspirin up in a spoon and add just enough water to make a paste. Apply this mixture and leave on over night or until it dries and you should have a tiny red spot instead of a huge one.

Like aspirin, this isn't so much of a cure as it is a cover up. Eye drops, in particular the ones that sooth redness, also sooth red skin. Add a little onto a Q-tip and apply. I have personally noticed a positive effect within five minutes.

Though do not put the dropper to your face. You will never be able to use it on your eyes again.

Astringents, though sometimes incredibly painful, are also helpful to fighting pimples. They are an antibacterial and will help prevent pimples and heal them, as well as reducing redness on already existing one. Products like Witch Hazel and Seabreeze are effective, but be wary. Too much use will dry the skin out badly. However, this "miracle cure" comes with a bad side. Since it dries your face out, your face will mass produce oils to try and fix that. It leads to a unpleasant shininess and greasy feeling on the skin hours after use. It is all about deciding which is worse: big red pimple or big shiny forehead?

Though not all astringents are harsh burny chemicals like Seabreeze and Witch Hazel. Some natural ones include green tea bags, lemon juice and banana peel.

This is a technique that should be used before the above remedies. Just like a bad sports injury, pimples can be iced to reduce redness. Ice reduces the swelling and slows down the blood flow to the area so it doesn't swell further. However, it does close the afflicted pore up tight, so you may want to clean the area before icing it.