Web Redemption - Can the Internet Surmount Populist "Dumbing Down"?

Stoopid is as Stoopid Does

The Scenario: a fictional amateur crypto-zoologist is conducting preliminary research on a secretive, hitherto unverified, North American primate.  He turns to the Internet, the greatest informational resource in history, and his diligence reveals the following, among many other similar on-line articles about his subject:

Bigfoot vs. the Loch Ness Monster – Who Would Win this Battle of the Century?

This, of course, is of no value to the crypto-zoologist for many reasons.  Primarily, the basis of this fictional article is absurd, since neither creature exists.  But the greater disappointment is that such articles pass for erudition these days, complete with silly premises, bad grammar, and misspellings.

The Internet was not intended as the CB Radio of the Information Age.  It formed from a well-spring of networks developed in the 1960s to aid in the nascent information exchange industry.  As communications improved, the World Wide Web increased in size and scope, with the world’s universities and militaries using it as an information exchange platform the like of which had never been seen in human history.

And then the Web became accessible to the public in the early 1990s.  Suddenly, the “10-Four, good buddy!” of the 1970s gave way to “LOL”, the “Keyboard Cat”, and any number of other viral icons.  Bearing in mind the Web’s loftier intent was the exchange of ideas and information, the progenitors probably didn’t envision something as mundane as a Web article about how to convert square feet into square yards (something it would be hoped one learned in the sixth grade), or as insignificant as “The Dancing Baby” (popular several years ago).

Another problem is the general dearth of solid information in Web articles purporting to offer enlightenment.  A perfect example of this less-than-educational material is in the field of “The Mystery [insert enigma here]": “The Mystery of the Widget Collector”, “The Frammis Adjuster Conspiracy Mystery” and similar items.  Generally, articles of this ilk will co-opt a popular subject, say, “The Bermuda Triangle”.  The author will “research” other Web articles, and then write something that offers only a spewing of facts and dates with no insight or possible theories or solutions to “The Mystery” at hand.  Articles like these are very frustrating; they use many words to generally not reach any conclusions.   All serve to pique one’s curiosity; hardly any ever satisfy it.  “The Mystery” remains unsolved.

There is merit in entertainment, comedy, satire, and social networking.  All these things have, and deserve, their places on the Internet.  But it seems as if not enough of the Web’s time and server capacity is used for the human condition's betterment or for the “exchange of ideas”.  The bulk of on-line traffic appears to be spent writing of mundane things – reporting what one had for lunch, talking about how wonderful one’s dog is, etc.

The literate and informational picture is not all gloomy, however.  It always comes as a welcome surprise when one finds well-researched, articulate, and insightful material on public sites.  A prime example (by no means the only example) of what is good and right with the Web (and collaborative web-sites) is Wikipedia.  Wikipedia, of course, has its share of bad writers as any site open to the public does.  However, the average Wikipedia article achieves a standard almost no one else has consistently met.  Sites like it truly do seem to adhere to the original spirit of the Internet – scholarly debate, discussion, and information exchange.

In the end, the old quote, “We have seen the enemy, and he is us,” rings true.  We, the public, have created the morass of bad information, disinformation, poor research, and sloppy writing.  We are also responsible for the mundane, the picayune, and the trivial.

It is up to the public to remedy this shortfall in quality information.  The Internet can be rescued from banality.  By no means should its access be restricted.  Public sites offer a forum for good writers, or for those with good ideas that might not otherwise be disseminated.  Before churning out that next article, though, give it some thought.  Is the topic worthy of discussion?  Does it give a fresh spin on an older idea?  Can it spark debate or generate legitimate controversy?  Not everything must aspire to Shakespearean eloquence or to Hegelian logic.  But, if one spends the time to write something and then to post it, perhaps one should make sure it is truly worth that effort by producing a good finished product.

Learn to separate fact from fiction... 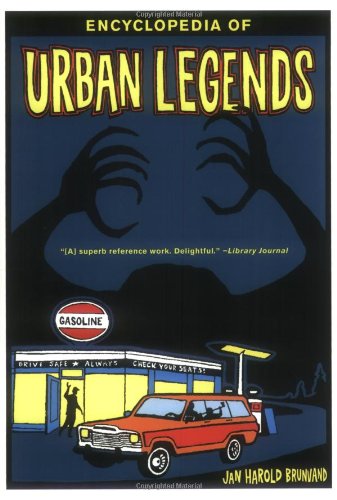