A clinical psychologist by training, I enjoy observing and writing about the "quirk" that is all around us, including my own. Having worked in just about all levels of higher education, I am now focused on what really matters in life: spiritual growth, love, relationships, happiness, extreme laughter, health, travel, and fun! I get a buzz from finding deals that support my "happiness habit." I strive to always be open to knowledge and to be blissful without the ignorance. My motto: Why have one great vacation, when you can have four for the same price. If you enjoyed this article, I invite you to read these: Warning: Food Companies are Gambling with Your Life: 5 Foolproof Ways to Protect Yourself from Healthy Food My 2-Liter a Day Addiction to Coca-Cola Five Tourist Attractions for People Who Want to Be Stupid 5 Awesomely Singable and Hummable TV Theme Songs that Love on that Live On in the Interwebs
InfoBarrel is a writing platform for non-fiction, reference-based, informative content. Opinions expressed by InfoBarrel writers are their own.
InfoBarrel > Health > Nutrition & Weight Loss

This Just In! Soda Weight Gain is for Real!

The topic of soda and weight gain is fraught with conflicting information. “Yes, soda makes you fat!” “No, it doesn’t as long as it is consumed in moderation.” What to believe? Who is telling the truth? It’s important to know who and where the information is coming from. Below are five scandalous and scary facts about soda and weight gain:

1. Soda Turns You Into a Mutant!

Okay, not really, but it does mess with your body on the cellular level and makes you more susceptible to soda weight gain. A study involving 33,000 men and women showed that sugary beverages (including soda) interacts with our “obesity genes” and increases that risk more than heredity alone.[1] This is true even when taking into account diet and exercise. In other words, the more soda you drink, regardless of how you eat and exercise can lead to soda weight gain.

2. Soda can Cause You to Chase the Dragon!

Drinking too much of that carbonated stuff not only helps you perfect your ability to burp out the alphabet like a pro, it can also lead to soda addiction. The possibility of getting cracked out on Coke (Coca-Cola that is) is something that the beverage industry denies, but those of us who have had (or still have) a soda addiction knows it's true. Let’s see now. What are some of soda’s key ingredients? Sugar. Check. And/Or corn syrup. Check. Caffeine. Check. Oh. Those ingredients have addictive properties.[2] And if you have a soda addiction, you’re probably drinking way more than you should. Those calories add up and guess what? Soda weight gain.

3. The Soda Industry is Lying to You and Pays Off Companies to do the Same!

Coca “don’t blame us for the obesity epidemic” Cola is a leader of information spin when it comes to soda and weight gain. They have an entire “institute” devoted to providing the “truth.” Their message, along with other impartial sounding “associations” like the American Beverage Association maintains that no single thing causes obesity and soda can be a part of a healthy life style. Blah, blah, blah. Hah! If the overall soda intake in the United States was at a healthy level (i.e. having an occasional soda) the soda industry would go out of business.

Did you know that studies that refute the relationship between weight gain and soda tend to be conducted by people who are financially supported by the beverage industry?[4][5] Did you know that the makers of Dr. Pepper donated millions of dollars to the American Dietetic Association (ADA) and in exchange was allowed to place the ADA label on their diet drinks? There are many more examples.[3] How can we trust these “authorities” to tell us the truth about healthy levels of soda consumption and the connection between soda and weight gain?

In the video below, listen closely to the description of how soda is laid out in the supermarkets. Now think about your favorite supermarket. Except for maybe stores like Wholefoods or Trader Joe's, doesn't it ring true? 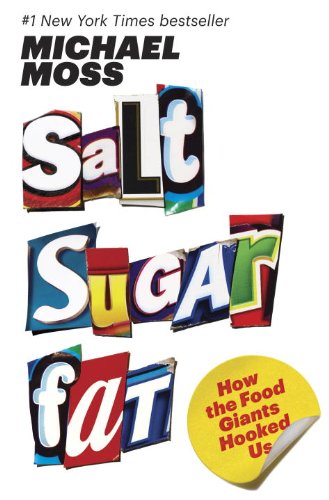 4. They Make it Cheap for a Reason!

Credit: Mike Licht, NotionsCapital.comThe price of soda relative to that of fresh fruits and vegetables is much less expensive. From 1979 - 2009 the price of fresh fruits and vegetables has risen over 300% while the price of soda and other sugary goods has risen 125%.[3] With so many people watching their wallets, less expensive and less healthy foods are tempting to reach for. However, what we save in money we gain in an abundance of over processed foods, full of sugar and beverages like soda that can lead to weight gain.

Coca Cola has marketed their products extremely hard in poor areas such as New Orleans and Rome, Georgia where the people drink three Cokes a day on average. Coke has pushed its campaign to places like Brazil where they made smaller sizes and charged twenty cents per can in an effort to get people hooked. When former Coke chief operating officer in both North and South America, Jeffrey Dunn spoke out about the lack of morality of marketing cheap, bad food to poor people, he was fired.[7]

5. Your Kid is a Walking Target!

in schools in exchange for sponsorship and money (did you know that one such sponsorship required the school to print the beverage's name of its rooftop so that planes arriving at a nearby airport could see it?!)[3], or the incessant advertisements and availability making it hard to resist, soda now makes up 2/3 of the average child’s beverage calories. For every can of soda a child drinks each day, the risk of soda weight gain increases by 60 percent. Sixty percent![4]

When your child is drinking soda s/he is not also drinking healthy beverages like water along with it. The soda is replacing healthy drinks. This gets them addicted early, packs in calories, messes with their genes, not to mention possible teeth and bone decay and more, and yes, can lead to soda weight gain. 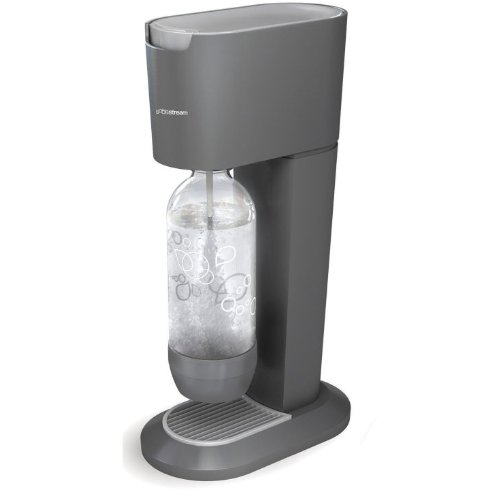 Make no mistake about this. The soda industry has no interest in us being occasional consumers. They want to be every day, multiple times a day consumers. They want us to want and need our soda fix like many coffee drinkers to get going in the morning. Sugar in drinks like soda are the single most caloric food source in the United States.[5]

Most of the information in this can apply to non-soda sugary beverages (i.e. Arizona Ice tea which has more sugar than soda) and a host of sugary foods. Soda has been singled out because of the calorie intake market share it has steadily gained. After all, you can also gain weight from drinking fresh orange juice if you drink enough of it. However, we don’t have an orange juice drinking epidemic on our hands. Once we fix this soda consumption problem and it’s varied negative results such as soda weight gain, I’ll gladly wage war on those orange juice fiends…How dare they give us too much juice!