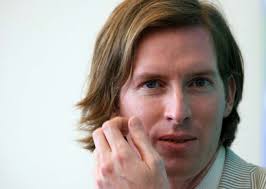 Wes Anderson is the quintessential modern day hipster auteur. His vivid imagination is thoroughly expressed through his writing and cinematic expression. He has directed and co-written five films, Bottle Rocket (1996), Rushmore (1998), The Royal Tenenbaums (2001), The Life Aquatic with Steve Zissou (2004), and the most recent release The Darjeeling Limited (2007) which has a short attached to its release, Hotel Chevalier, which will only be available on dvd. Every film Anderson has been involved in, has its very own specialized stamp and is noticeably his film from the very first scene. It is the eccentric and esoteric detailed characters, blending of music and image, and stylized camera angles which give this personalization of cinema that only Wes Anderson could envision. Even the infamous Martine Scorsese has praised him as one of the better directors of our time. In an article Mr. Scorsese wrote himself for Esquire Magazine, he says “Wes Anderson, at age thirty, has a very special kind of talent: He knows how to convey the simple joys and interactions between people so well and with such richness”.  Born and raised in Texas, Anderson gathered most of his inspiration from his childhood and the friends he surrounded himself with. His first two films were shot in various cities in Texas, without giving that stereotypical big south feel. It was at the University of Texas, where he met his biggest inspiration and co-writer on the majority of his films, Owen Wilson, who also appeared in most of his films as well. Anderson enjoys collaborating with his friends on all of his films, which is apparent in his filmmaking process. It is this very delight that shines through in his films, which make watching them such a pleasurable process. The subject matter of Anderson’s films is a continual theme of the protagonist facing some sort of alienation and internal conflict that is intertwined with anxieties that are often associated with affluence as well as a reversal of roles with children and adults. Rushmore focuses on a precocious teenager named Max Fischer who befriends a classmate’s father who still has yet to grow up, and they develop some sort of perverse love triangle with a teacher at Max’s school. Royal Tenenbaums tells the story of three siblings who are former child prodigies, still stuck in their accomplished childhoods while facing their not so accomplished adulthoods and grasping with their dysfunctional relationship with their father. The Life Aquatic with Steve Zissou emphasizes the life of an aging failure, who is eternally stuck in his boyhood imaginations while coming to terms with the sudden introduction of a thirty year old son to his life. His films are not life altering, and certainly not action packed, they are simply about understanding the joy, inspiration, and struggle of everyday interactions and the often complicated relationships that naturally occur between family and friends. There is somewhat of a formula for Wes Anderson films, or rather recurring elements in every single films. He always has some sort of underwater scene, some sort of personal paternal conflict where a substitute father is found, and the integration of some sort of forbidden or taboo love. Wes Anderson also draws much of his subject matter from his own life and his own upbringing. In Rushmore, the main character writes and directs several plays in his high school, which is a genuine reflection of Anderson when he was growing up in Texas. The Darjeeling Limited is a film about three brothers who are extremely close yet so distant, and Anderson was one of three brothers in which he is incredibly close with. In an article about Anderson for New York Magazine, photographer Gregory Crewdson was quoted as saying “In his films he creates a very particular and unmistakable world, and I guess you could say the same is true in his life.”. The most prominent feature in Anderson’s films that make them so noticeably his, is his distinct visualization. Everything he directs, is filmed mostly through use of a wide angle camera lens, often keeping the camera still except for the occasional close-up and overhead shot for inanimate objects. His trademark visualization, appears at the end of every film where the camera changes speed to slow motion. In the article titled “The Life Obsessive with Wes Anderson”, David Amsden writes  “His impeccably composed wide angle-shots have the feeling of a childhood fantasy: wistful, more than a bit ridiculous, with a darkness creeping in at the edges.” Anderson pays perfect attention to every single detail, like the Dalmatian mice found in the Royal Tenenbaums, this ensures every shot is distinct and stylized and visually stimulating. It is this well planned aesthetics that are the root of the films delightfulness.  The set design and costume design play a huge role in creating such a stylized look, and often having much of it custom made. In the Darjeeling Limited, the ubiquitous luggage featured in the film was hand painted by Marc Jacobs for Louis Vuitton specifically for Anderson. For Team Zissou in the Life Aquatic with Steve Zissou, the team’s uniforms were cleverly matched with wetsuits, red caps, and specially made adidas sneakers. Also, in the Life Aquatic, is the ship that most of the movie takes place on, has some what of a cartoonish feel, especially when the camera pans out to reveal it from a literal dollhouse perspective where the main wall is missing on the shot, and you can view every room on the ship. Every character in a Wes Anderson film are anything but simple. Just like the dialogue, visualization, and subject elements, his characters are as equally thought out and detailed, and often eccentric and esoteric. His characters have attitude, and the main ones are summed up by a quote from the Royal Tenenbaums, spoken by Royal himself “I’m not talking about dance lessons. I’m talking about putting a brick through the other guy’s windshield. I’m talking about taking it out and chopping it up.”. His characters are blunt, and often brutally honest, possibly brought on by their lack of maturity. Most of Anderson’s characters also offer a sense of representation, such as a symbol of hope for the main character or as a symbol of change needed within the protagonist. There is also always a male bond in all of his films, that usually had some sort of deep seeded conflict, usually somehow found in unresolved family issues, however always ends in resolution and a strong sense of companionship, Dignan and Anthony in Bottle Rocket, Max Fischer and Henry Blume in Rushmore, Chas Tenenbaum and Royal Tenenbaum, Royal Tenenbaum and Henry Sherman, both in Royal Tenenbaums, Steve Zissou and Ned Plimpton in The Life Aquatic, and of course all three brothers in the Darjeeling Limited. It is these relationships, which are so raw and blunt, and in your face which serve as catalysts for their resolution. Every character is extremely meticulous, and usually offers a sense of absurdity, however in an Anderson film this offers a sense of completion and normalcy. Wes Anderson himself has laughed at the notion that he is thought of as an auteur. In an article for the online magazine, The Gothamist, Anderson when asked how he feels about being an auteur, he replies with “It’s definitely not something people say to my face. Or rather they say ‘He wants to be thought of as an auteur.’ It’s a way that I might be described if I’m not in the room.”. It is this humility, and candid truthfulness that continues to impress audiences. His films have a sense of humor, which negates any sense of pretentiousness. To be an auteur, in the literal sense is simply to have just authored a film. Over the ages, and through French film criticism this idea has transformed into a continual style implied and enforced through artistic direction. It is without fail, that Wes Anderson has reached auteur status through consistent use of his ever present wide camera lens angles, his pop rock soundtracks, and his detailed and well thought out characterization and visual elements.