The Los Angeles Lakers recently signed forward Wesley Johnson to a 1-year deal worth $1 million. Laker fans who don’t know him might be asking, “who is Wesley Johnson?”, “what can he do for the team?”. Read on to see he is and what he brings to the Lakers.

Wesley Johnson is a guard who played for the Phoenix Suns last season averaging 8 ppg, 2.5 rpg while playing 19.1 mins per game. He was the picked fourth overall by the Minnesota Timberwolves in the 2010 NBA draft. He was also a former NCAA All-American First Team and Big East Player of the Year.

He agreed to a NBA veteran minimum worth $1 million with the lakers which can be seen as a win-win situation for both sides. The Lakers get to save money in preparation for next year’s free agent class while he gets to play and learn in a championship caliber team. He also gets to play in order to show other teams that he is worth giving a good contract if he does well during the year. If ever he does not play to his potential, they do not lose much money and roster space since he is only signed for a year

He gives them athleticism and youthfulness in the backcourt with Nick Young. His improving jump shot could also be utilized in order to space the floor and create better opportunities.

He is not good at getting fouls whenever he drives to the basket despite his athleticism and length. This is why teams sag-off than defend him up close, making him a offensive liability at times.

This deal is good for the team as they get a good player for cheap. This deal is also good for Johnson since he can use this period to prove to other teams that he is still a valuable contributor to a team. 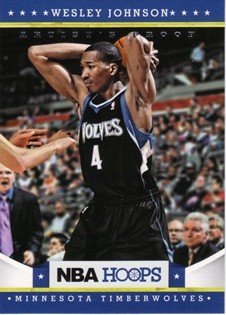