Thanks for reading!
InfoBarrel is a writing platform for non-fiction, reference-based, informative content. Opinions expressed by InfoBarrel writers are their own.
InfoBarrel > Lifestyle > Holidays & Celebrations > Halloween

Hollywood provides us with the best Halloween costume ideas yet again.

Let's take a look at the top ten Halloween costumes ideas for 2012:

While Katniss Everdeen stole the show in the movie Hunger Games with her rugged beauty, heroic bravery, and epic weapon-handling (especially for a girl, right!?), costume makers around the world were taking notes.  So was everybody else.

Here's your chance to get all dolled-up in a sexy costume (but not too sexy, okay, don't get all weird on me here) with our #10 pick, Katniss Everdeen from The Hunger Games.

Surprise! These are still a great Halloween costume idea, teenage mutant or not.

All ninjas are invisible, but we were able to capture this one on camera, a rare occurrence.  Twenty years ago we met the Teenage Mutant Ninja Turtles.  They were in your face and totally radical, dude! (sorry, I had to go there- I really liked this cartoon)  But they weren't real.

You can be a real ninja this Halloween.  Ninja costumes are easy to make- just wear a lot of black stuff.  Perhaps the most frugal Halloween costume idea ever!

Living Dead are everywhere this Halloween

Zombie costumes are going to be a standard part of Halloween for quite some time.  From zombie marches to remakes of old zombie movies, we're sure you'll pass out more than a few pieces of candy to these living dead.  They might just take it, and your arm, too.

Costumes are easy to DIY, just rip up some old clothes, and pour theatrical blood on them in strategic locations such as the knee, heart, stomach, and heel.

Makeup is much more challenging, so consult with a local haunted house (they LOVE talking shop!) or get creative.  Watch, then rewatch, Michael Jackson's Thriller or almost any video by Rob Zombie for more zombie Halloween costume ideas.

If you've got little ones roaming around your cave, especially little boys, you may get ready to buy a dinosaur costume.  Not a purple one, perhaps, but green seems to be the color of choice for the most life-like representation of dinosaurs from prehistoric days.

From infants to grade-school, dinosaurs are a fun, imaginative and sometimes scary Halloween costume that never disappoints.  Easily confused with a pirate's "Aarrgh!", a dinosaur's "Rawr" deserves a little bit more candy merely for playing the part and adding a little scare into the haunted evening.

6: Snow White And The Huntsman

Of course Disney is in the Top Ten!

I haven't seen this movie myself, but it's on my list.  And I think this will be a great Halloween costume idea for 2012.

Winner of 3 Teen Choice Awards, this costume will be a huge hit this fall.  More a teen and adult costume idea than a child's costume, though.  Unless your little one happens to enjoy dark characters and movies, and that's just weird.

Batman is a big hit again

One of the year's best movies, and a popular choice for theatres opting to show entire franchises at a single showing, The Dark Knight Rises lands on our list at #5 Best Halloween Costume Ideas For 2012.

The latest release in the incredible Batman series, The Dark Knight Rises provides us with two Halloween costume ideas for 2012, actually.  Bane, the new villain, and of course, Batman himself.  Expect to see these two battling it out on your street this Halloween.

A parody of Carly Rae Jepsen's 'Call Me Maybe'

Monster High will be the big sleeper hit of 2012 for Halloween Costumes.  One of the most popular movies among teens and pre-teens, also know collectively as "the group most likely to buy a ridiculously expensive Halloween costume," look for Monster High costumes

to fly off the shelves this Halloween.

Who doesn't dream of taking to the high seas and chasing booty?  Ahem.

Even though the only pirate movie released in 2012 was The Pirates! Band of Misfits, look for these little treasure-hunters to grace your plank this Halloween.  Might be time to brush up on your swimming.

Hit movies like Pirates of the Caribbean and The Pirates! Band of Misfits keep the one-eyed jack at the top of the list for best halloween costume ideas.

Get ready yourself with this adult Halloween costume idea from partycity.com.

These adorable little characters are almost candy themselves

If you haven't seen any of the Madagascar movies yet, do yourself a favor and leave.  Right now.  Go to the nearest theater, open up your Netflix, do whatever it takes to get these movies watched.  You'll be glad you did.  As an added bonus, you'll understand why there are suddenly so many trick-or-treaters wearing rainbow wigs this Halloween.

Choose from Alex, Marty, Gia, or any of the adorable penguins.

Another film from Disney, Brave is the story about a little girl who determines to make her own path in life and must battle the customs that bring chaos to her world, using her archery skills and, of course, bravery. 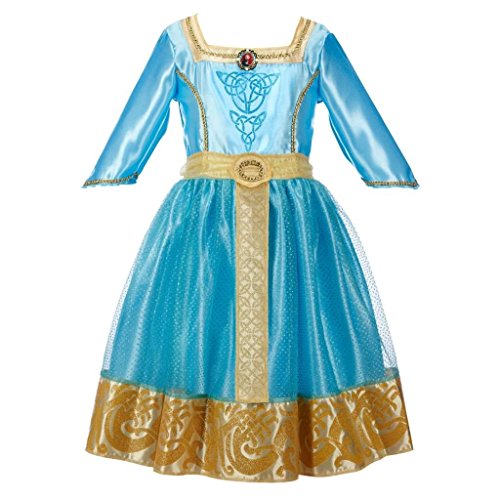