As well as being an avid writer, I am also an enthusiastic gamer, anime fan, movie buff, and love of all things strange. Being as I live with a boyfriend, I am also particularly knowledgeable about cleaning and cooking. You can join me in my adventure of writing for money here at Infobarrel. Sign Up today! Also, I wrote a book! Check out The Guild today!
InfoBarrel is a writing platform for non-fiction, reference-based, informative content. Opinions expressed by InfoBarrel writers are their own.
InfoBarrel > Health > Nutrition & Weight Loss

What Common Food Cravings Mean and Healthy Foods to Satisfy Them

Everyone has had a food craving at some point in their life, whether they realize it or not. It may be there the salty goodness of potato chips, the sweet creaminess of ice cream or the richness of chocolate, but it has been craved to the point where it is impossible to resist. Expecting mothers and hardcore bodybuilders know that cravings are your brain's way of letting you know it is missing some value able piece of nutrients in the body. However, it is easy to decode what your body needs based on what food it craves; there are also healthy ways to satisfy these cravings.

Chocolate is the most popular documented craving. It's not just women who crave it; everyone wants a piece of rich, melt-in-your-mouth chocolate sometimes. What bodies craving chocolate really are saying is that it needs magnesium. What magnesium does in the body isn't as simple as calcium for strong bones or potassium to regulate the heart. It is commonly used to relieve constipation, but is also essential for 300 different chemical reactions in the body to maintain energy levels, relieving stress and maintaining healthy blood vessels. Over 80% of the world's population is lacking a diet with adequate dietary magnesium, thus why so many people have chocolate cravings so frequently.

The healthy way to fulfill this craving is to go for the dark chocolate, preferably a brand with 70% cacao or more. Those really dedicated to their diet can also munch pumpkin seeds (a half cup provides 100% of daily magnesium recommendation), almonds, cashews, pecans, wild salmon, soy beans and bananas. 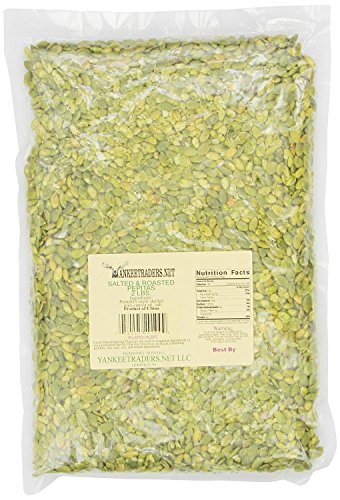 Yankee Traders Brand, Pepita / Pumpkin Seeds - Roasted & Salted ~ 2 Lbs Amazon Price: $11.50 Buy Now(price as of Aug 8, 2016)
The oft-overlooked healthy snack option. Salted and roasted, they are better than peanuts. Plus they are super cheap to buy in bulk and, as long as they are kept dry, last for the better part of ever.

If the craving is not just limited to chocolate, but you seriously need sweets in general, like, right now, it means your body can likely be missing a number of things. Primarily chromium, carbon, phosphorus, sulfur and tryptophan are attributed to serious sweet teeth.

Like insulin, chromium plays a big part in metabolism and regulating blood sugar. Chromium levels can drop with diabetes or just from getting older. Broccoli, cheese, chicken and grapes can all help fulfill the need for chromium.

A carbon deficiency is rare, considering the body is held together by it and so is most food. However, if you are not eating altogether, it's possible. Have anything, especially fruit or vegetables. Essentially anything organic contains carbon. A need for carbon can also spawn a craving for burnt food.

Phosphorus is necessary for strong bones and helps regulate energy by helping to absorption of B vitamins. Any kind of meat as well as many beans and grains hold phosphorus.

It may be stinky, but sulfur is necessary in the body. It is an amino acid that not only is involved in protein synthesis (building cells) but helps produce the connective collagen tissue. Cruciferous vegetables, kale, cabbage and cranberries are all wonderful sulfur-rich foods.

Many believe tryptophan is the amino acid that makes them sleeping after eating half the Thanksgiving turkey. In actuality, it helps in regulating mood and promotes the release of serotonin levels that make people calm, relaxed and sleepy. If you have been feeling a little depressed, don't reach for a turkey sandwich, it actually doesn't have any higher tryptophan levels than any other protein. Liver, cheese, raisins, sweet potatoes and spinach have much higher levels.

Pickles popular stereotype for pregnant women, but anyone can see a jar of pickles in their refrigerator and think, "Gosh, I really want that." When craving pickles, it is actually not the pickle itself you really want, it is the pickle juice. There are a number of vitamins and minerals in pickle juice, but the primary reason people crave it is because of the sodium. Pickles are made in a brine that contains a bunch of salt that the body needs to replenish electrolytes. Heavy soda drinkers and athletes crave pickles because they are dehydrated. Pregnant women often crave pickles in their first trimester because the increase in blood flow requires an abundance of salt.

The best thing about craving pickles is that there is no healthy alternative. They are the healthy alternative. Go ahead and have some pickles or drink the juice. They are low in calories, have zero fat, the vinegar/salt brine helps kill bad bacteria on the inside and the juice itself has a number of other good vitamins in it. Plus, drinking pickle juice after or during a workout can help prevent muscle cramps. Although, because mostly dehydrated people crave pickles and their juice, be sure to drink some water as well. 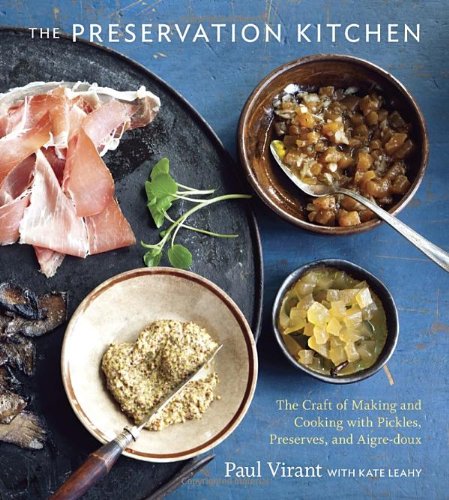 Those craving bread-heavy foods are lacking in nitrogen. Nitrogen is necessary in aiding proteins to build strong muscle, hair, nails and even DNA. Vegetarians and vegans are especially prone to nitrogen deficiencies primarily because they don't eat one of the major foods it is found in--meat. Nitrogen is in all kinds of meat so for meat eaters, it is easy to treat. However, vegetarians and vegans can get it through eating protein-rich nuts and beans. Vegetables like cauliflowers, soy beans, spinach and asparagus are also high in nitrogen, but no fruits have a significant amount.

Many people cut out cheese to help watch their waistline, or just can't eat it in general due to lactose intolerance, but sometimes the craving for it can get absolutely irresistible. The reason people can crave it is because cheese is generally a large source of fatty acids that help reduce inflammation as well as maintain brain and nerve function. Those who can't or don't want to eat cheese should pick up some walnuts, wild salmon or flaxseed which are heavy in essential fatty acids.

Both craving red meat and the desire to chew on some ice are sure fire signs of one deficiency - iron. Menstruating women are often prone to iron deficiencies, but many people, both men and women, can get iron deficiency for a variety of reasons. Sometimes the deficiency is caused by medical conditions like anemia or dietary commitments like veganism. Iron is used in hemoglobin to help carry oxygen from the lungs throughout our body via blood. Those in need of iron should enjoy beef as it contains the most iron out of all the meats, but leafy greens like spinach and kale are also high in iron. Seaweed and black cherries will work as well, in a pinch. Those who are low in iron for no visible reason should visit a doctor to rule out anemia, but never replace with iron supplements unless instructed. Too much iron can be a bad thing as we have limited capacity to get rid of the excess, causing it to build up in the heart, liver and pancreas.