Hi I'm Josh. Thanks for reading my article. If you have any questions or want to ask a question please use the comments below. If you would like to join me in writing article for InfoBarrel than I would be more that happy to help, just drop me a line and I will share what I have learnt. Special Offer: Don't Lose Your Files Get a Dropbox account and get an bonus 0.5 GB. Thats a total of 2.5 GB FREE
InfoBarrel is a writing platform for non-fiction, reference-based, informative content. Opinions expressed by InfoBarrel writers are their own.
InfoBarrel > Health

What Is Sleep Apnea?

I have been suffering from sleep apnea for most of my life. My hope is that those that might be suffering from it seek medical assistance and finally get a good night’s sleep.

Have You Been Here?

Sleep apnea is where person stops breathing while sleeping. This causes the body to be deprived of oxygen for periods of up to several minutes. The lack of oxygen can then cause the person to wake up gasping for air so that the oxygen levels in the blood can return to normal and provide oxygen to the cells of the body. Episodes can happen from 5 to 30 times (or more) per hour and causes the body to be unable to rest and recover properly. It causes the person to wake just after going to sleep, therefore interrupting the non-REM and REM (the important times during sleep) cycles that are needed for proper bodily function.

Sleep apnea’s can be caused for two main reasons. The first is the obstruction of the airway by the relaxing of your muscles causing a blockage. The second is the brain stops sending the signal to breathe. Originally I suffered from the obstruction of my airway but now suffer from my brain stopping my breathing (a small side effect of my treatment), though it is not as bad. I was originally having about 30 blockage caused sleep apneas per hour and now have about 3 brain caused apneas per night.

Unfortunately due to the nature of sleep apnea when people wake from an episode they do not remember gasping for air as it is a subconscious reaction and occurs before they are aware they are awake. Like most people I sought medical assistance only after my mother discovered I would stop breathing for several minutes. I would only start breathing again just before she jumped out of bed to come to my rescue. If it was not for the fact that at the time I was sleeping with only a thin wall between my mother and myself, I would probably continue to go undiagnosed.

The symptoms of sleep apnea are not easy to detect as they have multiple possible causes, however they can include:

I remember having the problem of regularly falling asleep in the most inappropriate places such as on the bus or train and it would happen frequently (I would even fall asleep in church, please don’t tell anyone though) including falling asleep in front of the TV. I ended up having to keep myself busy to help stop myself from falling asleep.

The side effects of sleep apnea can include:

The diagnosis of sleep apnea is through the conducting of a sleep study, where you are wired up to a device that monitors your heart rate, breathing and blood oxygen concentration. The sleep study can be conducted at a sleep center or in your own bed with an at home study kit (supplied by a sleep professional). I did an at home study where I was wired up to a device that was strapped to my chest. After the study is complete the recorded data is then analyzed and a report is then explained to you.

Treatment of sleep apnea can come in many ways, some of these include:

After undergoing my sleep study and being diagnosed with sleep apnea I decided to go with the CPAP machine and have been using it for about two years now. The difference between before and after is incredible and I often wonder how I could put up with being sleep deprived before. I decided to go with the CPAP machine because it has the highest success rate of all of the options. While it was not cheap it has been worth the money many times over. Even though I sound like Darth Vader I will continue to use the device as it has changed my life for the better.

If you suspect that you might have sleep apnea than I suggest going to see a sleep professional. There are many around and the cost of an at home sleep study is not much, especially when you are able to get a good night’s sleep.

Please help your friends by sharing this article.

What Is Sleep Debt And What Effect Does It Have?

6 Tips on How To Sleep Better 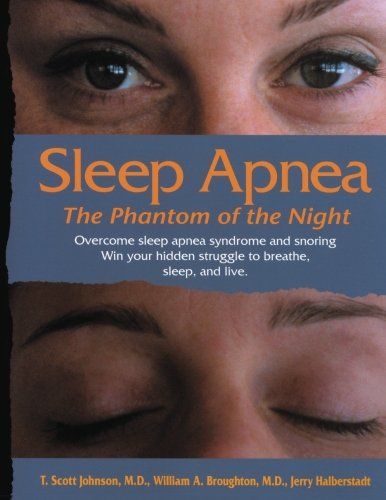 Sleep Apnea - The Phantom of the Night: Overcome sleep apnea syndrome and snoring Amazon Price: $30.00 $15.88 Buy Now(price as of May 23, 2015)
Learn more from the professional and others that suffer from sleep apnea
Make your mask more comfortable with this CPAP pillow
Help stop snoring with a chin strap from ResMed a leader in medical aids
Next >> Zika Shrivels Testes, Drops Testosterone, and May Cause Infertility