Southwest Airlines is the largest low cost airline in the United States. It has more than 46,000 employees and operates more than 3,400 flights per day to 78 destinations in 39 states. At Southwest they pride themselves on doing things differently than other airlines. Let's explore what makes Southwest Airlines so different.

Southwest offers some of the lowest fares in the industry. It is able to do this because you can only find their flights on southwest.com. They do not advertise on travel sites that charge a fee to list their flights. They prefer to give that money to you in savings. They also engage in fuel hedging which insulates the company against rising fuel prices. Since they are making money by hedging fuel, they don't have to raise your ticket prices to compensate for rising fuel costs. A large part of the low fares is the Rapid Rewards program.

Rapid Rewards - The Rapid Rewards program is designed for those Southwest Airlines customers that fly frequently. For every Southwest purchase you earn points towards seats on a flight. There are no blackout dates so you can redeem your points and fly whenever you like. The points also do not expire so your points will always be there when you need them. You can also redeem your points for international flights, cruises, hotel stays, car rentals and more.

Southwest Airlines is ranked #1 in the least customer complaints because of its customer centered policies and procedures. Southwest, they live by the Golden Rule: Treat others the way you want to be treated and it seems to be working. Here are just a few things that make Southwest Airlines so popular.

1. Refreshments - In flight, Southwest Airlines offers free non-alcoholic beverages (including Dr. Pepper which most airlines do not carry), peanuts and pretzels. Alcoholic beverages are available for a small price.

2. No assigned seats - On Southwest planes, you can sit wherever you like. So, you are not stuck sitting beside any particular undesirable person. Or if you prefer a particular kind of seat, like a window seat, an aisle seat or one next to a wing, simply choose one and sit down.

3. Nonstop Flights - Southwest Airlines also has nonstop flights to many major cities. This is a huge advantage because it takes you less time to get to your destination if there are no layovers.

4. Friendly staff - Aboard a Southwest flight, the crew strives to provide Positively Outrageous Service with a fun-loving attitude. The crew also dresses more casually than most flight attendants wearing khakis a button down shirt and a sweater or vest, making you feel instantly more comfortable. Also, they are known to make clever jokes into the speakers of the plane and break out into song. Passengers tend to particularly like the singing.

5. Wi-Fi - Each Southwest Airlines flight offers free Wi-Fi. So, you do not have to lose precious internet time while in flight.

6. More comfortable flights - Southwest only flies big 737 Jets so you never have to worry about boarding a smaller plane at the airport. Also, in January 2012, Southwest began to redesign the interior of their planes. It made the seats lighter and more comfortable and gave them more storage space beneath them. Southwest also implemented netted seatback pockets to increase knee room. They improved seat ergonomics by introducing the fixed wing headrest as well as a bottom cushion that offers better lumbar support.

7. More on-time flights - Southwest has one of the best on-time boarding and arrival ratings in the industry. This is a major contributor to its low level of complaints. Being on-time is especially important to passengers, especially business people who may have meetings or transactions scheduled.

9. Less Fees - It seems as if full service airlines have a fee for everything. You pay a fee for checking your bag, another if you need to change your ticket. There are also fuel surcharges and other little unexpected charges that end up costing you a fortune. Southwest is different. There are no baggage check fees, no change fees and no fuel surcharge. That's right no hidden fees! So you pay exactly what you think you will pay for your flight.

Southwest also has the best safety rating in the industry. Although it has had eight accidents with one hull loss, it has never been responsible for any passenger deaths on any of its planes. In 2008 South west was accused of allowing 117 planes to fly passengers although the planes were not "airworthy". But the proof is in the pudding, they have never crashed a plane! That's really all that matters. This should put your mind at ease if you decide to fly Southwest.

For Southwest Airlines, our planet is one of its passions. Southwest actively does its part to minimize its impact on the environment. As part of this commitment, it uses resources responsibly, conserves fuel and water and recycles onboard and on the ground. In the year 2011 Southwest Airlines recycled more than 2600 tons of waste, diverting it from land fields. It also employs green purchasing practices and implements design and construction practices that meet LEED (Leadership in Energy and Environmental Design) standards. Their attention and care to the environments has resulted in Southwest being ranked number 37 on U.S. EPA's Fortune 500 Green Power Partners. They also have not had to pay any fees for environmental violations. Of course they pass that savings on to you, the customer.

As you can see Southwest is very different from its competitors. It has three passions; its performance, its people and our planet. Those passions are obvious when you fly with Southwest. Not only are you treated very well, but you can take pride in the fact that your trip is not hurting the environment. 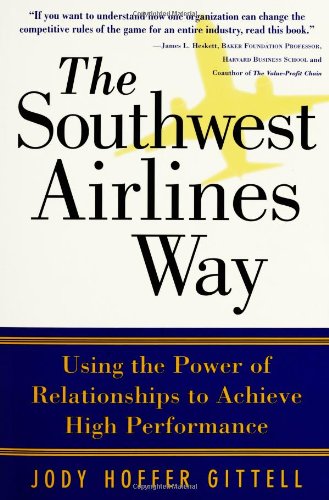 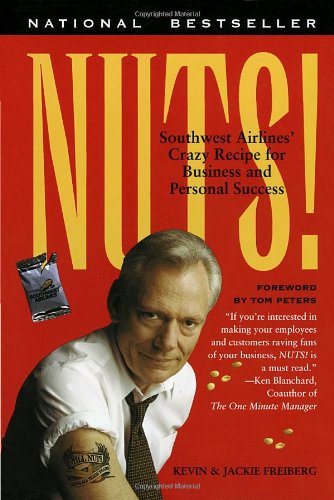