What Makes you Find Someone Attractive?

Beauty is in the Eye of the Beholder

It is impossible to deny, that certain physical characteristics are deemed more attractive than others. However, what each individual finds personally alluring, can differ greatly. For example, some women are attracted to more feminised men like Johnny Depp. Others, prefer lantern jaws and deep rumbling voices. Russell Crowe?

This is all fairly superficial of course, but as it is the physical aspects that often set off the spark of interest, we must take note. So, it is interesting, that, research has found that women who come from countries with low levels of health care, tend to fancy fellas who are more masculine. However, in countries where there is good health care, less early mortality and communicable diseases, women generally prefer more feminized male partners.

It only takes seconds for our brain to register if we fancy someone or not. Scientists at the University of Aberdeen and St Andrews University, have found that while men tend to prefer feminine faces, women are not so straight forward. Hormonal aspects come into the picture with women, as it seems, that when women are in their more fertile stages they favour more masculine men. It is interesting, that women who think that they are the "bees knees" in looks, also favour more masculine men. Meow!

Both men and women fancy symmetry in looks. This is because symmetry indicates good genes. Some people will go the extra yard to gain symmetry, by going under the knife and getting a body and face tweak here and there, to get closer to a Brad Pitt or Angelina Jolie in appearance (insert personal favourites).

Eyes are often cited as features which bewitch and beckon others. However, you can actually fake your eye health and attractiveness, by wearing contact lenses with a limbal ring. The limbal ring is the dark line which separates the white from the coloured part of the eye. This can help make you more tempting to all those roving eyes around about.

It is no secret and no surprise that, men are enthralled by the hour-glass figure in the opposite sex. But, look while you can boys, because the hour-glass figure is going the way of the dodo bird. Extinct. Research data has found that women's waists are getting thicker, as more people are becoming obese --in Western countries at least.

Studies have also found that, when we fancy someone, our eyes dilate. This happens unconsciously, so we are not aware of the messages we are sending out. In other studies, men have overwhelmingly prefered women with dilated eyes, showing that on an unconscious level men are aware of the arousal being conveyed and finding it attractive.

Science has also shown that a "gaydar" exists, allowing gay people to recognise each other. Many heterosexuals can also recognize gay men and women, allowing them to note, that they are simply fabulous! A study published in the Journal of Personality and Social Psychology, found that participants in research studies were able to recognise sexual orientation from photos of people, when only shown the eye region, which you have to admit is amazing!

However, don't despair if you are not a veritable Venus or Adonis, as there are yet other factors in the mix when it comes to attractiveness. For example, we have all noticed the balding old rich dude with the young "trophy wife". We may wonder, what does she see in him? Well, according to findings in evolutionary psychology, the old dude has had his "mate value" increased by being rich and probably powerful. For certain groups, intelligence also increases your mate value in the market place of attraction. Proving that-- brains are sexy!

An even more simple way to be enchanting and inviting to potential mates, is to make sure you scrub up well and exercise, as research conducted by Mehrabian and Blum (1997) found that many people find certain things to be attractive which we can all pretty much work on. Some of these captivating features were: well-groomed hair, nice clothes, a healthy weight and good posture. In in!

But just when matters were looking simpler, more manageable so to speak, the scientists have to go and throw smell into the equation. "Smell you say?" Yes, it seems we are more like our doggie friends than we thought, as we humans also respond to the scent of another person on a subconscious level. In various studies, women have shown greater attraction to men with immune systems that are most different from their own; a factor which would add to the survival and strength of any potential offspring.

So overall, it seems, we are more likely to find someone attractive, if there is a chance that we would have healthy offspring with them. And yet, there is one last factor, which shows how narcissistic we humans truly are: we are more likely to be attracted to others who look like us. This is called homophily and it probably explains why many people also end up with pets which look like them. A sobering thought. No? 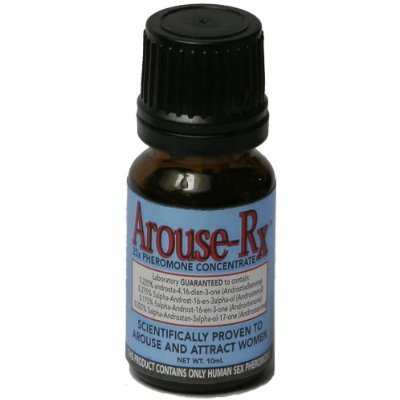 Arouse-Rx Sex Pheromones For Men: Unscented Cologne Additive to Attract Women - 10mL Amazon Price: $99.95 $32.95 Buy Now(price as of May 29, 2015)
Arouse and attract women with the primal power of human sex pheromones. 25x concentration of 4 active ingredients. This highly effective oil will get women's attention and increase your attractiveness. Odorless formula: Use with your favorite cologne or by itself. 90 Day Money Back Guarantee! 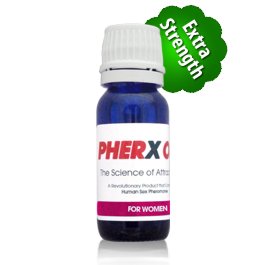 PherX Pheromone Oil for Women (Attract Men) - The Science of Attraction Amazon Price: $99.95 $33.96 Buy Now(price as of May 29, 2015)
Oil Based High Concentration of Human Pheromones Proven Product Developed by Doctors of Biology and Pharmacology 15ml Bottle

Just The Way You Are