What Really Caused The Chernobyl Disaster?

When we hear the words Chernobyl, we immediately think of the Soviet Union and the event which could have instantly killed millions of people. There is no doubt that it was a catastrophic event, but most people do not understand exactly why it happened the way it did.

The construction of the Chernobyl Nuclear Power Plant began in 1970. Eventually, reactor No.1 was fully completed in 1977. The other reactors were finished in the late 70s and early 80s. Chernobyl was supposed to have a total of  6 reactors, two of which were being built during the accident.

During the 1970s, the Soviet Union had immense faith in the nuclear industry. Many young Soviets went to college to study nuclear physics and took pride in their schooling and careers. Nuclear facilities were being assembled all over the Soviet Union, so rapidly that everyone wanting to get into the industry.

The origins of the Chernobyl disaster date back to the 70s and 80s, when the Soviets did have some minor setbacks with reactors. Many of them were kept secret and released to the public at later dates. The chief event that sparked the Chernobyl disaster occurred in 1981. Iraq was close to obtaining a nuclear weapon with the construction of the Osirak nuclear plant. Israel decided that it posed a grave threat to their security and decided to destroy the reactor. The secret Israeli mission codenamed Operation Opera was ultimately a complete success. Iraq's reactor was decimated by the Israeli's. Once this event occurred, shock-waves were sent through the Soviet Union. The Soviets feared a possible attack on one of their own reactors by NATO. What would the fallout be like if NATO hit a Soviet nuclear plant? How many peoples lives would be at risk from radiation poisoning?

The Soviets decided to begin mandatory drills on all of their nuclear plants. They had to completely shut them down in case of a NATO strike. On April 26, 1986 Chernobyl began that mandatory test. The test was done at 1 am because most of Pripyat's population was asleep and power demand was low. The power eventually was entirely shut off. One of Chernobyl's issues was its reactor was extremely antiquated. The RBMK-1000 had a design that was decades old, especially when newer technologies were being developed in the 1980s. The RBMK-1000's primary flaw was once the power was drastically reduced or completely shut off, the reactor would become highly unstable when turned back on.

Eventually reactor No. 4 melted down. The reactor did have some protection, but it clearly was not enough. The reactor blew off the 500 ton cap located on top of the reactor. Gargantuan amounts of radiation spread like wildfire throughout Ukraine and other European countries. Approximately 50 tons of nuclear fuel were shot into the air. Some scientists believe this was about 10 times more than Hiroshima.

There is no doubt that Chernobyl will always be known as the worst nuclear disaster in history. The long term effects it has on people will never go away. After this cataclysmic event, many anti-nuclear groups were reactivated. Many European countries later decided to halt the construction of any new nuclear plants.

Chernobyl should teach everyone a valuable lesson. Even though nuclear technology seemed to be the way of the future, it had massive potential downside. As of today, nuclear power plants still operate throughout the world, even in the Ukraine. Hopefully technicians, scientists and engineers can all collaborate and  create safer and more efficient nuclear power plants to serve the world community. 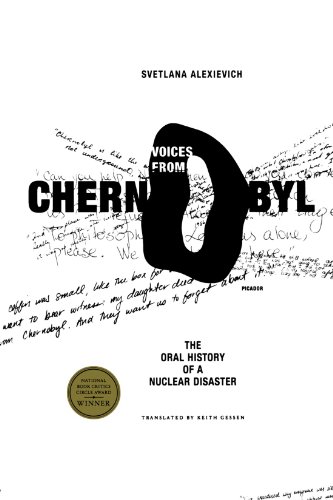