What To Consider When Choosing A 3D Printer

So you've got some pretty cool 3D models and now you want to dive into the world of additive manufacturing, also know as 3D printing. It might be tempting to just go out and buy that expensive 3D printer that everybody's talking about, but will it work for your needs? It depends on what you look for in one of these nifty devices.

Get Started with 3D Printing

3D printing for fun and profit is pretty cool if you get the right machine. My favorite? The FlashForge. It costs $1,199 on Amazon, gets good ratings from average people, and some call it comparable to a MakerBot. 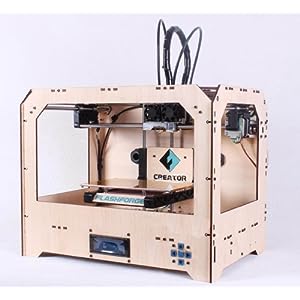