What To Do When Facing Serious Writer's Block

It happens to all of us who have ever opened our favorite word processing software or reached for a notebook and pencil. Whether you're working on a college essay and want to make sure the teacher doesn't catch so much as a sniff of plagiarism or working on the latest novel in your hot science fiction series, you'll be staring at that blank page and the words just aren't flowing. Any writer will have gotten stuck with some serious writer's block at some point in their career.

You shouldn't panic, and you especially shouldn't just sit there and daydream or the problem will just begin to spiral out of control. Writer's block is a solvable problem if you just don't allow yourself to become frustrated at the problem. That scene you want to write could well be in the back of your mind and just needs a little time to come out of hiding. Some things you can do in the meantime include:

You aren't the only one who gets writer's block.

It can happen to anyone, including professional speech writers.

Sometimes making little sketches of my characters playing, fighting, or just going about their daily lives helps me get the juices flowing. I'm no fantasy artist on the level of the Hildebrandt Brothers, but I like to see my cute little anthro-wolves in action and it helps me think. If you're a science fiction writer or have just had trouble deciding whether your protagonist is a brunette or a redhead, making sketches can help set your characters' appearance in your head along with getting the juices flying.

So you really don't think I make sketches? Well, this is one of the colored pencil drawings while writing The Grebsa Network: Snow Puppies. (Oh, it's nothing serious. The Grebsas just get into squabbles sometimes. It's a way to vent extra aggression.)

It doesn't even have to be very good as long as you get something down in your notebook or up on your computer screen. Maybe you're stuck on this one scene, but you have a pretty good of how a future scene is going to progress. Skip to that scene while keeping in mind the way in which it will fit into the rest of your story and it could well bring out another part.

Read part of it out loud.

Do it in a secluded place if you worry about your work being plagiarized or worry about freezing in front of an audience. I like to record it on a CD player and then play it back so I can hear it. (And there's a reason I haven't won any awards for public speaking, but that's another story.) It does help me get an idea of what I want to happen next.

Have parts of your book proofread and critiqued.

If you want to become known as that hot new breakthrough author, you naturally want to make sure that you aren't mixing up homonyms or misspelling words. That means you shouldn't rely on your computer's spelling and grammar checker anyway because it will produce errors that an extra set of human eyeballs might catch. While I'm having my manuscript proofread, I often ask for a professional critique because this helps me catch any places that might have fallen flat and also helps me get out a bad period of writer's block.

Connecting with online and offline writer's communities is more common for me because I can trade critiques with other writers. This is very helpful for those tough months when I can't afford the fees of the professionals. Finding very active communities for science fiction and fantasy can be tough, but I'm a fan of Elfwood.

Put it down and come back to it.

Some authors have admitted to putting away a manuscript for a year and then coming back to see if they can improve it after having it rejected by the publishers. While you might not want to wait that long, sometimes it does help to work on something else for about a week or so and then come back to it to see if you have any fresh ideas.

Write about your interests.

Those of us who are content creators on sites like this one know how tempting it is to cater to the masses and simply review the hot new movies, bands and celebrities. I'm not saying there's anything wrong with that. However, if you write about the topics you are passionate about, you will beat writer's block more often and people who are interested in the same topics you are will find your writing.

You aren't still stuck, are you? No shame if you are. Everybody who has ever put words on a page gets writer's block at some point. (And I'll allow that some of us never get past it. You might remember that classmate who claimed that their dog ate their term paper.) Find out what works for you and stick with it to keep the words flowing. 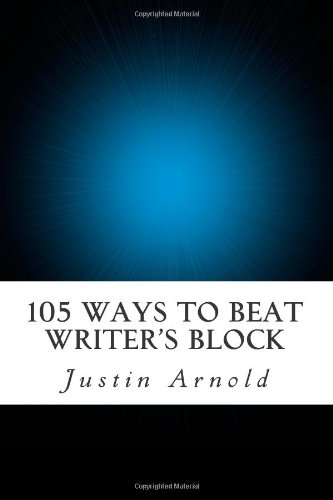