What Was the World's First Published Novel?

I love getting lost in a good novel. I love escaping to a different time or a different culture, and the opportunity it gives me to live life through the eyes of others. I read novels from around the world and enjoy both modern works and the classics. While I know that novels have been around for a few hundred years, I got to wondering exactly how long people have been enjoying them and which novel would be considered the first one ever published.

As with most questions I have in life these days, I decided to Google it, but did not manage to find a definite answer. It seems that several books might be named as the first novel ever published. Participants in a discussion on this topic on Quora10 nominated a variety of candidates from The Book of Job to Gargantua by Rabelais. However, contributors also pointed out that the choice of which one is actually the first published novel will depend on the definitions of "novel" and "published."

A novel is generally defined1 as a fictional prose work which is not just a collection of short stories or a loosely connected sequence of episodes, but rather a long story with a well-constructed narrative with a unified plot which features believable, well-rounded characters. A novel is also defined by its length. It should be longer than both a short story and a novella.  In contrast to plays, which are intended for public performance, novels are intended for private enjoyment by an individual.

Credit: "Tosa Mitsuoki 001" by Tosa Mitsuoki (1617 - 1691) - Source: The Tale of Genji: Legends and PaintingsAlso found at Faculty of Oriental Studies at the University of Oxford website. Licensed under Public Domain via Wikimedia Commons - https://commons.wikime

The Tale of Genji, written by Murasaki Shikibu in the eleventh century to entertain the cloistered court ladies of Heian era Japan, is often named as the first novel ever written. Genji is considered to be a novel because it is a long fictional prose work with a unified structure which examines the psychological motivations of its main protagonist and supporting characters. However, it may also be argued that it is not a true novel because of its weak plot. The tale simply follows the main character through his life as the reader shares his various romantic entanglements, and appears to finish abruptly in mid-sentence.2, 3 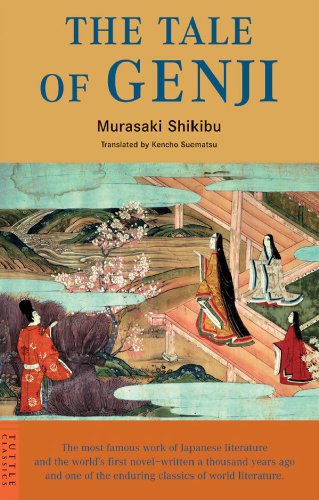 The Tale of Genji Amazon Price: Buy Now(price as of Jun 19, 2016)
Kindle edition

Whether Genji was actually a "published" novel is another question. Publication is a process which makes reasonably-priced printed editions of a work available to a wide audience of literate readers. This was historically made possible by the introduction of mass printing technology and the ready availability of paper. While the Heian court ladies were literate, they probably did not constitute a wide audience. Also, Shikibu's original manuscript was not printed but circulated by means of hand-written manuscripts which were copied and re-copied many times.

An environment favorable for the development of published novels first appeared in China, where paper-making was perfected in 105 A.D. The use of paper for the mass production of printed materials was made possible by the invention of movable type in the 11th century, during the Song Dynasty. The availability of printed books in turn encouraged the spread of literacy and created a market for entertaining fiction4, 5.

Consequently, a serious contender for the title of first novel ever published is The Romance of the Three Kingdoms, a Chinese historical novel written by Luo Guanzhong in the 14th century. In contrast to Genji's focus on personal relationships, ROTK is an exciting epic tale which portrays power struggles between rival powers at the end of the Han Dynasty6.

Luo Guanzhong is recognized as one of China's most talented novelists, and the work itself is considered one of the great classical novels of Chinese literature. Its length and the complexity of its plot definitely qualities this work as a novel. However, its status as a novel may be challenged because it is not an original work of fiction, but rather a re-interpretation of a history of the Three Kingdoms written by Chan Shou in the third century.

Printing on paper with movable type and the spread of literacy began in Europe in the fifteenth century, and enabled the publication of the Spanish work Don Quixote de la Mancha by Miguel Cervantes.  Published in two parts in 1605 and 1615, Don Quixote was an immediate best seller. This is a parody of chivalric romances which is regarded as one of the greatest works of fiction every published7. 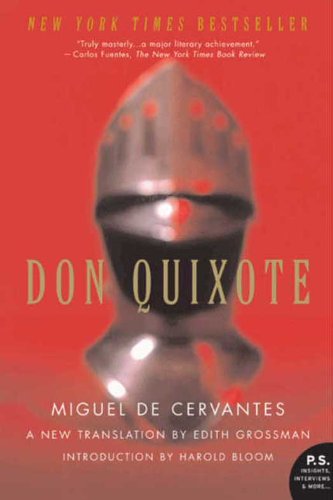 One work often put forward as the first novel in English is Oroonoko by Aphra Behn. This is the tragic story of an enslaved African prince which was published in 1688. Although this is a fictional prose work with a linear plot, it is also a very short work which is often considered a novella rather than a true novel.

Another candidate for the first novel in English is Robinson Crusoe by Daniel Defoe, which was published in 17198. This tale of a lone man's survival on a desert island may have been inspired by Ibn al-Nafis' thirteenth century work Theologus Autodidactus. This is the story of a feral child who was found on a desert island and taken back to civilization9.

Theologus Autodidactus is another interesting candidate for first published novel. It was written by hand in the thirteenth century, making it much more recent than The Tale of Genji, but was actually published in 1671, which was earlier than either Robinson Crusoe or Oroonoko. It is one of the first novels written in Arabic and is also sometimes called the first science fiction novel9.

The development of the modern novel has a long history. Various countries appear to have valid claims to being the home of the first novel ever published for a variety of reasons. However, these claims have also been challenged according to criteria outlined by critics elsewhere. Being the home of The Tale of Genji seems to give Japan a valid claim to having created the first novel ever written. But it is more difficult to determine the first published novel. Apparently, the choice of nominee depends on the cultural viewpoint of the nominator.