Find me on Google+ Like what you see? Think you can do better? Sign up for InfoBarrel!
InfoBarrel is a writing platform for non-fiction, reference-based, informative content. Opinions expressed by InfoBarrel writers are their own.
InfoBarrel > Lifestyle > Education > Preschool & Primary School

Even though I do not have children, this is worrisome to me as a concerned citizen, because, unbeknownst to parents and the public in general, by depriving children of the ability to read cursive writing, we are depriving them of independence and introducing a layer of control between the children and primary source materials.

The Dangers of Losing the Ability to Understand Primary Documents

If you are unfamiliar with research, you may not know that primary source materials are the foundation of all historical research. I realize many people think history is not useful, but I can give you one very clear example of why you should care about primary documents. Imagine, if you will, a world in which only a very few people can read cursive handwriting, and everyone who cannot read it is dependent on those who can.

This means that those who did not learn cursive writing cannot read it for themselves, but must have it interpreted for them by someone else. Such a person, for example, would be completely unable to read the originals of important documents such as the Declaration of Independence, or the Constitution of the United States of America for themselves, and instead would have to rely on someone else who could read the document to transform it into print.

The situation then becomes open to all kinds of abuse by those in power. Those who have read George Orwell's 1984 will remember that the government bombarded its citizens with slogans such as "War is Peace," and "Ignorance is Strength," in a method Orwell (the pen name of Eric Arthur Blair) entitled "doublespeak." Similarly, the people and corporations who control access to and the interpretation of these important primary sources could easily change the text to serve their own purposes while transferring it to printed characters, and few would be the wiser.

In addition, because most historical documents were written in cursive writing, no new research could be performed on those primary sources. Thousands of years of governmental records, letters, household inventories, shipping lists, recipes, family histories, account books, diaries, and other primary sources would become as inaccessible as the mysterious Voynich Manuscript. 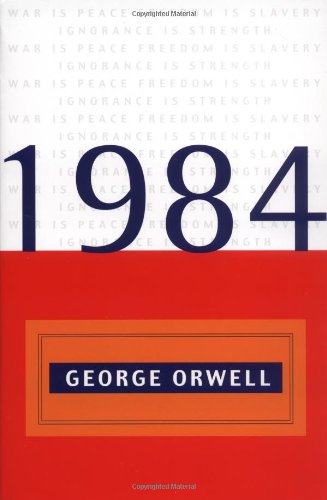 1984: 60th-Anniversary Edition (Plume) Amazon Price: $16.00 $7.88 Buy Now(price as of Jun 12, 2015)
Powerful and disturbing, Eric Arthur Blair's dystopian vision of society comes nearer with each passing year. While the government may not be propagandizing us, we can be certain that media (newspapers--even the comics--, television--even the cartoons--, talk radio, and "news" websites) are sending us messages that we come to blindly repeat and, in time, believe. The importance of this book in examining language as a weapon and a tool of mass manipulation cannot be overstated. If you haven't read it, you need to! 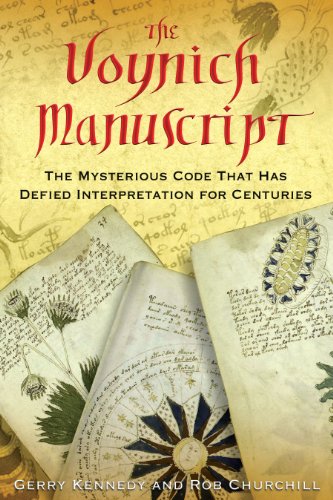 The Voynich Manuscript: The Mysterious Code That Has Defied Interpretation for Centuries Amazon Price: $22.95 $11.98 Buy Now(price as of Jun 12, 2015)
Nobody has yet been able to decode this text. This book presents just some of the fascinating history and personalities behind the mystery. When I traveled to Europe, I was able to get around quite easily because I had studied many languages. When I briefly stopped in Hungary, my experience was shocking. I could not read a single word and every bit of language was completely meaningless to me, although it was clearly meaningful to everyone around me. I suddenly had the experience of being illiterate, and having to depend on complete strangers for every piece of information. I have the same experience upon examining the Voynich Manuscript; it is clearly meaningful, but whatever information it possesses is forever obscure. A book to examine if you wish to know what the future will be like without being able to read cursive writing. The Internet Archive has the full scans of the Voynich Manuscript.

Lest you think I am a complete idiot, or a conspiracy theorist, in this video from the Associated Press, one of the teachers interviewed addresses the problem of losing the ability to read documents written in cursive writing, including family letters and the Constitution.

We are in danger of losing much of the world's history, or worse, having it fall into the hands of a very few, who would be free to alter any aspect of what is taught as history in school to serve their own ends. Whether we realize it or not, this is the real class warfare, and it is happening today. If we do not fight to reverse this trend, soon we will leave the entire history of the human race in the hands of an elite class. Hegel tells us, "What we learn from history is that people don't learn anything from history." We must absolutely, this time, learn from history how an elite class can manipulate knowledge with the object of transforming that knowledge into power, and stop the possibility of this happening now. If your children are not learning cursive penmanship, get a book to teach them. You can download penmanship paper for more practice pages. 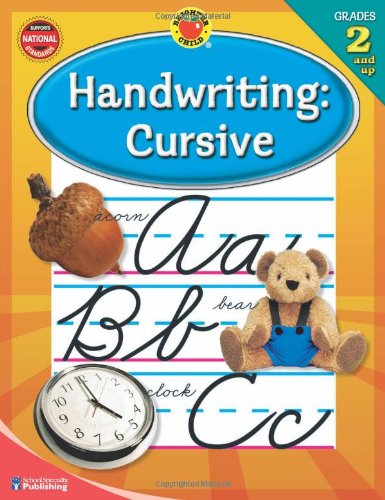 Other Benefits of Cursive Writing

Cursive writing engages different areas of the brain than either printing or typing. In addition, scientists are finding that cursive writing may have many other benefits, as well. Yet new standards teach only "legible writing," and do not teach handwriting at all after first grade. At school age, children need all the brain development they can get, and to cut cursive writing out of the curriculum deprives children of those extra developmental benefits.

Next >> Ladybird - The Books That Taught A Country to Read