With Bitcoin becoming more and more mainstream and being accepted by more people and businesses, what does the future hold for this figurehead of the cryptocurrency movement?

With it getting increasingly harder for miners to mine and the decreasing number of Bitcoin per block, I see an uneasy future ahead that could spell the end for Bitcoin. I see the transaction platform that has been setup to process the increasing number of transactions that are happening each day coming down in a big crash leaving many people out of pocket and burnt by the experience.

Well to give you the answer to the problems that I see ahead for Bitcoin you have to understand the way that crytpocurrency transactions work. As part of the security of the Bitcoins they have designed a decentralized system to take the information from each transaction that occurs and do the calculations to ensure the transaction is legitimate and to transfer the funds from one individual to the other. The way that this is achieved is through a reward process that has been named mining.

Mining in a nutshell is the processing of an ever increasing quantity of data from the transactions that occur each and every day. The miner gets rewarded by processing the required amount of data to reach what is called a block, the problem is that the block continues to get bigger each time and so it becomes harder and harder to complete a block. Currently the block is rewarded with 25 BTC (Bitcoins) but this halves for every 210,000 blocks that are mined. Not only do the blocks get harder to mine but they become worth less and less over time. 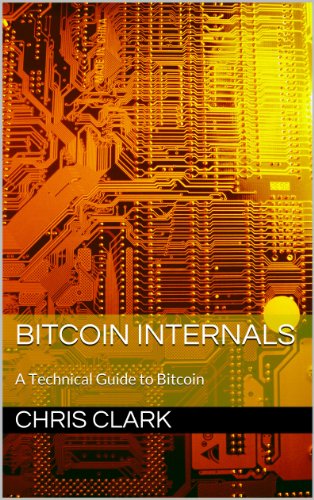 Bitcoin Internals: A Technical Guide to Bitcoin Amazon Price: Buy Now(price as of May 14, 2015)
Learn the all of the internal working of Bitcoin with this technical guide

So What Does This Mean?

So far people have been able to adapt existing technology to allow for quicker processing of the data of each block using less power (using less power is important as electricity is one of the main expenses of mining as it requires computers to run 24/7). What we are starting to see now is the reaching of the limits of current technology. This will mean that the development of faster machines will be determined by the advancement of technology.

So How Does This Effect Bitcoin?

With the slowing down in the development of faster processing power and the continuing reduction in returns, we will start to see people deciding that mining Bitcoin is no longer worth the money considering the time, effort and funds that are required.

This Is What A Professional Set Up Would Look Like

So What Effect Does This Have On Transactions?

With less people investing in new processing power and more transactions happening each day we will start to see an increasing delay in the time it takes to process transactions. This will first of all effect the traders of Bitcoins as they rely on fast transactions in order to move their money into and out of this crytocurrency. This will then cause them to move to more lucrative investing that does not take the time to transact.

What Will This Mean For The Price Of Bitcoin?

This will lead to a decrease in the price of Bitcoin compared to traditional currencies, meaning that more BTC will be needed for the same transactions in the future. This will then put even more pressure on the processing of transactions.

This Is The Only Bitcoin That I Would Buy

1oz .999 Fine Gold Plated Bitcoin Commemorative Round Amazon Price: $3.59 Buy Now(price as of May 14, 2015)
Get a Bitcoin that would still be worth something if Bitcoin Died.

Where Will All This End?

Who Will Be Taking The Train After Bitcoin?

What Will Be Left Of Bitcoin?

I believe that Bitcoin will survive but it will not be the so called future of currency, more of a hobby currency. With Bitcoin being a convenient way for crooks to launder their money it will survive as long as it provides a service for them.

If you are currently involved in Bitcoins then my advice to you is to keep a good eye on the market and watch for the signs of the predictions that I have made. Who knows I could be wrong but it is not something that I am willing to put my hard earned money into.

I believe that a lot of good lessons will come out of Bitcoin and these lessons will be used to build the true future global currency that will take the place of the US$ as the currency of comparison in the future. Bitcoin has started a revolution that will continue and will develop into a whole  new generation of currency that will see the big names entering the market and making it main stream.