I am a retired teacher of English as a second language. I teach on line via Skype, and write on-line articles which reflect my love of travel, language, literature, history and culture. I love writing for InfoBarrel. Why not join me by signing up here: http://www.infobarrel.com/signup.php
InfoBarrel is a writing platform for non-fiction, reference-based, informative content. Opinions expressed by InfoBarrel writers are their own.
InfoBarrel > Environment > Global Warming

The climates of the world are changing. Previously dependable rains are failing as weather patterns become unpredictable, and many areas of the world are threatened with devastating drought.  In addition, individuals are using more water. In fact, the United Nations estimates that the world's water usage is growing twice as fast as its population.

Yet we continue to mismanage the precious water resources which we depend on for survival. I have seen places in California where farmers cannot water their crops while California golf courses are kept green and lush. I have seen new housing development in Southern Arizona built over a rapidly falling water table with no-one giving a moment's thought to what will happen when the water supply fails.

But anyone who takes water for granted might learn a lesson from what has happened to the Aral Sea. Situated east of Turkey and north of Afghanistan, the Aral Sea straddles the border between two little known countries, Kazakhstan and Uzbekistan, which were once part of the former Soviet Union.

In the 1960s the Aral Sea was an enormous landmark on the globe. It was the world's fourth largest lake. The ground around the lake was covered with healthy vegetation which supported a variety of wildlife. The lake played an important role in maintaining a temperate climate in the region, and supported a thriving fishing industry with an annual harvest of 44,000 metric tonnes of fish.

The Aral was a slightly saline lake which, although it had a large surface area, was also very shallow with an average depth of only 16 meters. A fifth of the water in the lake came from rainfall. The rest came from two rivers, one flowing in from the north and one from the south, which had been used for irrigation since ancient times.

In the 1960s, the Soviet government diverted the two rivers flowing into the lake in order to develop agriculture, particularly the growth of cotton, in the surrounding desert. While cotton is an excellent cash crop it is also a thirsty one which requires copious irrigation. The water level in the lake began to drop and, because it was relatively shallow, the Aral began to shrink drastically. By 1987, 27,000 square kilometers of former lake bottom had become dry land.

With the rivers diverted, water evaporating from the lake was not replaced and the salt dissolved in the water became more concentrated. As the water became more saline, fish began to die. By 1980 the fishing industry was completely destroyed leaving behind the rusting and abandoned fishing vessels of unemployed fishermen lying like ghost ships on the dried up lake bed.

As the lake shrank, its ability to moderate the climate lessened. Summers became shorter and hotter, winters became longer and colder, rainfall decreased and winds became stronger. The evaporating lake water left salt deposits behind which were picked up by the wind and dropped onto farmland. It has been estimated that 43 million metric tons of salt was blown off the lake bed between 1960 and 1984.  The salt poisoned soil, making it unsuitable for either pasture or crops, and many areas of previously fertile farmland became salt marsh. The salt spread far and wide. It has contributed to glacial melting and been carried as far north as the Russian Arctic.

The combination of decreasing rainfall and salting of the soil led to soil erosion, increasing desertification and yet more dust storms. It has been estimated that salinisation and desertification have destroyed six million hectares (23,166 square miles) of farmland. To make their soil productive again farmers began using groundwater to flush out the salt. However, in the process they also washed away valuable nutrients, necessitating the heavy use of chemical fertilizers which pollute both the water and the air.

This pollution has caused health problems for over five million people.  Allergies and respiratory diseases such as tuberculosis and bronchial asthma have become more common. The infant mortality rate in the region has increased, with respiratory disease being responsible for 50 percent of child deaths.  Anemia and cancer rates have also increased, while the poor water quality has brought an increase in water borne illnesses such as typhoid, typhus, and paratyphoid.

When the lake began to shrink there was an obvious problem, but very little will to resolve it.  The governments of the states around the Aral Sea basin agreed on a plan, but after the collapse of the former USSR their economies failed and they simply could not afford to implement the solution they had agreed upon. Because of the economic importance of cotton to the region, they continued to divert the rivers feeding the lake.

There are signs of hope, however. The International Fund for Saving the Aral Sea was founded to identify solutions to this horrendous problem.  Thanks to the IFSA, ecosystems are being restored in some areas, and the health of people in those regions is improving as air and water quality improve. The rate of water loss has decreased since the 1990s and there are predictions that the Aral Sea may at least partially recover. 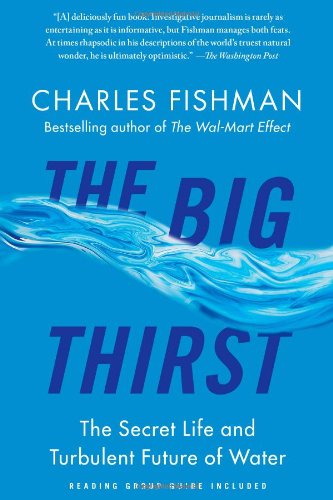 The villains in the story of the Aral Sea include climate change, population growth, economic development and the mismanagement of water resources. These villains also appear in other areas of the world. Lake Chad in West Africa, for example, has shrunk 95 percent since 1963 because of massive irrigation projects. Climate change, overgrazing and deforestation have added to the problem. Europe is increasingly experiencing water scarcity and drought even, surprisingly, in northern European countries such as the UK and Norway which have relatively wet climates. California has been in a drought situation for the last five years and the entire south western United States is poised on the brink of a drought of epic proportions.

Water may also become a political issue. Ethiopia plans to dam the Blue Nile in hopes of preventing the famines it experienced in previous decades. Egyptians, on the other hand, see the damming of the Nile as a threat to their very existence.

Governments, business and individuals all need to play a part in using water smartly and efficiently. As the world's population continues to increase people around the globe must work together to conserve and manage our finite supply of precious fresh water so that there is enough for all.

The challenge we face now is how to effectively conserve, manage, and distribute the water we have.