I am a retired teacher of English as a second language. I teach on line via Skype, and write on-line articles which reflect my love of travel, language, literature, history and culture. I love writing for InfoBarrel. Why not join me by signing up here: http://www.infobarrel.com/signup.php
InfoBarrel is a writing platform for non-fiction, reference-based, informative content. Opinions expressed by InfoBarrel writers are their own.
InfoBarrel > Lifestyle > Family > Parenting

Who is Noam Chomsky?

Noam Chomsky is probably best known as a controversial and outspoken political and social critic who has frequently targeted the media and U.S. foreign policy.

He is also a respected academic who is regarded as the father of modern linguistics. For over 50 years Chomsky has studied the complex relationships between the cognition, language and the mind.  He has published over a hundred books, and his work has been influential in both computer science and psychology.

What is the Language Acquisition Device?

When someone hears the term Language Acquisition Device (LAD), they might think it sounds like the latest clever gadget for international travelers. However, LAD is actually a term created by Chomsky to refer to what he believes is a unique feature of the human brain that enables human children to learn to speak.

Chomsky theorizes that the ability to learn language is an innate human characteristic genetically encoded within the human brain. According to Chomsky, humans are the only creatures born with this capability. He believes that children learn to speak a specific language from the linguistic input they hear around them. For example, a child that is surrounded by a specific variety of English such as American, British or Australian will naturally learn to speak not only English, but will become a perfect speaker of the particular dialect he or she hears.

On the other hand, they will not learn to produce sounds which are not present in English. For instance, they will not learn to use falling and rising tones to change the meaning of a word. So, because Mandarin Chinese is a tonal language, an English speaking adult trying to learn Mandarin will have great difficulty learning to  use tones. However, a baby who receives Mandarin Chinese input from birth learns to produce the tones of the language effortlessly and flawlessly. 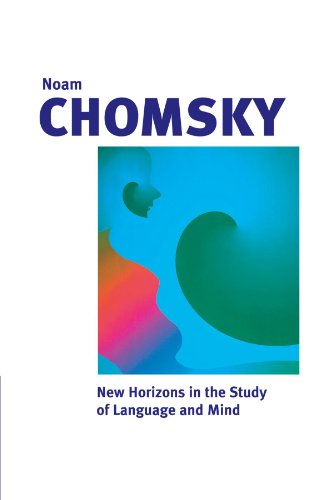 UG defines the parameters of language and makes a limited number of linguistic options available to the learner. These are then filtered by the LAD in a parameter setting process which has been compared to switch setting. For example, a sentence may consist of a subject (S), a verb (V) and sometimes an object (O), and thus provides a limited number of options for word order: SVO, SOV, VSO, VOS, OSV and OVS. Thus, the LAD prompts a child learning English to choose SVO sentence order, while a Japanese child acquires SOV sentence order.

Arguments against the LAD

Many psychologists take issue with Chomsky’s theories, and argue that language acquisition is nothing more than social and behavioral learning. According to behavioral theory, babies learn to speak by copying the people around them through a process of trial and error.  They are encouraged to learn and praised or rewarded for their efforts. Babbling babies produce a stream of random sounds and their caregivers take notice when some of the sounds they make resemble actual words. As their learning progresses, correct utterances continue to be rewarded and reinforced while incomprehensible utterances are not.

Some linguists question Chomsky's theories as unscientific, as simply describing the learning process rather than actually explaining it,  or as underestimating the child's capacity for probabilistic and social learning. It has also been pointed out that Universal Grammar proposes the existence of a complex, specialized brain structure, but that humans have not been using language long enough for such a structure to evolve.

There are several arguments which support Chomsky's proposal that language learning is innate. All children, no matter what their mother tongue, progress through similar stages as they learn a language. All children become competent speakers of their language within four to five years, and use language creatively despite the fact that they are using a highly complex symbolic system.

So how do children learn grammar when they do not receive specific grammar instruction? And why is it that even neglected children are able to adequately learn a language?

To answer such questions, Chomsky formulated a concept which he terms the "poverty of the stimulus." He believes that children do not actually receive enough data from the input they hear to learn to understand all the complex grammatical rules of their language.  This is why he hypothesized that they must have an innate language learning faculty hard-wired into their brains.

Magnetic resonance imaging studies have in fact identified multiple areas of the brain which are each associated with a specific aspect of language.  There are areas where language is processed and where it is understood. Other areas appear to be used for analyzing speech sounds and grammar, while separate areas are involved in speech production. Damage to any of these areas of the brain may result in the loss of a specific language ability.

A further argument to support Chomsky's position is that even intelligent animals such as chimpanzees have no such innate language ability.

While researchers have successfully taught sign language and other forms of non-verbal communication to great apes, none of these animals  have ever achieved native fluency. In fact, researchers generally agree that most of these apes, with the possible exception of Kanzi, the bonobo in the video below, are not really communicating. Rather than using language creatively they appear to be mimicking behaviors they have learned from their trainers.

No one theory is able to explain language acquisition. It may result from a combination of evolutionary, social and probabilistic processes, but currently there is no theory or combination of theories which can provide a satisfactory explanation. While people continue to learn throughout their lives, adults who depend on general learning skills rarely learn a second language as quickly or easily as they acquired their first language, and children’s language acquisition remains a magical process which is still not fully understood.