JadeDragon can help you build a permanant full time income from your online efforts. Â Read his InnovativeÂ Passive Income blogÂ to learn more.Â
InfoBarrel is a writing platform for non-fiction, reference-based, informative content. Opinions expressed by InfoBarrel writers are their own.
InfoBarrel > Lifestyle > Dating & Relationships

What is a Bride Worth? Paying the Bride Price

The Trakiiski Kalaidzhii – or the Tinsmiths of Thrace – are one of Europe’s most interesting cultures. Kalaidzhis continue a semi-nomadic lifestyle, fixing cauldrons and pans as they travel along their traditional routes.  They live in small groups, gathering only occasionally for the “Gypsy bride market".

Kalaidzhis don’t marry outside the group traditionally and western style dating is not allowed without supervision. Because they are nomadic, festival and feasts are one of the the few chances they have to meet potential mates and participate in the bride market.

The argument goes that husbands are not really “buying” a bride says Velcho Krustev, a Bulgarian anthropologist. The bride price is known as “blood for the father” and is more a payment to the father for his personal guarantee that his daughter is really a virgin. According to Krustev, Kalaidzhis see this as the only way to know for sure that the children will be from her new husband.

“The boy buys the honor of the girl and not the bride herself,” Krustev says. “And the husband’s family is buying the right to include the women’s future children in their family line.”

Negotiations often take months, dragged out over many social events. Krustev says the money is not really a “payment” since the money flows back to the couple through financial help and other gifts. Basically the high asking “price” is a kind of proof of ability to provide for his family offered by the man to his bride’s father.

Population Size and Location:  around 18,000 people in Bulgaria, Romania,

Price Range:  Typical price for a Trakiiski Kalaidzhii bride is around $7,000 which is more than a year’s wage for the average Bulgarian. A  really beautiful bride can fetch up to $20,000.  If you are not part of the group, it's going to be hard to marry in.

There are over 800 languages in Papua New Guinea and many distinct cultures.  The difficulty of getting over hills and into other valley's tended to keep different tribes separate leading to this cultural diversity.

Some of these cultures still practice a payment for a bride.  In the group depicted in the video, the friends and family contribute to the bride payment with food, clothing, purses, pigs and cash. Sounds like traditional wedding gifts in Western culture, except that everything contributed goes to the bride's family.

In some cases the bride price payment can be deferred for years after the wedding. Also, the bride's family may not be pleased with the total amount paid.

Population Size and Location:  around 6.2 million people in Papua New Guinea, but only some have the bride price tradition.

Price Range:  Wide variation, sometimes not enough.  This is a generally poor country. 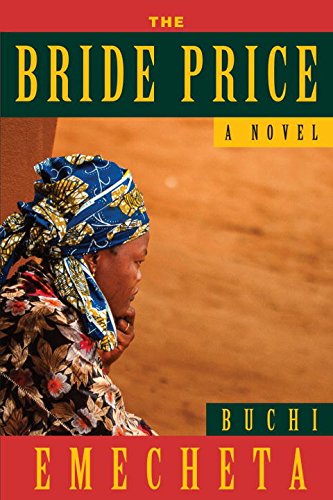 In modern Thailand bride price (pronounced [sÄ­n sòt]) and often erroneously referred to by the English term "dowry") is common in both Thai-Thai and Thai-foreign marriages. The bride price in Thailand is paid at the engagement ceremony, and consists of three elements:  cash, Thai (96.5% pure) gold, and the more recent Western influenced tradition of a diamond ring.

Thais consider the bride payment as a way to allow the groom to demonstrate that he has enough financial resources to support the bride (and possibly her family) after the wedding. However, often when the amount is large, the parents of a Thai bride will return all or part of the bride price to the couple in the form of a wedding gift.

Population Size and Location:  Thailand has 66.7 Million people across the country.  The custom is widespread, but not universal.

Price Range:  The Thai bride price depends on the desirability of the woman.  Women who already have a child from a previous relationship, are divorced, or are thought to have had pre-marital relations cannot command a large or maybe any bride price.  A beautiful virgin, a well educated girl, or a woman of high social standing can command millions of Thai baht in value.