What is an Overdraft Buffer Zone

Use Your Overdraft Wisely

Overdrafting your bank account is rarely planned for, but it can happen for a number of reasons. Perhaps you had an unexpected expense or a deposit that you thought had cleared your account was not credited in time to cover charges. Or, you may be the victim of identity theft and someone else can run up charges with your bank debit card. In any case, overdrawing your bank account can result in penalty fees. Any time your bank account is less than zero pounds, your bank usually reserves the right to charge you additional fees. However, some banks will afford you a buffer zone. What is an overdraft buffer zone? It is your bank’s way of forgiving certain overdrafts and it can save you a lot of money over time.

PurposeA bank doesn’t have to give you a buffer zone when it comes to overdraft charges. For instance, you may be able to overdraft your account by as much as a few hundred pounds without seeing any penalties. A buffer zone should be thought of as a courtesy, since your bank doesn’t really owe you to cover your overdraft without charging you for the hassle of covering your expenses. Don’t abuse a buffer zone, thinking of it as extra cash. You will still need to bring your bank account balance into a positive amount as soon as possible – a buffer is not a loan or free money.

AmountA buffer zone is a specific number of pounds, rather than a percentage of your account balance before it is overdrawn. Some banks only afford a zone of 100 pounds, while the most generous banking institutions will allow you to go over your available balance by as much as 500 pounds with no penalty. Once you go over the amount allowed in the buffer zone, however penalties can get expensive very quickly. You are likely to be charged by at least 10 percent of your overdraft once you exceed the buffer zone. In other cases, you may be charged a flat rate penalty for every overdraft charge once you are out of the buffer zone.

Banks Each bank has its own buffer zone policy, so you shouldn’t expect the same leniency with a new bank that you enjoyed with your last one. Always research your current bank’s overdraft policy if you think you might become overdrawn by a few hundred pounds from time to time. Citibank has one of the most generous buffer zones in the UK, allowing customers to overdraw an account by as much as 500 pounds on a Plus current account. Other lenders, like Mark & Spencer Bank, have a buffer zone of 100 pounds with no interest, but with some interest on the remaining 400 pounds allowed in the buffer zone.

ConsiderationsSome buffer zone allowances are only available to customers who pay a monthly fee to be a part of a premier chequing or savings account. If you won’t be overdrafting very often, it may not be worth it to pay for the upgraded account just to have free overdraft protection. It’s also worth noting that since most buffer zones don’t exceed a few hundred pounds, they are not designed for someone who regularly overdrafts his account by a lot of money. If you are struggling to keep your account in a positive status, a bank loan to pay off creditors may be a better option than relying on your bank’s overdraft buffer policy. Any balance overdrawn above the buffer zone will likely result in denied transactions or cheques that are sent back as insufficient funds.A buffer zone is a helpful tool for time to time assistance staying in the black on a banking account. However, it’s not really a long term solution for staying on top of your finances. This zone merely helps you avoid hefty interest charges and penalty fees, but doesn’t excuse you from having a negative account balance. Think of your buffer zone as an emergency plan instead of something to count on every pay period. On the other hand, if you may become overdrawn at any point it’s worth calling your bank to find out which account types have a buffer zone. 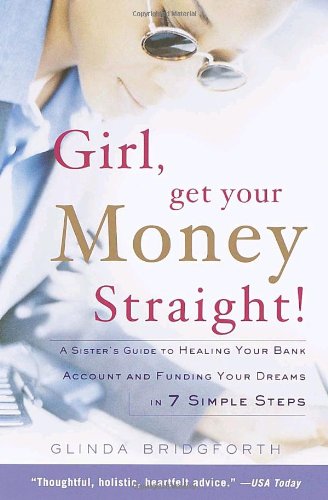 Girl, Get Your Money Straight: A Sister's Guide to Healing Your Bank Account and Funding Your Dreams in 7 Simple StepsAmazon Price: $12.95 $6.48 Buy Now(price as of Oct 17, 2013)
Next >> 9 Cracking Good Reasons To Use Your Credit Card Instead Of Cash